-"What's the difference between an ASRAAM and an AMRAAM?"

-"The AMRAAM is a HOBS BVR A2A missile that takes advantage of the JSF's HMD, while the MBDA ASRAAM is the preferred WVR IR guided A2A missile of the RAF."

Sooner or later, any talk about fighter aircraft is going to delve into a bunch of acronyms, abbreviations, and other alphanumeric salad. Some of these are rather straightforward, others not so much.  This page will act as a quick reference for some of those terms.

I plan to add to this over time, so feel free to check back.

AESA-  Active Electronically Scanned Radar.  Instead of the traditional "dish", AESA radars use hundreds of T/R (transmit/receive) modules.  Each of these modules acts as its own tiny radar.  By altering output of each module, the radar can be "steered".  AESA radars have less moving parts, and their emissions are harder to detect than traditional radars.


AMRAAM-  AIM-120 Advanced Medium Range Air-to-Air Missile.  The successor to the AIM-7 Sparrow, the AMRAAM is a radar guided air-to-air missile.  Unlike the older Sparrows, the AMRAAM has its own radar, making it a "fire-and-forget" weapon.


ASRAAM-  AIM-132 Advanced Short Range Air-to-Air Missile.  The ASRAAM is a short range "heat seeking" air-to-air missile, similar to the AIM-9 Sidewinder.  The the ASRAAM is in use with the RAF, RAAF, and others.  Despite a similar name, the ASRAAM has very little in common with AMRAAM.


CATOBAR-  Catapult assisted take-off, but arrested recovery.  Seen on larger aircraft carriers, CATOBAR operations use steam or electromagnetic "catapults" to launch aircraft.  This allows for much higher take off weights compared to other methods.  Landing is done through through the traditional "hook and wire" method.

CTOL-  Conventional Take-Off and Landing.  Using a traditional runway for take-off and landing.    Most fighter aircraft fit into this category.


EOTS-  Electro-optical targeting system.  Seen on the F-35, the EOTS acts as as both a laser targeting pod and IRST.


HMD-  Helmet mounted display.  A HMD projects flight and targeting data directly onto the pilot's visor.  This enables the pilot to keep their eyes on the target, rather than straight ahead.


HOBS-  High off-boresight.  HOBS missiles are capable of engaging targets to the side, or even behind.  This is usually done either by data-link, using targeting information from another resource, or by helmet mounted display.


HUD-  Head up display.  A hud projects flight and targeting data onto a glass plane in front of the pilot.

IFF-  Identification, friend or foe.  Despite the name, IFF systems can only truly identify friendly units.  They transmit a radio signal that "interrogates" an unknown aircraft.  Friendly aircraft respond, enemy aircraft do not.


IRIS-T-  Infra Red Imaging System Tail/Thrust Vector-Controlled.  The IRIS-T is a short range heat-seeking missile.  Similar to the AIM-9 Sidewinder, the IRIS-T has HOBS capability and is capable of intercepting incoming A2A missiles.

IRST-  Infrared search and track.  These systems can detect and track other aircraft base on their heat signature.  Most IRST systems can be identified by the small ball at the base of the cockpit.  This allows them to mimic the pilot's field of view and project targeting data onto a HMD. 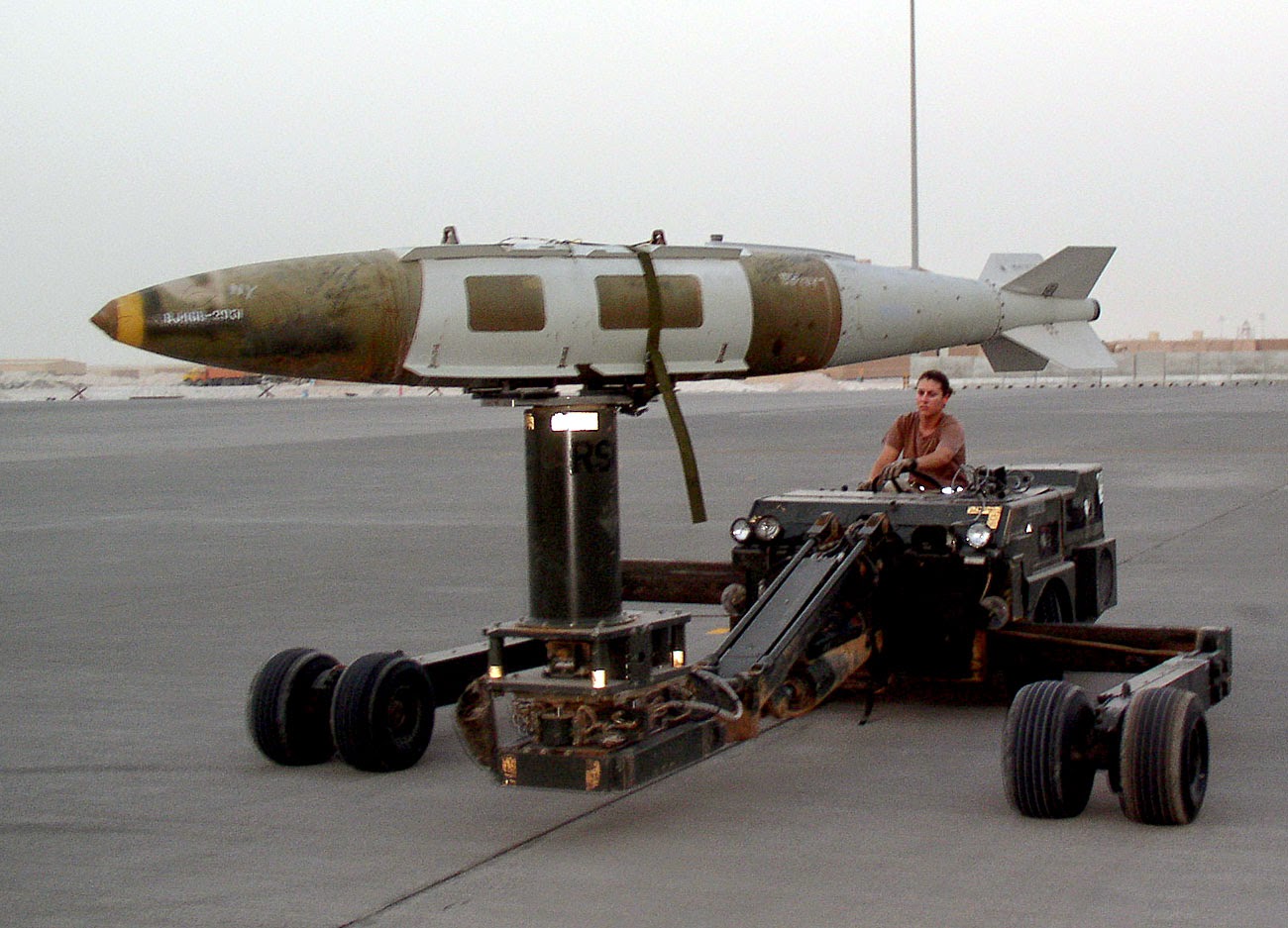 LOAL-  Lock-On After Launch.  Missiles that do not require a target lock before firing.  Can be used in conjunction with data-links and helmet mounted displays.

PESA-  Passive Electronic Scanned Array.  PESA radars are more primitive versions of the AESA radar.  PESA radars use a single radio source, rather than many.

RAF-  Royal Air Force.  The main air force of the United Kingdom.  Currently flying the Panavia Tornado and the Eurofighter Typhoon.  Soon to fly the F-35B

STOBAR-  Short take-off but assisted recovery.  These aircraft take off from carrier decks without assistance.  Steam powered catapults are typically only found on larger aircraft carriers, so smaller carriers typically need to operate either STOBAR or STOVL capable aircraft.

STOL-  Short take-off and landing.  An aircraft that is capable of operating from a short runway.  Typically this means 1,500ft (about 300m).


VTOL-  Vertical take off and landing.  Almost synonymous with STOVL.  Taking off vertically often limits fuel and ordinance however.

WVR-  Within visual range.  Used to describe the more traditional "dogfight" aerial engagement.  WVR combat relies more on aircraft maneuverability.  It also favors short range missiles like the AIM-9 Sidewinder and good old fashioned guns.  HOBS missile capability and HMDs make a big difference here, enabling the pilot to forgo the usual tactics of having to get their sights on the rear aspect (the hottest part) of an enemy aircraft.