Showing posts from November, 2021
Show all

SUPER HORNET IS OUT. BOEING HAS NO ONE TO BLAME BUT ITSELF. 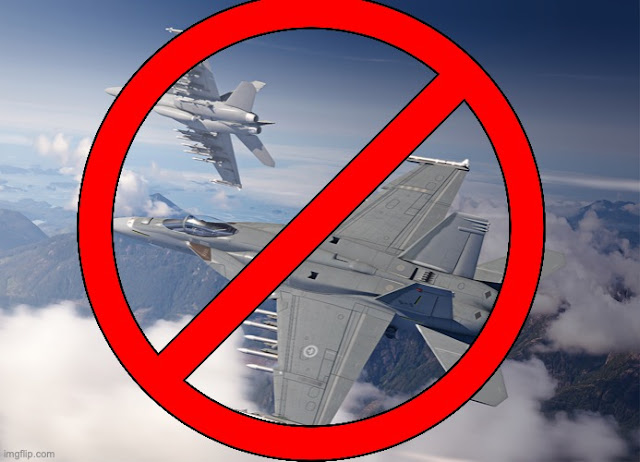 Reports that there would be a "down selection" in the competition to replace Canada's aging CF-18s have turned out to be true...  Sort of.   Despite "industry insiders" predicting that the Saab Gripen will be removed from consideration , that dubious honor will go to Boeing's Super Hornet instead.  This is indeed a big surprise...  If you have not been paying attention.   The most striking fact about the Super Hornet's departure is that, at one point, it WAS going to be Canada's next fighter.  Well...   On an interim basis, anyway .  When the Liberal government formed in 2015, they had done so on the promise of cancelling Canada's F-35 purchase.  The F/A-18E/F seemed to be the most likely alternative.  In 2016, it was announced that Canada would be purchasing 18 Super Hornets as a way of filling a " capability gap ".  While these 18 Super Hornets would not be a replacing CF-18s per se , they could have definitely been used a reason t
Post a Comment
Read more

Sorry it's been a minute since my last post.  Over the last few months, I've made the foolish decision to attempt basement renovations whilst being a healthcare worker in the time of COVID.  Skyrocketing building material prices, forced overtime, and general sensation of existential DREAD has not been kind on my free time...  Nor my psyche .   But hey!  Whenever I feel like I'm in a never-ending clusterf*ck being constantly told "It will all be over soon." I remind myself...  Canada's CF-18 replacement program should also be over soon! Or will it? After years of speculation, controversy, a few Federal elections, an " interim fighter purchase " (that went south) and other nonsense...  Canada really does not seem to be much closer to buying new  fighter jets...  Just a few used ones.  This, despite speculation that the newly formed Liberal government would choose two finalists shortly after reconvening  last month.  So far, it has done no such thing.
Post a Comment
Read more
More posts