Showing posts from April, 2018
Show all

Some of you have messaged me regarding the state of the comments section.  I apologize for not being able to police it given my hectic schedule and desire to spend what little time I have producing content over moderating. In order to help remedy this, I have decided to bestow moderator powers on those that I trust.  If all goes well I will continue adding moderators as needed. For the time being, please welcome Jim Leko (PlayLoud) and Harry White (Harry) in their new roles.    Both have proven themselves knowledgeable resources over in the Facebook group and I wish them well in their new roles here.
Post a Comment
Read more 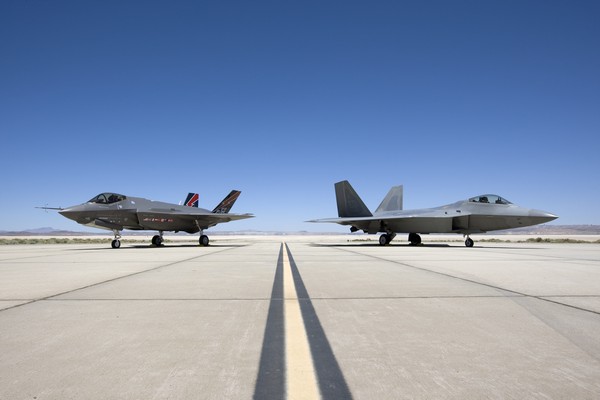 Can we mash these together and make a baby? Unfortunately for fighter buffs, it appears as though Japan may  discontinue its homegrown 5th generation fighter plans . Despite a relatively successful run of its ATD-X, Tokyo has balked at the overwhelming cost of developing it into a combat-ready production model.  The decision is not yet final , but there seems to be little hope left for the " Shinshin ". While Japan is already on the list to receive the F-35, the JSF has always been considered a consolation price for not getting the F-22 .  Unfortunately for  Japan, US law forbade any Raptor exports.  While many would argue that the F-35 is "good enough" it may have a hard time facing Russia's Su-57 and China's J-20 .  This has left Japan pining for a high performance air-superiority fighter to replace its aging F-15J fleet.   So what is Japan to do? Like a superhero leaping into action (or a vulture swooping in) Lockheed Martin is there .  It has
Post a Comment
Read more 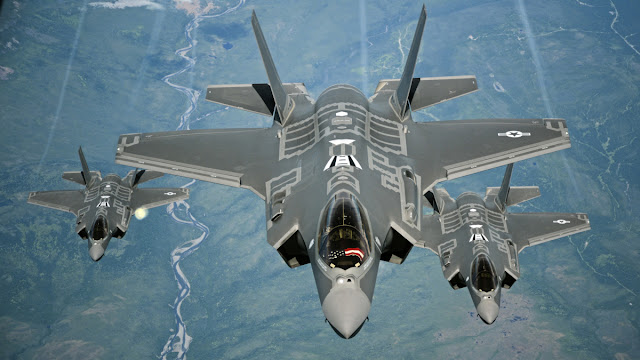 With all the political animosity going on against Boeing, one might think that Lockheed-Martin's F-35 has returned to its rightful place as the likely CF-18 replacement. Time, and the passage of it, works out in favor of the F-35 in Canada.  It has now been over three years since the Liberal Government's rise to power on the promise to scrap the F-35 purchase.  During that time, the JSF program has hit milestones and began to enter service with the US military.  Costs have come down.  Most important of all, its chief sales rival has seen a catastrophic fall from grace.  Given all this, it would seem the F-35 could very well make a Canadian comeback. Well...  Not so fast. In the past, two of the JSF's most worrying issues have been its costs and its mission readiness.  Recent reports do little dissuade these fears. While increasing the F-35's production rate has resulted in a decrease in production cost , its sustainment cost is still outrageously high.  So h
Post a Comment
Read more

CAN BOEING MAKE NICE WITH CANADA?

Block III Super Hornet The Boeing/Bombardier brouhaha can now be delegated to the annals of history.  The C Series is alive and well , thank you very much. After encouraging the Trump administration to impose stiff tariffs on the Canadian-designed airliner, Bombardier fought back with an Airbus partnership .  That partnership would render those tariffs moot by building C Series in the USA.  If that was not enough, the U.S. International Trade Commission unanimously voted to overturn those tariffs .  After suffering that one-two punch, Boeing has decided to drop its case against Bombardier . In its zeal to smother the C Series in its crib, Boeing stepped on toes and made enemies .  First, it raised the ire of the Canadian government.  This resulted in Boeing losing a $6 billion Super Hornet order which otherwise would have been a sure thing.  Not only that, but Boeing also ticked off Great Britain (which builds part of the C Series) and Delta Airlines (the C Series most pro
Post a Comment
Read more

The house is back together in (relative) order and I have a computer again.  Time to get back to work.   Thanks to all of those who sent concern and well wishes.  We made out more or less unscathed from the whole process.  While I wouldn't recommend it, having a house fire turns out to be a great way to get some renovations done.  Of course, my hands are now calloused from assembling IKEA furniture and I have a few more grey hairs. Once I get my bearings, I'd like to find the answers to a few questions: Can Boeing and Canada make nice again? Is the F-35 program still a mess? Will the Aussie Hornets be lemons? Will Canada ever get a new fighter to replace the CF-18? Should I buy a drone ? What's the average airspeed velocity of an unladen swallow? Hopefully we can find the answers to these question (and more) in the upcoming months.
Post a Comment
Read more
More posts