Showing posts from July, 2013
Show all

Thanks to European austerity measures, along with a need for lower-GDP nations for new fighter aircraft, there seems to be few surplus fighter jets hitting the market lately. Low mileage...  Only $61 million O.B.O.  Serious offers only. The Eurofighter Typhoon, especially, seems to be flooding the market right now.  With the Tranche 3 version on the way, some countries appear to be looking to offload the older Tranche 1 model. Germany is  reported  to be looking at Eastern Europe.   Spain has offered  some of its surplus fleet to Peru, while Eurofighter partner EADS has offered  used Typhoons to Switzerland  in lieu of the Gripen NG. South African Gripens, bought for the 2010 World Cup...  Then mothballed. In more depressing news, South Africa is said to considering selling part of its  fleet of Saab Gripens .  South Africa has had issues with its Gripen fleet, as it lacks both the  financial resources  and the  trained pilots  to maintain its fleet of 26.  With 12 of
6 comments
Read more

Russia is designing a new interceptor... Are they on to something? 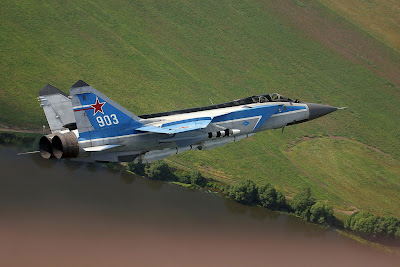 MiG-31, obsolete aircraft...  But not obsolete concept. Recently, Russian officials have admitted to developing a MiG-31 replacement .  This sparked some interest from aviation enthusiasts who have long believed the MiG-31 "Foxhound" was little more of a remnant of the Cold War and would see retirement as the PAK FA and Su-35 became the prevalent fighters in the Russian inventory. Why does this seem odd?  Because in this age of " multi-role " jet fighters, when even the F-22 Raptor is equipped for ground attack , The Foxhound is decidedly single purpose:  Interception. MiG-25 "Foxbat". Developed from the legendary MiG-25 "Foxbat", the MiG-31 was conceived as a sort of a "Super Foxbat" with better detection abilities, longer range, and the ability to engage low flying targets.  The MiG-25 itself was developed to counter the threat of  the B-58 Hustler and (soon to be aborted) XB-70 Valkyrie bombers.  Oddly enough, early exag
8 comments
Read more

Cabinet Shuffle: MacKay and Ambrose out, could this mean a change? 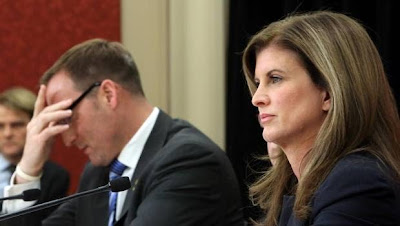 Peter MacKay and Rona Ambrose announcing the "Reset". In today's Cabinet Shuffle , two of the most influential people in choosing Canada's next jet fighter saw themselves transferred to different departments and different responsibilities.  Peter MacKay, former Minister of Defense, is Canada's new Justice Minister.  Rona Ambrose, formerly in charge of Public Works, is now Canada's Minister of Health . Looking for the eject button? Peter MacKay himself has undergone the brunt of Canada's F-35 controversy, not to mention a controversial ride in a Cormorant helicopter.  It hasn't been an easy job by any means, with added delays to the Cyclone helicopter , service personnel needing to take extra jobs to pay bills , not to mention operations in Afghanistan. It's important to remember that, while he may have been the "face" of the Canada's Department of National Defense, MacKay is not the sole person to blame for any issues fa
1 comment
Read more 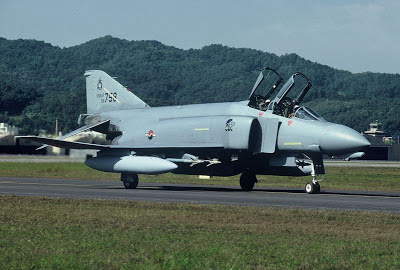 South Korean F-4 Phantom II, due for replacement. Previously, I mentioned South Korea's "F-X" fighter competition as "one to watch"since it pitted the F-35 against the Eurofighter and Silent Eagle...  Well, you might as well watch paint dry, because nothing is happening. Seoul has suspended the program  because none of the bids have come under the $7.2 billion (US) budget.  Well, duh. Canada has allotted $9 billion for 65 aircraft , not counting long term costs.  South Korea wants 60, so the budgets are way off for a similar amount of aircraft.  Did Seoul believe that the manufacturers would keep undercutting each other until jets were being sold at a loss?  That doesn't happen. So what happens next?  Will South Korea up the budget?  Will it reduce the amount of aircraft needed?  Or will it simply wait until one of the manufacturers comes in with an acceptable offer?  Eurofighter has recently made claims about lowering the Typhoon's cost , but
3 comments
Read more 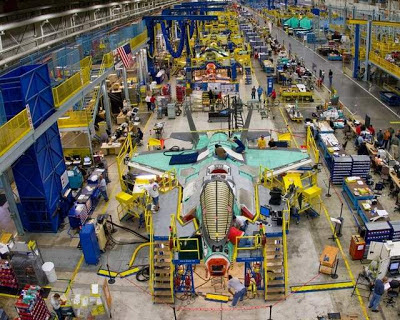 Will it be ready in time? Canada's fighter "reset" seems to still favor the F-35.  Saab has dropped out of the running on the grounds that the deck is stacked in Lockheed Martin's favor.   Contracts are still being signed , and, for all intents and purposes, the JSF is still likely to be Canada's CF-18 replacement. The trouble is...  It's probably going to be late. Despite assertions to the contrary , stating that the F-35A will be entering "initial operational capacity" (IOC) with the USAF in December 2016, the possibility of replacing Canada's CF-18 fleet with Lightning IIs by 2020 is looking grim.  For one thing, the F-35s IOC will be extremely limited in terms of combat ability with the "go to war" Block 3F software unavailable until the latter half of 2017.  The kicker here is the numbers involved, between 12 and 24. Of course, there is always the very real chance of the F-35 program getting delayed further.  Either due
4 comments
Read more
More posts