Showing posts from April, 2020
Show all

BACK TO BASICS: SPEED 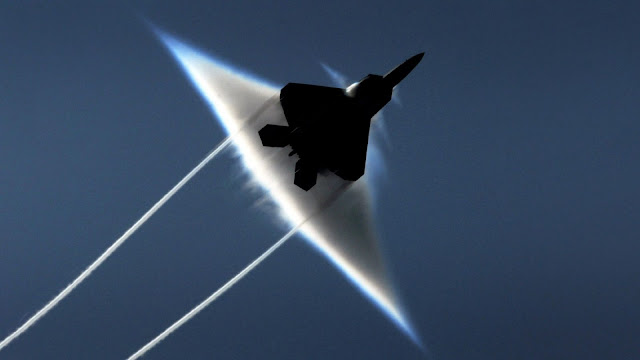 Welcome to "Back to Basics"; an ongoing series in which we will attempt to "get back to basics".  Each week (or so) we will examine one crucial aspect of a fighter and how the fighters vying for Canada's FFCP compare.   What makes a fighter aircraft...  A fighter?   The ability to carry offensive weapons is the primary factor, obviously.  So is detection equipment, maneuverability, range, and (recently) stealth.  What really excites our inner 12-year-old when it comes to fighters, however, is speed.   It is a fair assessment.  What good are weapons if you cannot catch up to your target?  A long-range fighter bristling with weapons, sensors, and lots of fuel ends up to be a middling platform without the speed to put it all in play. Since conception, fighter development has focused on speed.  Speed is not only makes a fighter deadly but acts as its greatest defense.  Speed allows a fighter to intercept enemy bombers and catch ground targets
Post a Comment
Read more

WHO IS IMP ANYWAY?

When Saab first hinted that its offer would include Canadian-built Gripens, many assumed that Bombardier would be the likely partner.  It seems obvious, Bombardier is Canada's largest (only?) aircraft manufacturer, and they certainly could use the extra cash. The trouble is with that assumption is that Bombardier does not build military aircraft.  Well...  Sort of...  Bombardier designs have been used as the underlying platform for several military aircraft, notably Raytheon's Sentinel R1 and Saab's GlobalEye and Swordfish (all based on the Global 6000), but Bombardier itself has never aspired to compete in the defence market.  Sure, they did buy out the remains of Canadair , but that was forever ago. Saab has instead chosen to partner up with IMP Aerospace and Defence .  This announcement  likely threw a few people off, as IMP is not as well known as Bombardier.  Also, technically , IMP does not actually manufacture any aircraft itself.  I say "
Post a Comment
Read more 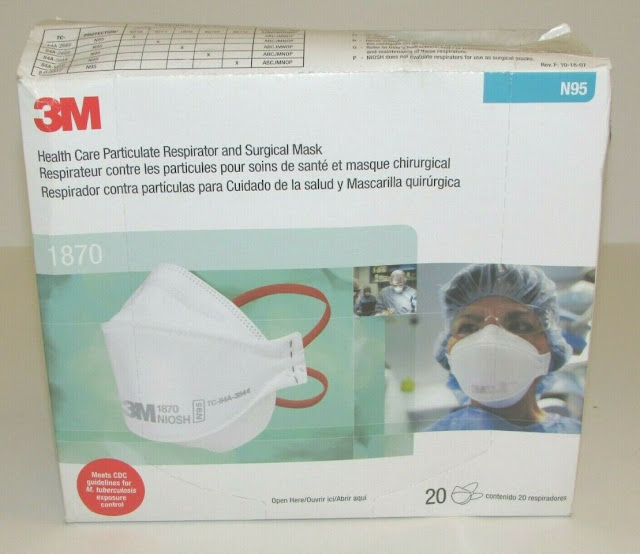 More valuable than gold right now.   Canada has just received a harsh lesson on self-sufficiency. As the Coronavirus pandemic ravages the globe, it has brought to the fore shining examples of both the best and the worst of what humanity has to offer. We see acts of kindness, like people helping seniors collect their groceries or buying coffee for healthcare workers .  We see a moonshot effort to find treatments  with finding a cure as the top priority .  Everyone seems to be doing whatever they can to pitch in, whether it be sewing masks at home or simply providing entertainment  for a much needed distraction during these anxious times. Unfortunately, we also see acts of selfishness and ignorance.  Hoarding toilet paper has become a meme for being a prime example of both.  There are heartless landlords demanding rent from suddenly unemployed tenants.  We see " snake oil salesmen " peddling fake cures .  We have seen racist assaults  and other disgusting acts .
Post a Comment
Read more 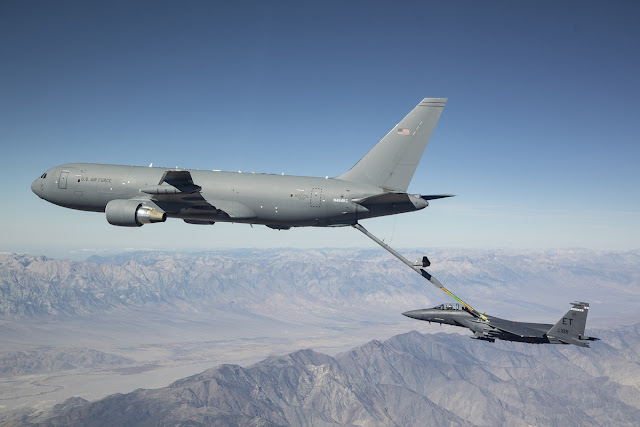 KC-46 Pegasus fueling an F-15 Aerial refueling is nothing new. In theory, aerial refueling is a simple concept.  Take one, preferably large, aircraft with the ability to carry much fuel as possible.  Then modify that aircraft with some sort of umbilical that can connect to another aircraft while both are mid-air, allowing fuel to be transferred from the tanker aircraft to the other.  This allows the freshly refueled aircraft carry on with its mission when landing would not be possible or otherwise inconvenient. The first successful aerial refueling happened almost 100 years ago , only a scant 19 years after the first powered flight.  The concept began more widespread military use in the early days of the Cold War following World War II .  Since then, the ability to provide in-air refueling has become a core capability for almost every modern major air force. For the United States Airforce (USAF), aerial refueling has become a vital asset.  The United States military depends
Post a Comment
Read more
More posts