Showing posts from June, 2016
Show all

How to frame a Super Hornet purchase... [RANT] 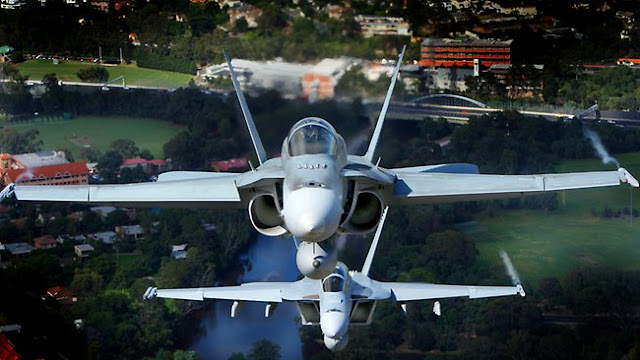 Changing of the guard? Let me make one thing abundantly clear:  I do not consider the Super Hornet to be the "Best Fighter for Canada"™. The Eurofighter Typhoon offers better performance.  As does the Rafale.  The Saab Gripen E/F offers the best bang-for-the buck.  The F-35 is undoubtedly the future.  So why am I so ecstatic about reports that the Super Hornet is on track to become Canada's "interim" fighter? Put simply, the Super Hornet offers a substantial capability upgrade to our aging CF-18 fleet.  While it does not fly faster, nor is it more agile than the current CF-18, it does benefit from a much improved range, payload, and avionic suite.  Best of all, the Super Hornet represents the safest choice.  It is a tried-and-true platform that offers an easy transition. News of an "interim" Super Hornet acquisition is certainly better than no news at all. Some are calling foul, however.  The Liberals did promise to hold a "fair and op
Post a Comment
Read more 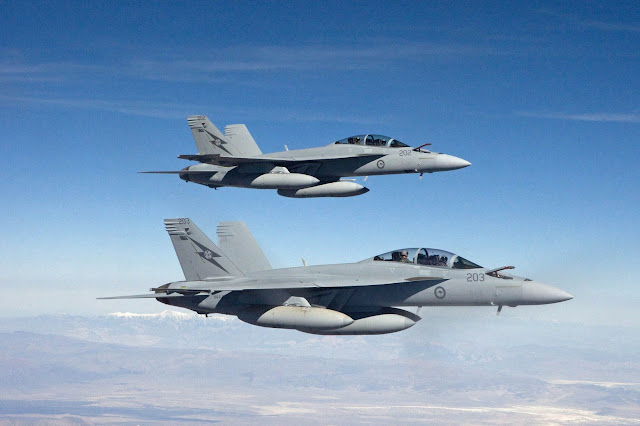 RAAF Super Hornets An official announcement has yet to be made, but the Trudeau's government's rumored acquisition of Super Hornets has already drummed up controversy.  Not the least of which conjures up the dreaded "S-word"...   No, not that one . We are talking about the dreaded act of "sole-sourcing".  The awarding of a fat government contract without a full bidding process.  This does indeed raise concerns, as the vender is under no pressure to provide competitive pricing.  Unfortunately, the rumored "interim" Super Hornet acquisition does exactly that. So why would the governing Liberals do this, especially after campaigning on the promise to hold an open and fair fighter competition ?  Not only does this seemingly break an election promise, but if makes them appear as hypocrites after criticizing the Harper government for sole-sourcing the F-35. Is sole-sourcing truly such a bad thing, however? Let us look at a few examples, conve
Post a Comment
Read more 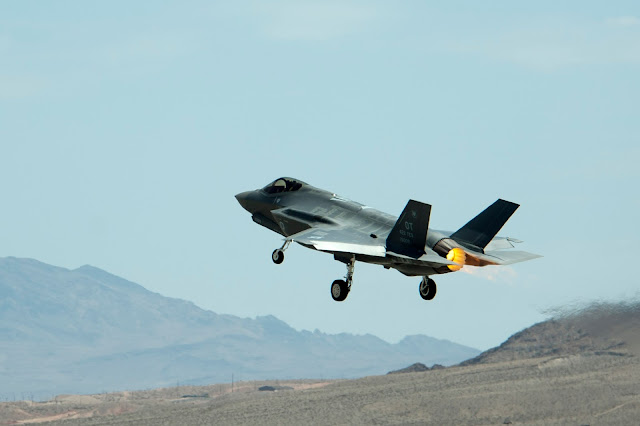 "See ya!" Earlier this week came reports that the Trudeau government is close to acquiring F/A-18E/F Super Hornets as "interim" fighters to address a capability gap. Now comes word that somebody "forgot" to mail the cheque required to stay in the Joint Strike Fighter buyer's club . Coincidence? Possibly, but only if you still believe in the Tooth Fairy, Santa Clause, and that vaccines cause autism . I don't know about that paint scheme... One thing is for sure.  Things may finally be coming to a (sort of) conclusion in Canada's long, drawn out CF-18 replacement process. In the meantime, enjoy the fireworks.
Post a Comment
Read more 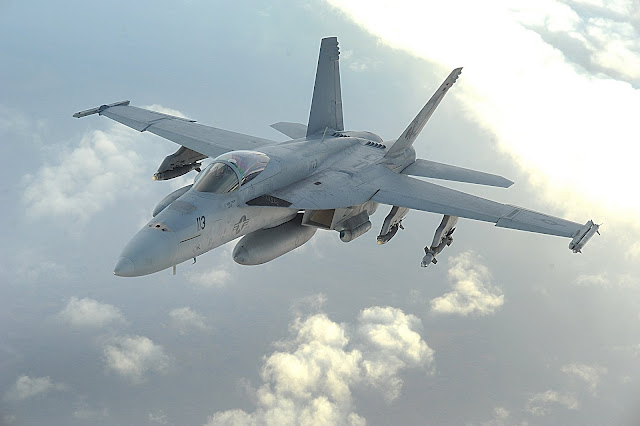 F/A-18E Super Hornet The National Post yesterday announced that the current Liberal government is making plans to acquire the F/A-18E/F Super Hornet as an "interim" replacement for the CF-18. The story can be seen here . It is important to note that there has yet to be an official announcement.  The National Post does state that the story was confirmed from "multiple sources", however. Purchasing or leasing the Super Hornet as a "interim" fighter would follow Australia's example .  In 2011, the RAAF announced plans to purchase 24 Super Hornets as a way to bridge the gap between its aging legacy Hornets and its eventual acquisition of the F-35A Lightning II. In retrospect, one can see that a major announcement should be forthcoming.  Defence Minister Harjit Sajjan recently stated: “ Our fleet of CF-18s need to be replaced now. And the fact they have not been replaced means we are facing a capability gap in the years ahead ,”  This cont
Post a Comment
Read more 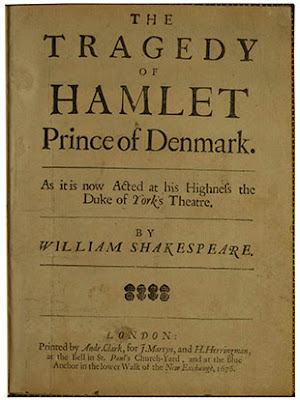 Another Danish tragedy... To F-35 or not to F-35-that is the question: Whether 'tis nobler in the mind to suffer The high operating costs and low availability rate, Or to take arms against the American Military Industrial Complex, And, by opposing, send them a clear message. To choose, another- No more-and buy another jet The setbacks and the overwhelming costs But stealth is needed and "Fifth Generation" Devoutly to be wished.  F-35:  Foregone conclusion? After a long (but not by Canadian standards) process , Denmark has chosen the F-35A Lightning II to replace its aging fleet of F-16s.   When one takes a closer look as to why  the F-35 was chosen, it becomes clear that something was rotten in the state of Denmark.  There is likely a very good reason why Saab bailed out at early stage . This left the JSF, the Typhoon and Super Hornet as possible contenders. Sandbagged Super Hornet Some Danish pilots have gone on the record favoring the Super Hor
Post a Comment
Read more
More posts