Showing posts from December, 2014
Show all

The JSF's EOTS will be obsolete at IOC. 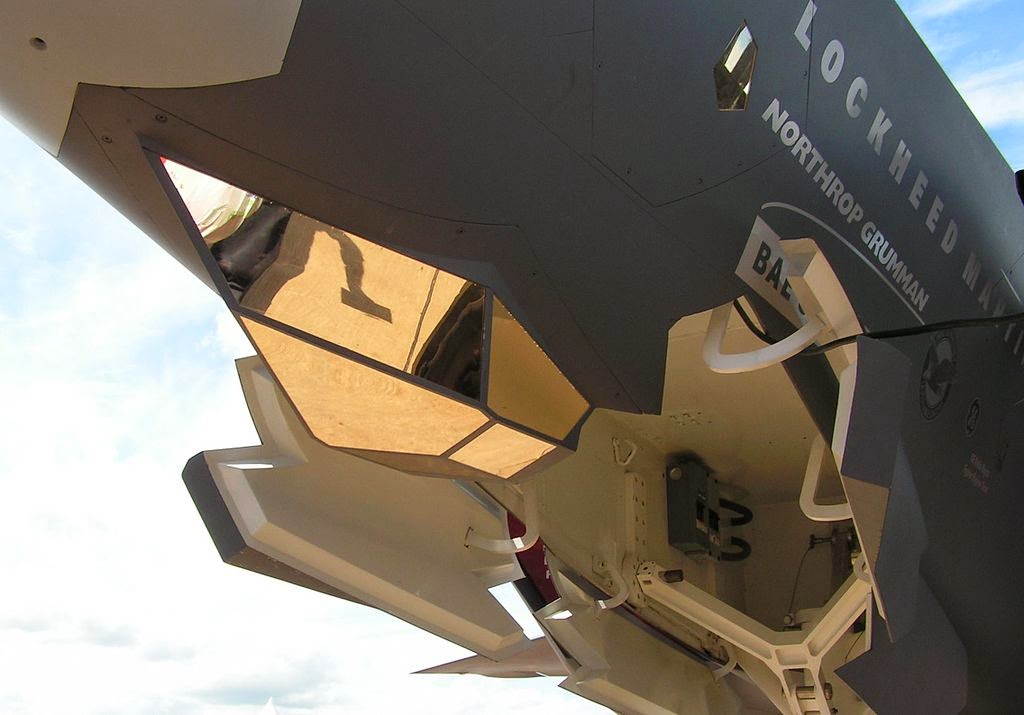 The EOTS is already out-of-date. One of the F-35's "killer apps" is its Electro-Optical Targeting System (EOTS).  It is a great idea in theory:  Instead of hanging a bulky targeting pod off of the aircraft, the JSF basically has one built in to the airframe.  This way, the F-35 keeps its stealthy profile and frees up weapon stations. It really would be a rather elegant piece of engineering...  If targeting pods never evolved. The JSF's EOTS is based on Lockheed Martin's own Sniper Advanced Targeting pod .  It is a great piece of kit and it is currently in use on Canada's own CF-18s  in the form of the Sniper XR.  This is the very same version from which the EOTS is based on. Sniper XR mounted on a CF-18 There is just one small problem.  The Sniper XR first entered service in 2006 and has already been outclassed. Earlier this year, Lockheed Martin's own Sniper ATP-SE entered service with the USAF .  This newer version not only has better s
Post a Comment
Read more

[RANT] No Virgina... The Arrow isn't the best fighter for Canada. (But it could be something else...) 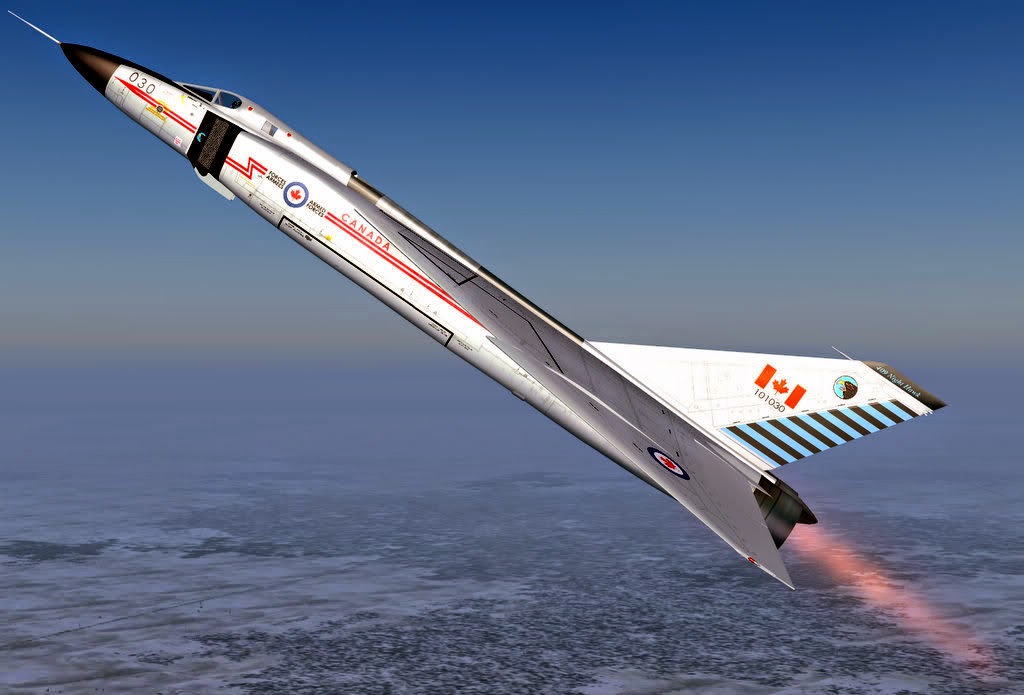 It seems that every few weeks, another discussion comes up on the BF4C Facebook group  regarding the Avro Arrow.  More specifically, that an updated Avro Arrow would be the best replacement for the CF-18 Hornet. At first glance, it does seem like an attractive option.  The Arrow was, and always will be a testament to Canadian engineering prowess.  Its resurrection could be seen as correcting a decades-old mistake. The Joint Strike Fighter has not exactly proven itself popular with Canadians , so the timing may be right to bring the Arrow back . Except it isn't. I have brought up the idea of a modernized Arrow plenty of times before, but let me make something abundantly clear:   THE ARROW WOULD NOT BE A SUITABLE CF-18 REPLACEMENT.   Period.  Full stop.  End of sentence. The Avro Arrow was designed towards a single purpose, intercepting Soviet bombers before they could pose a threat to North American targets.  There is a pretty good chance it would have been great at this
Post a Comment
Read more

Catching up with JSF news.

Once again I have to apologize for my lack of posting lately.  The holiday season is always a busy time of year for me, and this year the chaos has been upped to the nth degree.  There is light at the end of the tunnel, however.  Hopefully, the new year result in things going back (relative) normal. In the meantime, I want to thank everyone for participating in the "What if" series of questions. There has been a lot going on with the JSF in relation to Canada, however, and I would not feel right if the latest developments went unnoticed. So lets get to it, shall we? The F-35 needs cool fuel. F-35 fuel truck, painted white. It all started when the USAF released photos of F-35 refueling trucks.  Instead of the usual olive drab, the tanks were painted shiny white.  Why?  Because the JSF uses its onboard fuel as a method to cool its various systems.  Imagine if the radiator in your car held fuel instead of coolant.  Instead of cooling just the engine, this fu
Post a Comment
Read more

What if... You could ask Santa for Canada's next fighter? 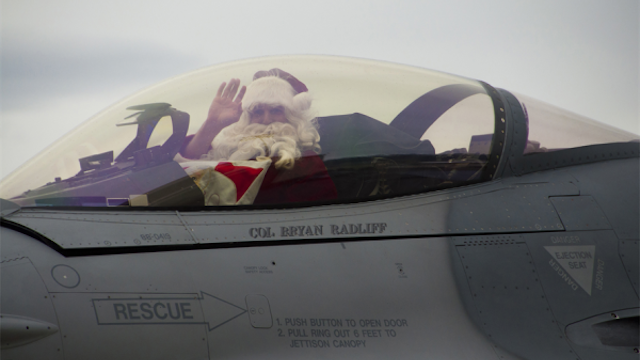 For those of you who responded with concern to last week's question about possibly buying the Chinese J-31:  No, I am not experimenting with any recreational pharmaceuticals (any more than usual). The majority of you (71%)  think I am possibly off my rocker for suggesting Canada would ever consider non-NATO hardware.  You are probably right.  Still, the point of these "What ifs" is to promote blue-sky thinking without limits. Since we are approaching the holiday season, this week's question lets you write a letter to Santa.  What kind of fighter would you like to see under the RCAF's tree this year?   Do not be shy. Want a resurrected and modernized Arrow?  Ask away. Should the elves start building the F-22 again? How about the YF-23?  Lots of kids seem to be wishing for that one! Maybe just a "Canadianized" F-35 that works (and costs) as it should? Carriers? Something else?  Please comment below.
Post a Comment
Read more

What if... Canada bought Chinese? 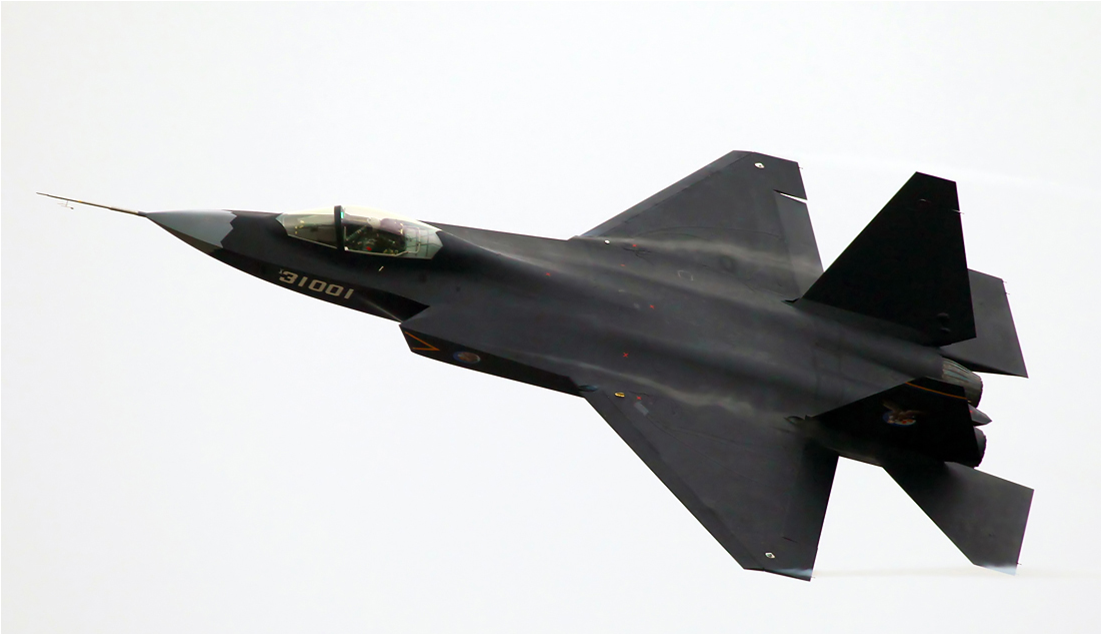 ShenYang J-31 Another close vote for last week's "What if".  At 37%, the Gripen is the most favored choice for a possible interim fighter for Canada.  Two other options, the Rafale and Super Hornet are almost tied at 26% and 25% respectively.  No love for used Typhoons or other choices, however. This week's "What if?" goes into completely different territory.  Of all the "What ifs" presented here, it is the most improbable.  No, I have not last my damn mind (that happened long ago).  The whole point of these scenarios is to open up our minds and consider everything, so why not go completely off the deep end? China does not have a good reputation when it comes to building combat aircraft.  For the most part, their expertise seems to be in designing home-grown versions of Russian aircraft .   China has been combatting this reputation, however. Knock-off? While some have dismissed the Chengdu J-10 as a knock off of the stillborn IAI La
Post a Comment
Read more

What if... Canada needed an interim fighter? 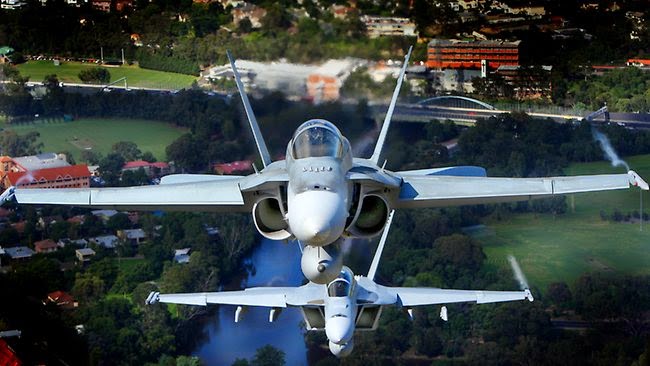 Old n' busted...  New hotness. It looks like the majority of you agree with my preference for a mixed fighter fleet consisting of Gripens (61%) and Super Hornets (43%).  Surprisingly, the F-35 would be the third choice (at 28%) for a mixed fighter fleet.  Neither the Typhoon (16%) or Silent Eagle (14%) got much attention, but the Rafale (at 24%) did.  I would argue that the Rafale is well-rounded enough that it would not really need  a second fighter type to back it up. Today's "What If" poses a similar question, albeit with a major difference.  Instead of picking two fighters and moving on, we will merely pick out a single fighter as a "bridge" to shore up the RCAF fighter fleet until the F-35 (or whatever) arrives.  This is similar to what the RAAF has done when it selected the Super Hornet as an "interim" fighter to make up for the delay in its F-35 acquisition. The federal governement has already stated that they will extend the life of
Post a Comment
Read more 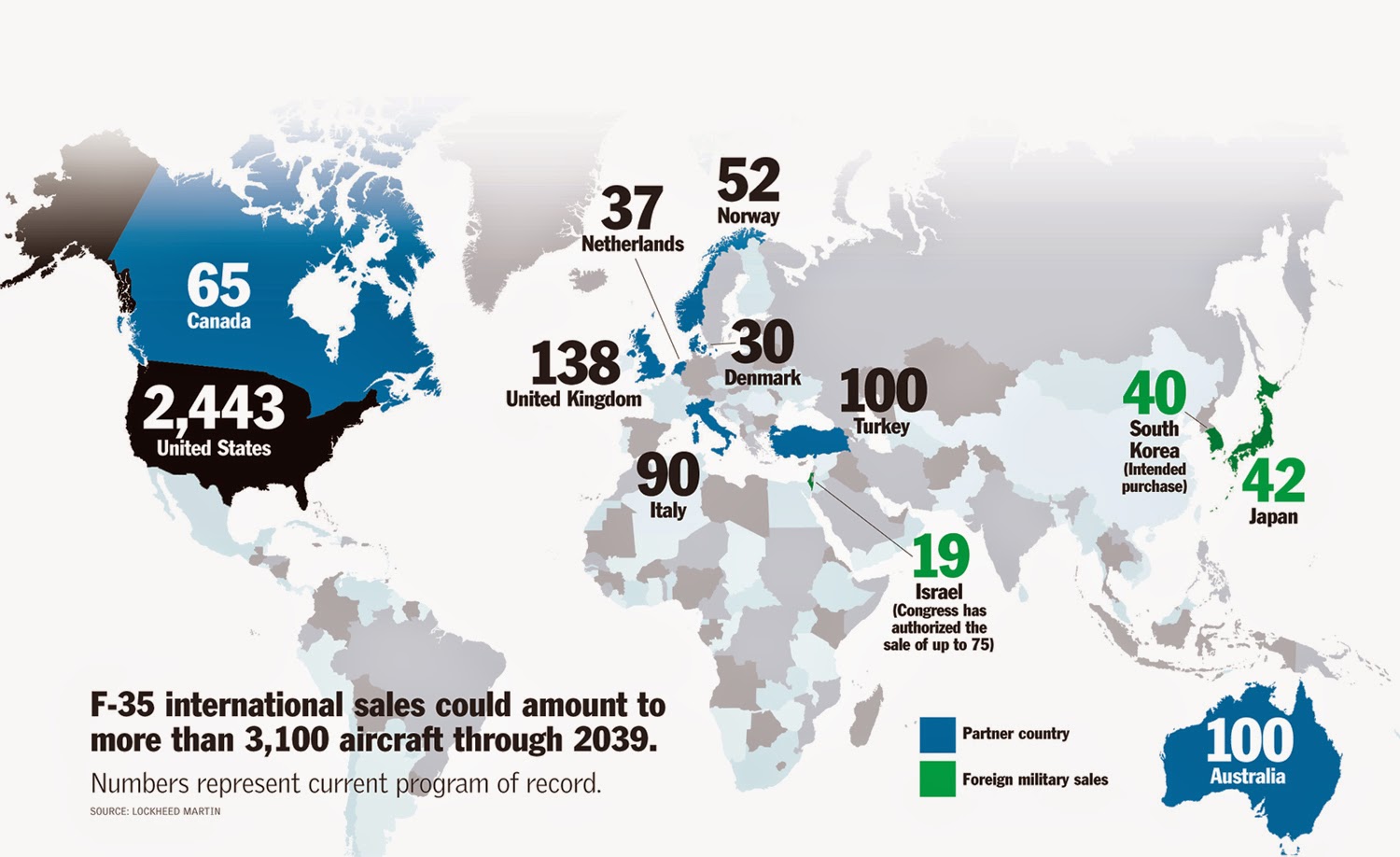 "Could amount" does not mean "will amount". Israel, one of the JSF's staunchest supporters since its inception, has drastically reduced its F-35 order.  Instead of an initial order for 31 stealth fighters, the Israeli government has only approved funding for 14 .  This is thanks to the fact that the F-35 simply is not ready yet.  Israeli Intelligence Minister Yuval Steinitz had this to say: “Since the plane is not yet operational in the US, I suggested that we make do with the purchase of less than half the amount, and wait with decisions on purchasing additional jets, as several other countries – like Australia, Italy, Canada and Holland – have done.” It seems as though everybody wants a piece of the JSF's industrial benefits , but at the same time is having cold feet when it comes to actually purchasing the aircraft in sufficient amounts.
Post a Comment
Read more
More posts