The process is still far from over but what is left is mostly mundane and bureaucratic.  Stuff like finalizing costs, delivery dates, etc.
Hopefully, Canada can now focus it procurement efforts on  revitalizing the rest of the Canadian Armed Forces.  With fighters and frigates out of the way; it’s high time we look into replacing our submarines, MRTTs, and other.  Recent lessons from the war in Ukraine has also made it clear that UCAVs are the future of warfare.  Canada best catch up.

Was all this for nothing?

No.  I do not believe so.
Even though Canada is still choosing the F-35, it is doing so in a much more rational way.  We have taken the time to evaluate our needs.  Taken a clear look at the options.  We have arrived at a decision removed from political whim.
Ultimately, Canada is getting a lot more aircraft than initially planned.  We are also getting later build F-35s.  Now, more of the kinks are out.  These newer aircraft should be both more reliable and more easily upgradable than earlier production JSFs.
The protracted decision making has also forced Canada to upgrade its existing CF-18 fleet.  While unfortunately expensive, this will be better prepared for when the almost inevitable delays in JSF delivery happen.  Those who believed that Canada should deploy a mixed fighter fleet will ultimately get their wish.  The RCAF will be flying both the F-35 and a fully modernized CF-18 well into the 2030s and possibly beyond.
The RCAF's fighter fleet will be far more capable and robust than if Canada had gone with its earlier decision to sole-source 65 F-35s.  I do not see that as a bad thing.
While the process took FAR TOO LONG, I do have faith in the process itself.  The FFCP decision was made free (as possible) from political interference.  Hopefully, now that a "template" has been developed, it can now be used as a template in order to speed up future military procurements.

The Gripen was always the underdog in this fight.
The fact that Saab secured runner-up status is a victory in and of itself.  It surpassed industry giants like Airbus, Dassault and Boeing.  Not a bad showing considering that many predicted Saab would be the first eliminated.
The Federal government has left the door open to negotiate with Saab is talks with Lockheed Martin fall apart.  This is unlikely, but not impossible given the long sordid history of the FFCP.
While Saab may have been denied victory in this particular case, it does walk away stronger.  It’s strong showing in the FFCP has proven its suitability as a potential NATO-compatible fighter.  The Gripen E may still become the de facto fighter for nations unable to obtain the F-35.
I fully expect the Gripen to secure more sales in the future.  It will be interesting to see if Saab ever develops a follow-up.

I’m going to take a break.
When I first started Gripen for Canada over 10 years ago, I had no idea how far it would go.  Initially, it was just an “escape”; a way of dealing with some PTSD issues.  I didn’t think it would garner much attention…  Just yet another goofball rambling on the internet.
I never proclaimed to be an expert.
Over the years, I’ve had the fortune to converse with those who know far more than me on the subject.  I’ve learned a lot.  More importantly, I’ve met some incredible people and made some good friends.  This blog may be finished, but the friendships live on.
I want to give a heartfelt thanks to all those who have visited my humble little blog.  Those that have supported me.  Those that challenged me.  It has not always been easy.  Sometimes it has even gotten dirty.  I apologize for that.
I want to reiterate that, while I did have a great admiration for the Saab Gripen, I was never adamant on its selection to replace the CF-18 Hornet.  Nor did I have an overwhelming hatred for the Joint Strike Fighter.  All I really wanted was for the Canadian government to take a thorough, unbiased look at all the options and perform its due diligence.  I believe it did that.  If my actions and words on this blog helped spur that process, I can be proud of what I have done here.
So what is next for me?
Recently, I have taken a more active role in an issue far closer to home for myself and my family.  I firmly believe that my experience with this blog will help me in my new role.  If nothing else, I have learned of patience and the frustration that comes with dealing with government bureaucracy.
Maybe I'll find something else to write about.  Maybe I'll write a book...  But not about fighters.  I think I have had enough of that.
As for this blog, it has run its course.  Its initial purpose was to convince the Canadian government to take a sober, unbiased look at all the fighter options.  A purpose that was served long ago.  Now that the decision has been made, there is little more to discuss.  Yes, there is the possibility that negotiations with Lockheed Martin break down and Canada approaches Saab; but the chances of that happening are remotely slim.  Of course, given the long saga of the CF-18 replacement, it certainly isn't impossible.
Once again, I want to thank each and every one of you that have been on this ride with me.
What a long, strange trip it has been... 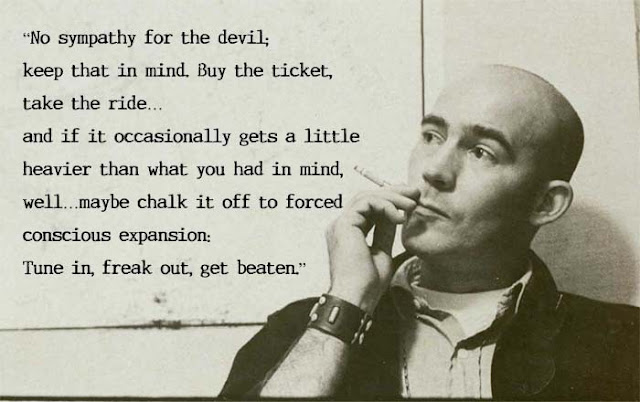