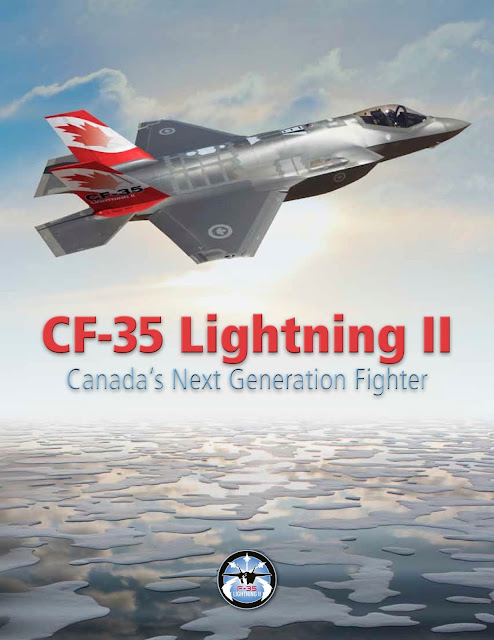 The F-35 will be Canada's next fighter.
In a process more than ten years in the making, the Canadian government officially announced that it is entering talks with Lockheed Martin to procure 88 F-35A Lightning II multirole fighter aircraft.
If talks break down, the Canadian government reserves the right to approach Saab and acquire the Gripen instead.  This scenario is highly unlikely...  But not impossible given the long sordid history of the FFCP.
Canada first announced that it was buying the F-35 way back in 2010, only to be "reset".
It appears we have come full circle.
What was the point?
The truth is, the initial decision to purchase the F-35 was incredibly flawed.  Costs were unrealistically optimistic.  The aircraft's development was deeply troubled.  No serious consideration was given to any other aircraft.  Even the number of aircraft to be purchased (65) seemed to be shockingly low.
Canada made the right decision to "reset" the purchase.  Canada made the right decision to hold a fair and open competition to replace the CF-18.  Canada made the right decision in procuring 88 fighters instead of the paltry 65 initially planned.  Eventually, Canada even made the right decision on which fighter jet to purchase.
The judgement came from a committee representing the DND, Department of Procurement, and Department of industry.  60% of the scoring was based on performance, 20% on cost, and 20% on industrial benefit.  The decision to purchase the F-35 over the Gripen was said to be unanimous.
So shouldn't we have just gotten the F-35 in the first place?
Not really.
In 2010, the JSF program was still very much in trouble.  Costs were staggeringly high for fighters that simply did not work as intended.  Early adopters got stuck dealing with the aircraft's expensive growing pains.  By waiting, Canada is getting a much cheaper and reliable aircraft...  But issues still remain.
At this point, the F-35 is more ubiquitous than ever.  More nations have announced orders and The Pentagon has made it clear that the JSF is the fighter of the future.
Hopefully, the bulk of the F-35's issues are behind it at this point.
While the process was painfully slow, hopefully the FFCP's process can be used as a "template" to help speed up future military procurements.  Up until now, Canada's military procurement process has been horribly undefined and politicized.  Rules were made up by one government only for the next government to decide that they knew better.
With the FFCP project mostly settled, Canada can now concentrate on other procurement projects.  We desperately need to replace our submarines, MRTTs, and other important items.  Canada also needs to develop new capabilities such as UCAVs and cyber warfare.
Whether or not recent events in Ukraine spurred the decision is not yet known, but those events do represent a "wake up call" to those in power.  The world is still a dangerous place.  We must be willing and able to defend ourselves and others.
Canada's purchase of the F-35 signals a clear message that it is done letting its military stagnate.  We have committed to one of the most advanced weapon systems in the world, and the costs that go along with it.
The Gripen would have likely been "good enough"...  But apparently, that is not enough.
With 88 jets, Canada will be one of the largest F-35 operators outside the United States.  In choosing the JSF, Canada must agree to keep it current.  Our upgrade path should keep lockstep with the USAF's.  We must commit to software updates, new weapons, and even engine upgrades.
If Canada has decided on the F-35, then we need to go "all in".