It is a scenario right out of a Cold War thriller novel.  The United States Navy has managed to lose one its brand new stealth fighters in the South China Sea.  Now, the race is on to locate and retrieve what remains of the aircraft.

On January 24, an F-35C Lightning II suffered a "landing mishap" after returning to the flight deck of the U.S.S. Carl Vinson.  While similar incidents have happened in the past with both a Royal Navy F-35B and Japanese F-35A; both those incidents happened in "friendly" waters.  This latest mishap occurred uncomfortably close to Chinese territory.

Complicating matters further is the how intact the USN F-35C appears to be in leaked pictures from the incident.  Needless to say, the People's Liberation Army Navy would be more than happy to "assist" the USN in "recovering" its newest, state of the art, still mostly classified, stealth fighter.

This would not even be the first time such a thing has happened.

In 1931, British submarine HMS Poseidon collided with a fishing vessel off the eastern coast of China.  In 1972, China was able to salvage the wreck and use some of the knowledge gained to develop their own submarine program.

In 1960, the then Soviet Union managed to detect and shoot down an American U-2 flown by Gary Powers.  This not only caused an international incident, but the Soviets were also able to capture, interrogate, and imprison Powers as well as study the wreckage of the spy plane.

In 1974, the CIA managed to recover the Soviet submarine K-129 from the bottom of the ocean 1,500 miles northwest of Hawaii.  This endeavor, entitled Project Azorian, provided the USA with invaluable intelligence.  Code books, nuclear warheads, construction methods, sonar systems, and insight into how to detect Soviet submarines was far too valuable a prize to pass up.  The mission was only partly successful...  Or at least, that is what the CIA would have us believe.

More recently, some rumors suggest that Chinese agents may have obtained parts of an F-117 Nighthawk shot down over Serbia in 1999.  Similar rumors state that Chinese cyberattacks may have been able to glean information regarding the Joint Strike Fighter program itself.

One cannot deny that a mostly intact copy of an F-35C; with its advanced stealth construction, sensors, and other goodies would be substantial prize to anyone.  More so for the Chinese who would use the knowledge to enhance their own stealth fighters, develop counter-tactics, and possibly even sell some information to other interested parties. 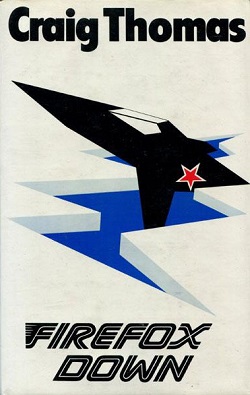 All of this leads us to an interesting thought exercise:  What would happen if a theoretical RCAF CF-35 went down somewhere over the Arctic ocean?

While Canadian jet fighters do not routinely "fly patrols" in the far north, they do occasionally operate out of one of Canada's Forward Operating Locations (FOLs) located in Yellowknife, Rankin Inlet, Iqaluit, and Inuvik.  It is not unrealistic to imagine a scenario in which a CF-35 suffers an incident over Arctic waters.

What is particularly worrisome is that Canada's presence in the Arctic leaves a little something to be desired.  Unlike the USA and Russia, Canada has no submarines capable of operating under the polar ice cap.

Disputed Arctic claims combined with melting ice caps have led to a sort of "gold rush" into the arctic as new resource are uncovered.  Canada has two new heavy icebreakers on the way, but Russia has started building nuclear-powered icebreakers.  Combined with their large fleet of submarines, Russia would stand a pretty good chance at recovering a downed CF-35 before Canada does...

Of course, Canada would not be alone in its recovery efforts.  The US military would undoubtedly pull out all the stops keeping unwanted hands away from its frontline stealth fighter.  Like the current affair in the South China Sea, this puts us uncomfortably close to a situation that can develop into an international incident as multiple parties race to recover the same prize. 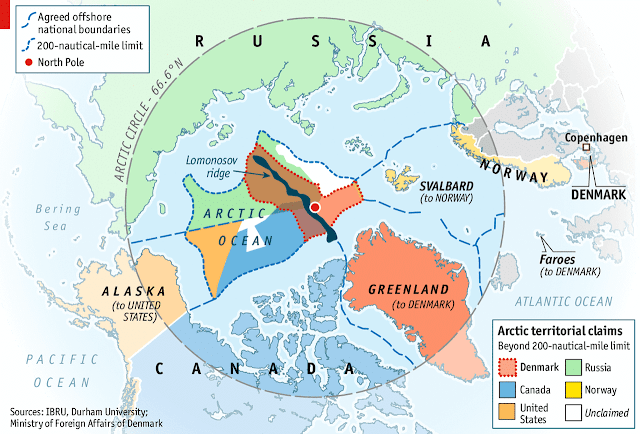 Of course, all of this is speculative.  It also does not in any way disparage the F-35 itself.  Instead it is meant to illustrate the double-edged sword that comes with operating a still highly classified stealth fighter.  Extra steps must be taken to keep sensitive material away from the wrong eyes.  All fighters have a fair share of "secret squirrel" stuff, especially when it comes to radar and electronic warfare suites.  The F-35 ramps this up however, everything from its radar absorbent skin down to its computer systems would be a tempting prize...  A prize that needs to be kept secure.

None of this is meant to disparage the F-35 Lightning II.  Merely illustrate the additional security and contingency plans required for such an aircraft.  If Canada does procure the JSF, we need keep our massive landmass and coastlines in mind and be prepared for a wilderness rescue and/or recovery.

Please note that I mean no disrespect in using the F-35's endearing nickname.  The best aircraft alway have the silliest nicknames ("BUFF", "Thud", "SLUF", "Scooter", "Wobbly Goblin"etc.)  Like all military callsigns, the term "Fat Amy" is a term of endearment.