THE PERFECT FIGHTER FOR CANADA DOESN'T EXIST... YET.

It is rather telling that Canada's choice to replace the CF-18 ultimately comes down to two rather different fighters:  The F-35 and the JAS-39E.

The message is clear.  Canada wants a cutting edge fighter...  But it doesn't want to spend a lot of money for it.  These two goals seem contradictory (because they are) but the good news is that the USAF wants the same thing.

While the Joint Strike Fighter program was originally intended to replace the F-16, the reality has become slightly more complicated.  Put simply, the F-35's operating costs are WAY MORE than the fighter it was intended to replace.  This is despite the fact that the USAF's Viper fleet is getting on in years.

This has led the USAF to study less expensive options.  A "clean sheet" design that incorporates newer technologies without going all in like the F-35.  Like the F-15EX, this new workhorse would be a suitable option for when stealth is not needed.

The nerds at HushKit.Net immediately jumped on the bandwagon and envisioned what such a fighter would look like.  Instead of "blue sky" thinking, they instead emphasized a short development time utilizing off-the-shelf components wherever possible.  Stealth was considered, but not prioritized.

What they came up with was rather promising. 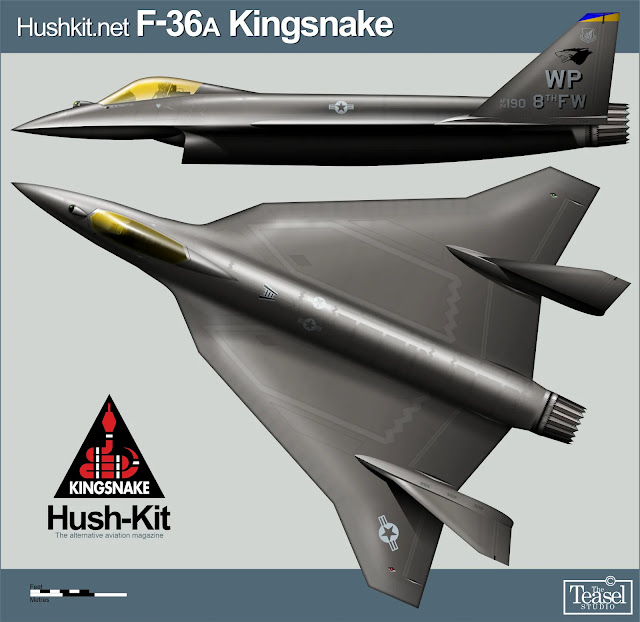 The aesthetics are much akin to the F-16XL.  This is for good reason.  The F-16XL is considered one of the "best fighters that never was".  Its cranked delta design allowed for increased payload and range over the standard F-16, while also allowing for "supercruise".  This is a big deal, as one of the issues concerning America's "Pacific Pivot" is that its current fighter fleet does not have sufficient range.

While the design appears radical, the hardware does not.

Sensors would include the same AN/APG-83 AESA radar seen on updated F-16s.  An IRST based on the Legion Pod would round out the built-in sensors.  No DAS.  No EOTS.

The F-36's cockpit would be slightly more traditional than the F-35.  Instead of fancy (and incredibly expensive) helmet, traditional HUD would be paired with a Joint Helmet Mounted Cueing System.

Like the F-35, weapons would be stored both internally and externally.  Weapon bays would be located on either side, aft of a divertless intake.  Whether or not these would be specialized for a particular missile (like the AMRAAM) or more "generic" like the F-35's is anyone's guess. 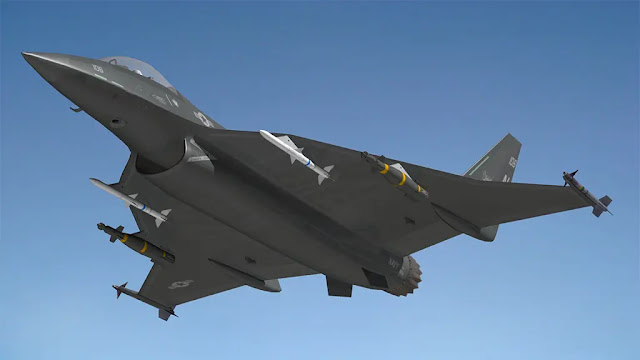 Of course, non of this is actually confirmed to be in the works.  For now, consider the F-36 Kingsnake to be nothing more than fighter-nerd fan-fiction.  Sure, it is fun to speculate, but do not expect to see a big reveal anytime soon.

There is merit in the idea, however.  A new fighter that improves on the F-16 without all the expense and compromises of the JSF would be "just right".  Such a fighter would not only be hit with the USAF, but it would likely be hit on the export market as well. 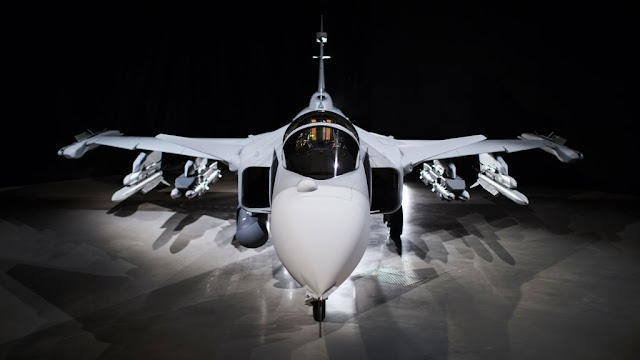 Of course, a delta-wing fighter that promises low operating costs with new technology might seem a bit familiar.  It might not have some of the proposed stealth features, but it does manage to cram plenty of 5th generation features into a simpler, cheaper 4th-gen airframe.  Congratulations, F-36, you managed to copy the Gripen JAS 39E.

This is, of course, all a bit of fun.  Whether or not a proposed "F-36 Kingsnake" ever sees so much as a drawing board is anyone's guess.  More likely, the USAF will simply follow a similar pattern it did with the F-15EX Eagle II.  That means updating the F-16 with an AESA radar (already done), adding a built in IRST and more internal fuel...  Again...  much the same way Saab did with the Gripen E.