Russia pulled a sneaky on everyone.

While every military analyst has been focused on China's J-20, Russia has upped the ante by unveiling the Su-75 "Checkmate".  One look at it tells you all you need to know, this aircraft will be a direct competitor against the F-35; both in the skies and the marketplace.

More modest than the J-20 and Su-57, the Checkmate utilizes a single-engine design that obviously strives for stealth.  Unlike The Shenyang FC-31, which simply looks like the twin-engine F-35, the Su75, simultaneously looks like nothing else in the air whilst also being hauntingly familiar.

Why does it look so familiar?

Because the Su-75 utilizes elements from two fighter designs that lost to the F-35. 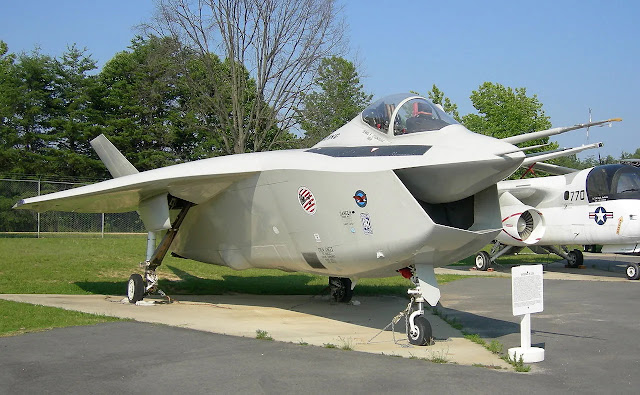 The most...  Interesting design choice has to be that front engine intake.  A similar intake appeared on Boeing's ill-fated JSF contender, the X-32.  This very intake earned the aircraft its infamous nickname:  MONICA.  (No, this isn't a Friends reference)  Being a divertless supersonic inlet (DSI), this design has several advantages, including weighing less than traditional mechanical ramps while also improving stealth characteristics.

Either that...  Or Sukhoi's engineers have a particularly twisted sense of humor... 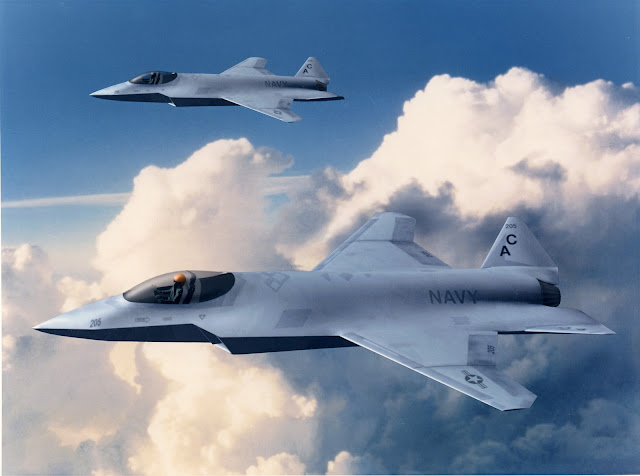 While much is known about the rivalry between Boeing's X-32 and Lockheed Martin's X-35; there was a third JSF entry that never made it to prototype phase.  This being from McDonnell Douglas, manufacturer of legendary fighters like the F-15 Eagle, F/A-18 Hornet, and F-4 Phantom II.

McDonnell Douglas's expulsion from the JSF program was more or less a death sentence for a company that specialized in jet fighters.  It was soon merged with Boeing. 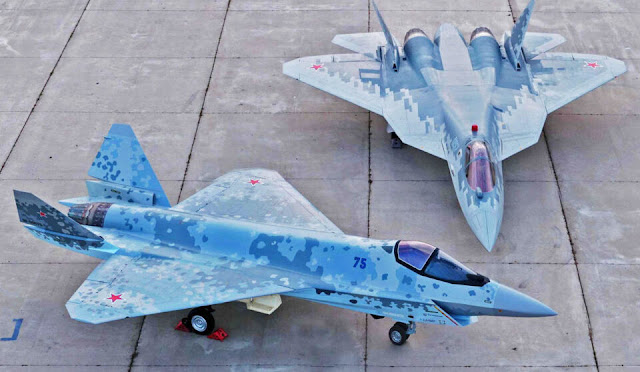 Unlike the Chinese Shenyang FC-31, no one can accuse the Su-75 of being a carbon copy of a western fighter design.  While the Checkmate may borrow a few aspects from other fighters, it is still very much its own design.  It certainly has much less resemblance to the Su-57 than the F-35 has to the F-22.

The spec sheet reads like just about every other 5th generation fighter currently in development:  Stealthy design, internal weapon storage, AESA radar, IRST, and the possibility of an unmanned version.  A top speed of 1.8 and a g-limit of 8.0g keep it competitive (on paper) with the F-35. 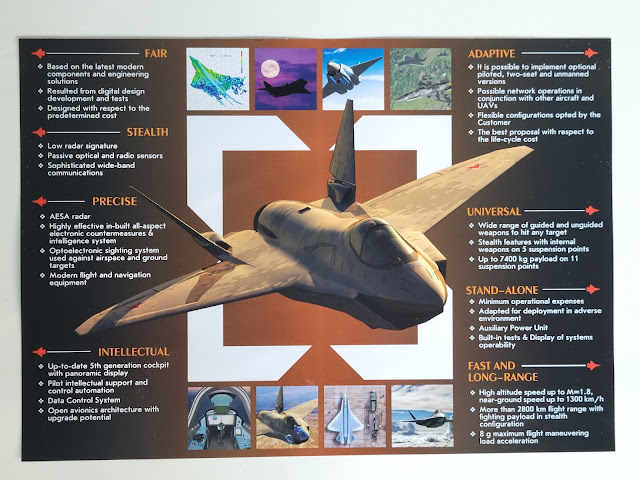 While the promotional material suggests that Sukhoi has leveraged "existing technologies" developed for the Su-35 and Su-57; one wonder how it is even remotely possible to offer competitive performance to the F-35 Lightning II at one-quarter the price.

The Checkmate will most likely lack the JSF's most advanced capabilities.  No fancy HMD.  No DAS.  No EOTS.  No MADL.  No ALIS (or whatever they're calling it these days). 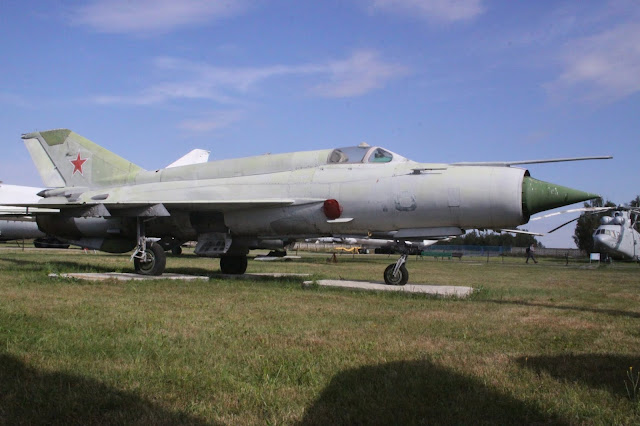 The MiG-21 was not the best fighter of its day.  While its performance was impressive, it was not sophisticated compared to its contemporaries like the F-4 Phantom II.  Therein lay the secret to the MiG-21's success:  It did not need to be.  The MiG-21 offered performance nearly on par with the most advanced western fighters at a fraction of the cost.  This made the MiG-21 the most prolific jet fighter ever made.

One can only imagine the amount of sleepless nights that the MiG-21 caused for western military planners.  With over 10,000 copies built and seeing service in about 60 countries, it was quite literally all over the place.  This allowed for many Soviet-friendly nations to maintain an air force capable of giving the mighty American war machine a bloody nose.

Now...  Imagine a "5th generation" MiG-21.  One with sophisticated sensors, a stealthy design, and equipped with the latest in air-to-air missile technology.  Now imagine that fighter in the hands of whatever "rogue state", third-world despot, or even an increasingly belligerent Russia.

Unlike the Su-57 "Felon", which will likely follow the F-22's example and see less than 200 built; the simpler, cheaper Su-75 could see production in the hundreds, if not thousands.

Perhaps the biggest lesson we can learn from the Su-75 Checkmate is that it represents what the Joint Strike Fighter could have been.

Imagine a world in which the JSF stayed closer to its initial concept.  A simple, affordable fighter meant to replace the F/A-18 and F-16.  No STOVL version, no gold plating, and no convoluted software.  That fighter would look an awful lot like the Su-75.

By utilizing existing technologies and keeping it simple, the Su-75 will likely prove to be slightly less versatile than the F-35...  But see service in parts of the world that would formerly never dream of operating a 5th generation fighter.

Much like the MiG-21, the Su-75 could end up serving as a near-peer adversary serving in places you would least likely expect that sort of thing.

Perhaps, like the MiG-21 before it, the Su-75 will remind us that affordability is what sells fighters.