[Welcome to "NITPICK"!  For the next few weeks I will be examining a single aspect of the potential fighters that just drives me nuts.  These are not dealbreakers, or even major flaws.  They are simply one aspect of the aircraft THAT COULD HAVE BEEN DONE BETTER.]
Since we have gone over the (canted) pylon problems with the Super Hornet and the (lack of internal) pylon problems with the JSF, it seems only fair that we nitpick the Gripen's pylon problems as well.
There is nothing wrong with the Gripen's pylons per se.  They are certainly there.  They do a serviceable job attaching various weapons to the aircraft.  They all point in the same forward direction (*cough*Super Hornet).
Yet...  There is something unsettling about the Gripen's pylons.
Admittedly, it took a while for me to figure it out. 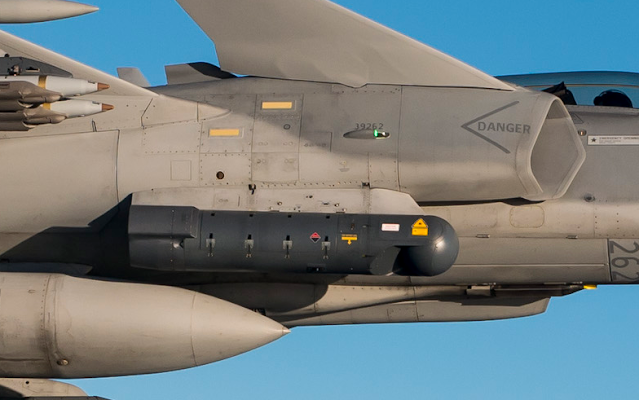 Even "clean" the Gripen's sleek lines are interrupted by pylons.  Pylons on each wingtip.  Two more pylons underneath each wing.  Another pylon midline bottom fuselage.  Another pylon opposite the (partially exposed) Mauser cannon.  Pylons everywhere.

Everything just sort of...  Dangles there.

This is not a problem with a relatively light load.  A few air-to-air missiles and a couple of external tanks do not sully the looks too much.

Things get dirty when equipping the Gripen for a strike mission.  A targeting pod literally sticks out like a sore thumb in its special station opposite the cannon.  Add a few bombs, some fuel tanks, and self-defence missiles and the Gripen starts looking absolutely ungainly. 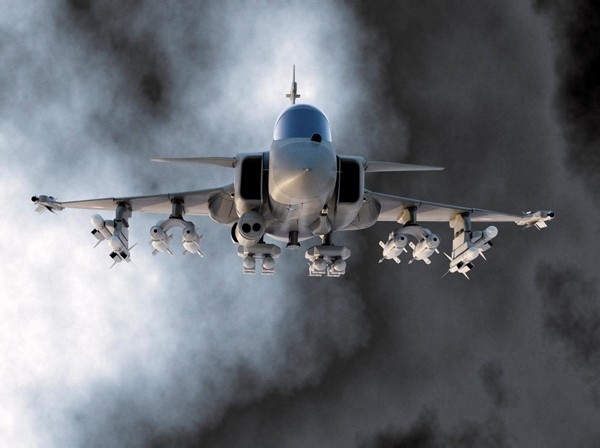 When Saab went about upgrading the Gripen to the JAS 39E, they redesigned the wings and fuselage to make room for more fuel and weapons.  So what did Saab do with all that extra space?

Unfortunately, those pylons were added to the fuselage, just outboard of the midline pylon.  This presents  a slight problem when carrying larger ordinance; as demonstrated in the picture above.

There is not enough room to use all three pylons!

This begs the question:  Why bother in the first place? 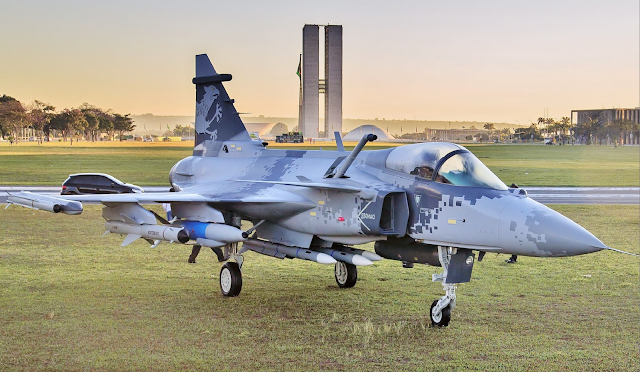 Realistically, no matter what kind of combat mission is intended to fly, its minimum load-out would require two IR-guided WVR missiles (ie. Sidewinders) and two radar-guided BVR missiles (AMRAAM or Meteor).  Saab could have taken advantage of the "NG" Gripen's redesign to reflect this fact.

Take a gander at the Gripen E mock-up above.  Imagine if those two outboard Meteors were tucked into the fuselage similar to this Eurofighter Typhoon. 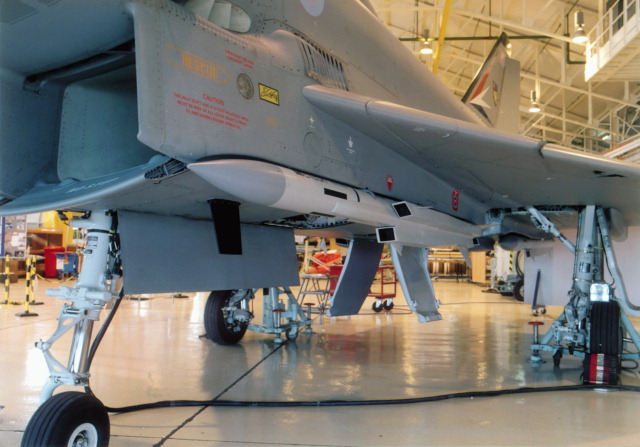 Notice how much cleaner this looks?
This is not a particularly unique thing.
Conformal missile storage can be seen on fighters like the F-15 Eagle, Rafale, and F/A-18 Hornet (including the Super Hornet).  This method helps reduce drag and RCS by tucking the missile close into the aircraft's body. 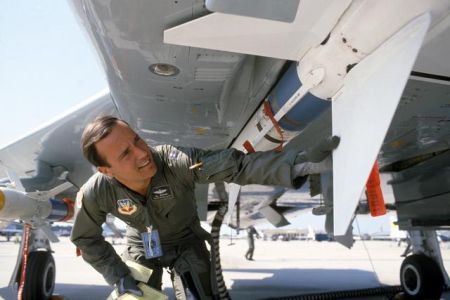 Fighters like the F-14 Tomcat and F-4 Phantom II go one better by actually submerging part of the missile into the aircraft body itself.  Recessed channels cut specifically for the missile leave only part of the missile out in the open.  This greatly reduces drag.
Unfortunately, fitting one particular missile like a glove does not leave many options for future weapon choice.  This is seen in Canada's own CF-101 Voodoo that was stuck using the AIM-4 Falcon Falcon well into that missile's obsolescence.
This can be alleviated somewhat by the missile design.  The AIM-120 AMRAAM itself was designed specifically to match the footprint of the AIM-7 Sparrow.  Unfortunately, this can lead to a never-ending loop of missiles designed around the limitations of all those that came before.  This is why recessed designs seem to have fallen out of favor. 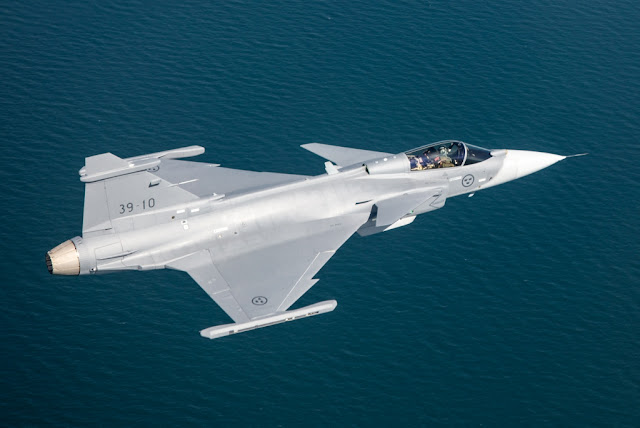 The fact that the Gripen becomes more ungainly as you add more ordinance belies the platforms greatest weakness.
Despite what Saab's marketing literature would have you believe, it is NOT a heavy strike fighter.  Even the larger wings and more powerful engine found in the "E" model cannot change the laws of physics.  While the Gripen certainly stands out as a light fighter that punches above its weight, it is still a light fighter.
Lightly armed, the Gripen maintains its sleek silhouette.  A mild air-to-ground load with a few smart bombs, fuel tanks, and missiles looks okay.  Try to make the Gripen a "bomb truck" and it looks ungainly as hell.
Those looking for a heavy bomber should look elsewhere.
Gripen Gripen E