[Welcome to "NITPICK"!  For the next few weeks I will be examining a single aspect of the potential fighters that just drives me nuts.  These are not dealbreakers, or even major flaws.  They are simply one aspect of the aircraft THAT COULD HAVE BEEN DONE BETTER.]
Like all other aircraft that place an emphasis on stealth, the F-35 Lightning II was designed to carry weapons tucked away inside.  This is not just a feature of the JSF, it damn near defines it.
By storing weapons internally, an aircraft greatly reduces its radar cross section.  This has made internal weapon storage almost mandatory for any aircraft aspiring to low observability.  Some have even expressed the opinion that storing weapons externally on a stealth fighter all but cancels out any advantages of a stealth platform.
Without the advantage of stealth, the F-35 becomes rather underwhelming.  It still offers plenty of cutting edge technology, but its kinematic performance falls behind older fighters like the Typhoon and Su-35.
One cannot overstate the importance of the JSF's internal weapon bays. 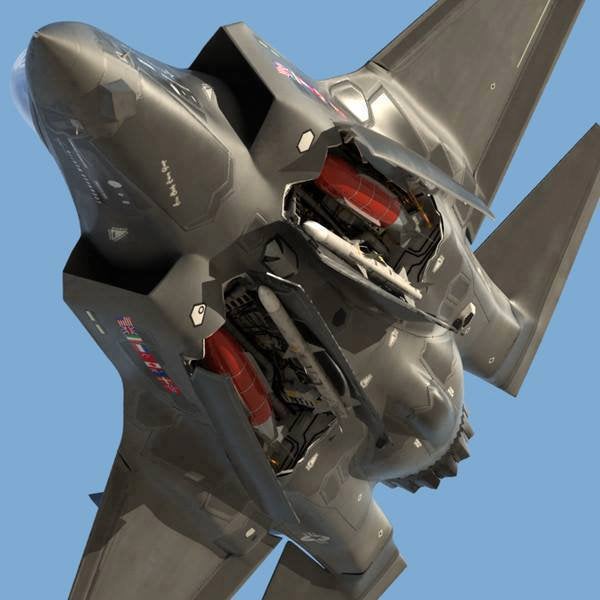 The F-35's weapon bays are impressive.
Four doors open up to reveal two MASSIVE cavities on either side of the aircraft.  Impressively, those weapon bays can each store a 2,000 pound JDAM and an AIM-120 AMRAAM.  Alternatively, those JDAMs can be replaced with two more AMRAAMs for an air-to-air mission.
Unfortunately, there is something missing here.  Something MAJOR.

First entering service in 1956, the AIM-9 Sidewinder heat-seeking missile has been, and will continue to be, a mainstay in air combat.  One cannot undersell the value this missile has been over the years.  Efforts to replace it have gone nowhere, as newer variants of the Sidewinder have kept the weapon system relevant for more than 60 years after its inception.  Continued advancements promise a service life lasting into the 2050s and beyond.
Make no mistake, the Sidewinder is a BIG DEAL.  It is one of the most important weapon systems in the western arsenal.
So where does the F-35 mount it?
Outside.  On the wing.  As an option. 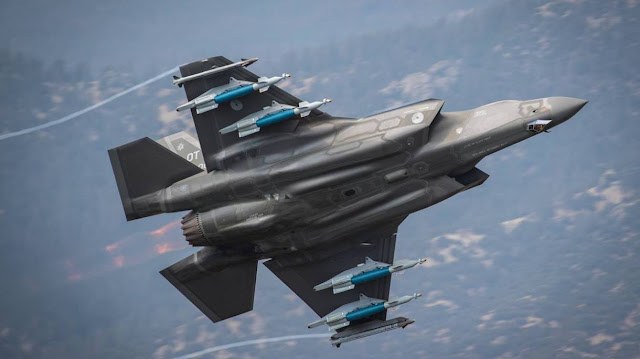 The reasoning for this is simple enough:  Infrared (IR) guided missiles do not like to be stored internally.
Unlike the AMRAAM, the Sidewinder is rail-launched.  This means that you cannot simply drop the weapon out of the bay, you have to expose its entire mounting system.
Complicating matters even further is the fact that the Sidewinder's seeker head needs to be exposed in order to lock on to the target.  New missiles do have a lock-on-after-launch (LOAL) capability, but this is not ideal.
Just because this is difficult, does not mean it cannot be done. 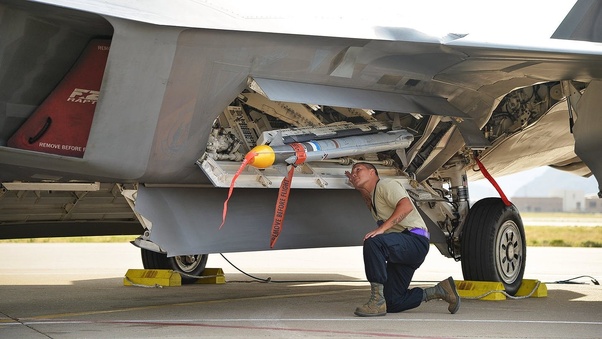 The F-22 Raptor stores its AIM-9 Sidewinder internally in two bays just behind the intakes.  When needed, the doors of the bay open and the the Sidewinder is extended outward by means of a "trapeze".  This enables the AIM-9's seeker head to find its target before being launched off its rail.
After firing, the F-22 retracts the "trapeze" and closes the weapon bay door, maintaining its stealthy shape. 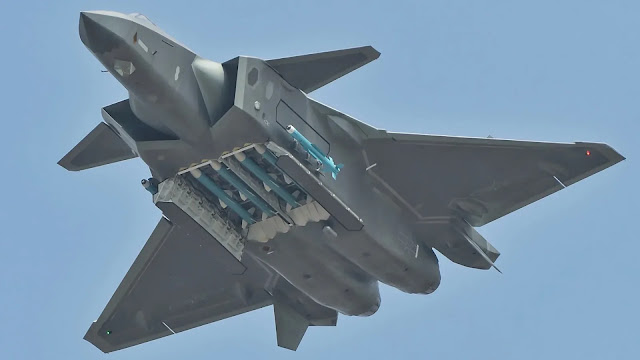 The Chinese Chengdu J-20 does the F-22 one better.
Like the Raptor, the J-20 mounts an IR-guided missile in a bay on either side of the fuselage, just behind each intake.  When needed, the bay doors open and the missile rack rotates out.  Unlike the F-22, the bay doors can close behind the exposed missile.

This not only allows internal carriage of an IR-guided, rail-launched missile; it minimizes the J-20 RCS while the missile is exposed.
It is ingenious in its operation and elegant in its simplicity.  Expect to see this design becoming a common feature in just about every stealthy design moving forward.
Too bad the F-35 cannot take advantage of something similar. 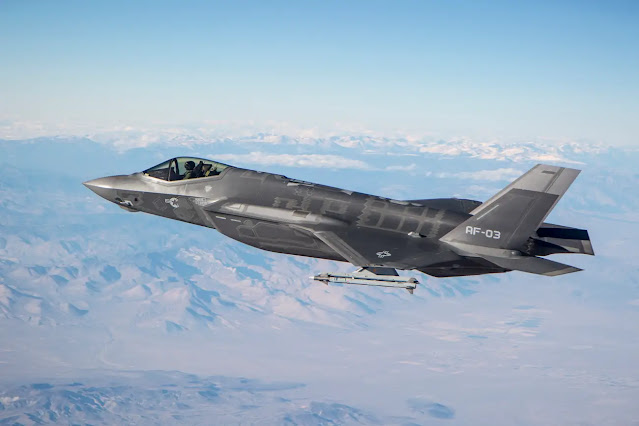 Like the Super Hornet and its canted pylons, one wonders if the external Sidewinders are a victim of a "good enough" mentality.
At some point in the F-35's design process, there must have been discussion about where to put the AIM-9s.  Some sort of internal storage must have been discussed, only to be shot down for the simple reason that it was too hard.
Ultimately, the decision was likely justified when someone suggested that the AIM-120 AMRAAM was "good enough" to be the JSF's only means of self-defence during a stealth mission.  This, despite obvious misgivings from some.
One wonders why the Joint Program Office could not insist on going that extra mile in order to mount an internal AIM-9 on the F-35.  One would imagine it would be possible to fit hardware capable of mounting both an additional AMRAAM and an AIM-9 lieu of the JSF's 2000lb JDAM.
Or maybe they just cannot be bothered.  Not when there are so many other issues to fix.
F-35 AIM-9 Sidewinder Nitpick