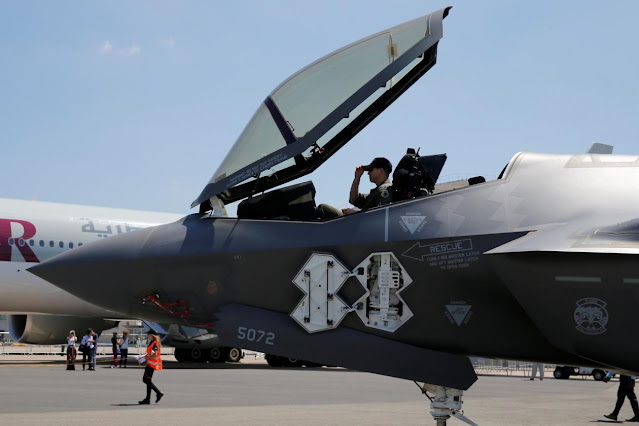 [Welcome to "NITPICK"!  For the next few weeks I will be examining a single aspect of the potential fighters that just drives me nuts.  These are not dealbreakers, or even major flaws.  They are simply one aspect of the aircraft THAT COULD HAVE BEEN DONE BETTER.]
The F-35 Lightning II is a controversial aircraft.  To some, it represents the future of combat aviation.  To others, it stands out as a horribly flawed trillion-dollar boondoggle.  As usual, the truth is likely somewhere in the middle.
One undeniable truth about the JSF is that its canopy is ABSOLUTELY RIDICULOUS.
Look at it.  LOOK AT IT!
Other than the fact that is is transparent, just about everything about the F-35 cockpit seems...  wrong.
Compare the F-35 cockpit to the one of its predecessors, the F/A-18: 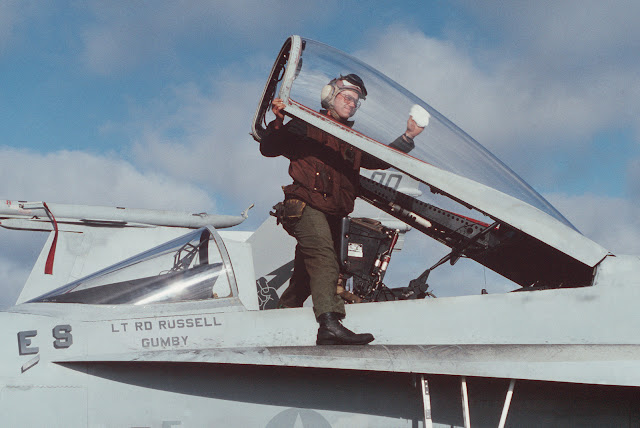 The Hornet has a pretty decent canopy.   The pilot's view is unimpeded except for a thin frame present at the opening seam.  Fortunately, that thin frame houses several rear-view mirrors that help the pilot's overall situational awareness.
Not bad.
Now lets compare it to another direct predecessor, the F-16. 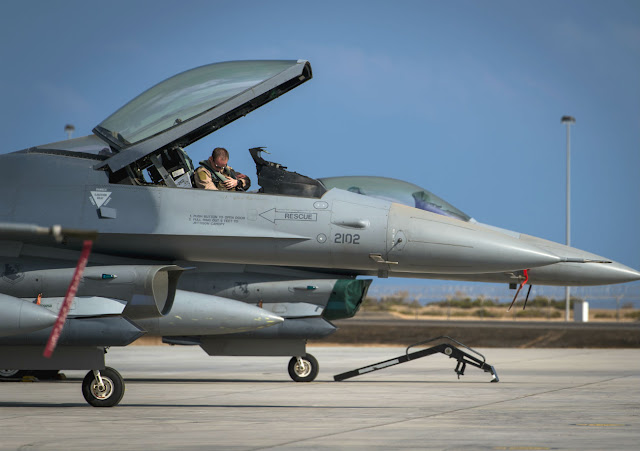 The F-16 Fighting Falcon has one of the best canopies ever placed on a fighter jet.  Like the F-18, it is a two-piece design.  In a bit of clever engineering they "flipped" it around, putting the opening seam behind the pilot.  This gives the pilot an almost completely unobstructed view.  The only detriment to the pilot's vision is a thin bit of framework back at the hinge.
It is absolutely beautiful.  Sleek and minimalist, the F-16 may end up being "peak canopy design"...  Were it not for the F-22 Raptor. 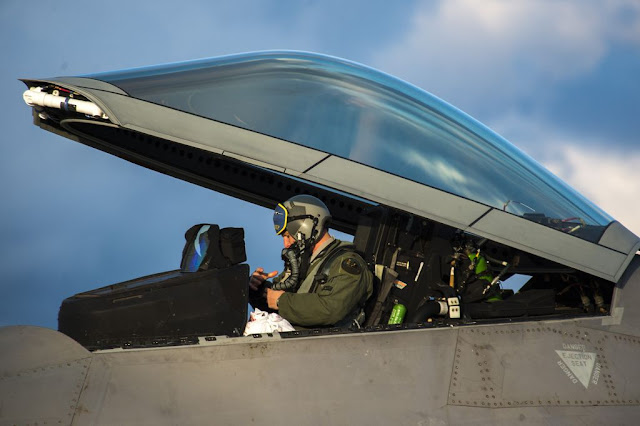 Oh my gawd...
The F-22 Raptor is simply canopy perfection.
A sleek, uninterrupted, single piece, frameless bubble.  It even has a classy gold tint.
Perfection.
Now lets go back to the F-35...
Good lord...  Where to start?
Let us start with the positives.  The JSF's canopy is (mostly) transparent and it does come with the same classy gold tint as the F-22...  And that is about it. 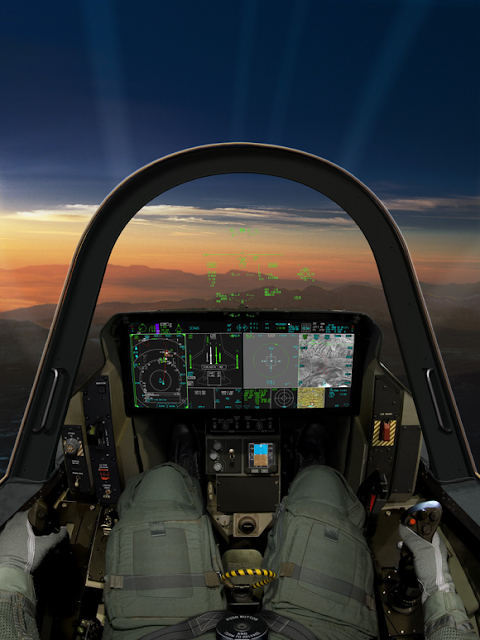 As far as the negatives go, there are plenty.  Let us start with the most egregious.  THAT DAMN SUPPORT FRAME.  Why is it even there?
Like the F-22, the F-35 utilizes a single-piece canopy.  Unlike the F-22, it utilizes a thick support frame right in the pilot's forward field of view.  This gives it a bit of a blind spot similar to the F/A-18, but without the mirrors or necessity of having a frame where canopy opens.
Instead of the clean, unobstructed view of the F-22 or F-16, the F-35 pilot has to deal with a thick, black band blocking their vision.  Why? 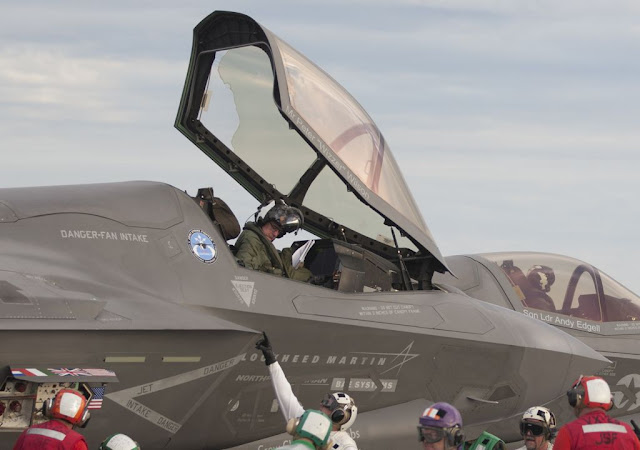 The next issue is not not nearly as egregious but just as annoying.
The JSF cockpit opens forward.
Admittedly, it is not a huge deal.  Nobody really cares which way a canopy opens when it is closed during flight.  Functionally, it makes very little difference.  Perhaps it makes ingress and egress slightly more difficult?
Like "Lambo doors" on a car, the benefits of a forward opening canopy seem dubious.  There is a good reason for it on the JSF, however.
By opening to the front, the F-35's canopy clears up more room for the massive lift fan present on the STOVL F-35B.  While this is not needed in the F-35A and F-35C variants, the forward-opening canopy is retained in the interests of commonality.
This relates to a not-so-harmless issue with the F-35's canopy. 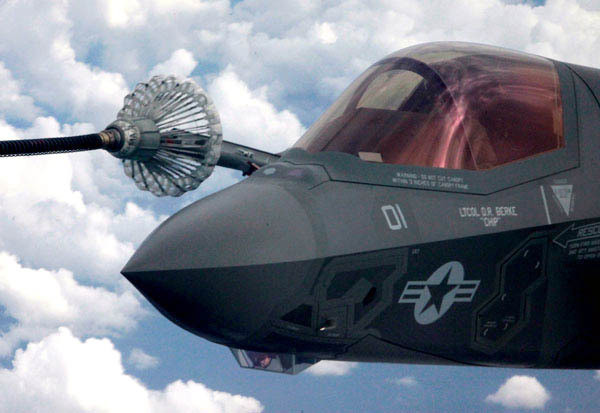 That same STOVL lift fan that predicates a forward-opening canopy leads to another problem:  The infamous F-35 "hunchback".
The advantages of a "bubble" canopy have been known since WWII.  Many credit the addition of a bubble canopy as one of the factors that transformed the P-51D Mustang from a "good" fighter to a "great" fighter.
One of the design challenges of the JSF was fitting it with a lift fan.  In order to maintain balance, that fan needs to be located as close to the front of the aircraft as possible.  This required pushing the cockpit as far forward as possible with the lift fan immediately behind it.
Unfortunately, the engineers behind the JSF deemed the bubble canopy a worthy sacrifice.  Instead of a view to the rear, the pilot gets a bulkhead.
Some might excuse the lack of visibility stating that the F-35's Distributed Aperture System (DAS) more than makes up for it.  After all, DAS allows the pilot to virtually "look through the airplane".  This may be the case, but the JSF's "magic helmet" has been plagued with issues and nothing really beats the "Mark One Eyeball". 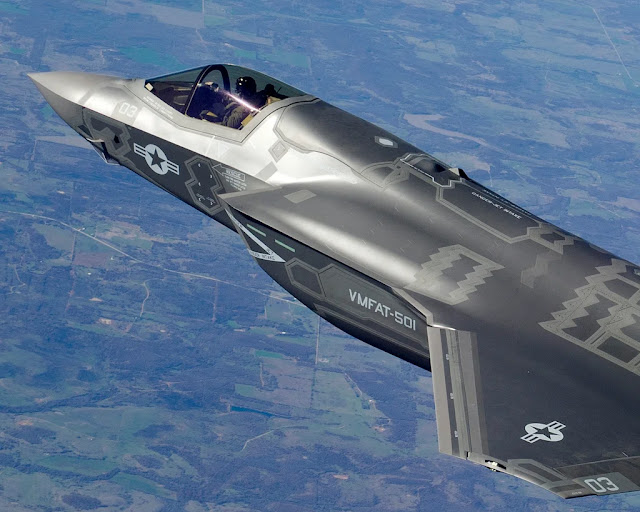 What is truly frustrating here is that the F-35's canopy has NO NEED to be as bad as it is.
Much of the reason the JSF's canopy is the way it is is due to compromises required for the F-35B's lift fan.  For the F-35A and F-35C variants, THERE IS NO LIFT FAN.  That means that the majority of F-35s have to work around a problem they do not even have.
This is serious case of the "tail wagging the dog".
Lockheed Martin figured out how to make excellent canopies with the F-16 and F-22, why did they not carry that over into the F-35?