NITPICK: ALL THOSE GRIPEN POINTY BITS 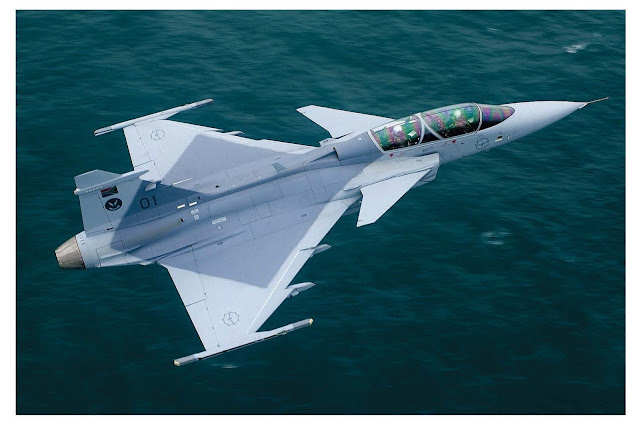 [Welcome to "NITPICK"!  For the next few weeks I will be examining a single aspect of the potential fighters that just drives me nuts.  These are not dealbreakers, or even major flaws.  They are simply one aspect of the aircraft THAT COULD HAVE BEEN DONE BETTER.]
The Gripen is pointy.  Really, really, pointy.
It does makes sense that a Mach 2 fighter jet would be pointy.  Most of them are.  Just look at the needle-like F-104 Starfighter or F-106 Delta Dagger.
The Gripen takes things to a whole new level, however.
Look at it.  It is all sharp edges, angles, and spearpoints.  There is nary a soft crease or a graceful curve.  Its like someone built a fighter jet out of knives and hypodermic needles.  The Gripen is aerospace cutlery. 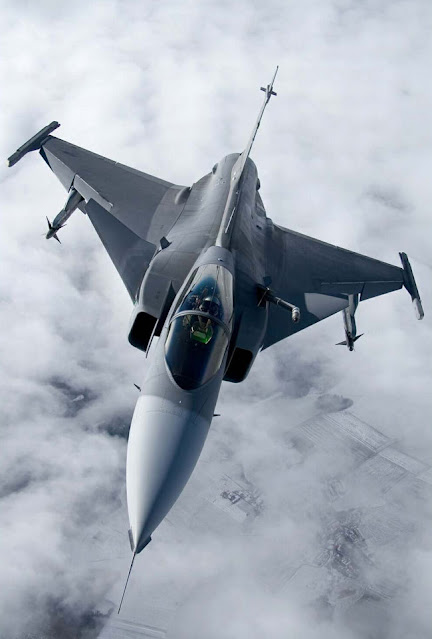 Let us start at the front.  Before we even get to the narrow cone of the radome, there is a needle-like pitot tube.  This is followed by a blade-like apparatus on either side of front nose cone.  Before we even get to the cockpit, the Gripen looks capable of impaling someone.
The forward fuselage starts out innocently enough, but that all changes when you reach the intakes, which resemble food processor attachments.  Follow that with the Gripen's aggressive canards, which would not look out of place on a medieval polearm.
Going back along the aircraft's dorsal spine, we see not one, not two, but three small sharp fins followed by the vertical tail.  Not to be outdone by the nosecone, the tailfin has another needle-like pitot tube sticking out.  One can only assume athis is some sort of self-defense mechanism like a stegosaurus or stickleback fish.  Perhaps Saab engineers thought it would be helpful in keeping the Gripen from being eaten by the larger planes.
Moving on to the wings...
The Gripen's canard delta-wing design already gives it a barbed-arrowhead appearance.  Apparently this was deemed "not aggressive enough".  Saab remedied this by mounting several mean-looking weapon pylons on each wing.
Even without weapons,  these sharp-looking weapon pylons look dangerous.  Almost like the talons from the aircraft's namesake, the griffon.
Not to be excluded, even the aircraft's exhaust nozzle sticks way out to the rear of the aircraft.  Saab engineers will tell you this is make the Gripen more tail-heavy for quicker pitch-up maneuverability...  But it seems dubiously close to an insect's stinger.
Taken as a whole, the JAS 39 looks as if it could impale anything that gets too close.
The esthetic resembles that of 70's era science fiction.  Not so much the "used future" aesthetic of Star Wars.  More like the sleek aggressiveness of Japanese anime.  Specifically, Space Battleship Yamato (Star Blazers to western audiences).
Imagine the "ray gun gothic" of classic Buck Rogers mixed with Cold War design cues.  This gives you fantastic designs like the Cosmo Tiger.  Lots of needle-like protrusions, a stinger tail, sharp aggressive edges... 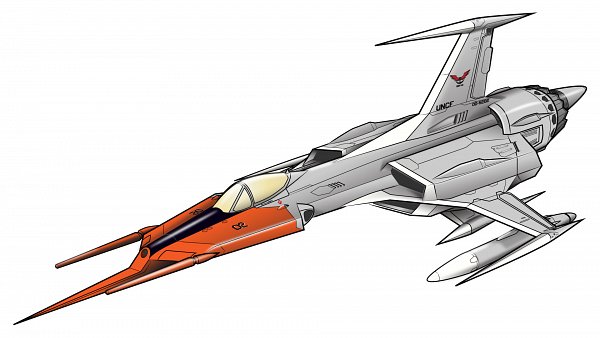 Wait a minute...  That almost looks...  familiar.
Do you think..?
Nah.
Couldn't be.
I mean...  C'mon...  A Japanese anime starring a Swedish fighter jet?  That would be ludicrous.  That would be just plane silly. 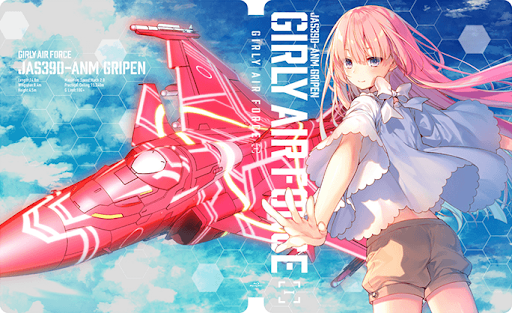