WE NEED TO TALK ABOUT AMERICA... (RANT)

I've been trying to avoid this.

I know if I start talking about American politics I run the risk of devolving into a dangerous rant spiral I may not be able to escape from...

But we have to talk about it.

In much the same way that 2020 has become a defining year of a generation, the upcoming American election has become a crucial turning point in American history.  Election 2020 is not simply a matter of Republican versus Democrat.  Election 2020 is the point at which America either continues down the path of Trumpian demagoguery or manages to hit a soft "reset" button to go back to the pre-2016 "normal"...  Flawed as it was.

Don't worry, I will resist the urge to count down all of Donald Trump's sins against democracy and common decency.  Those are plentiful and well publicized.  I won't even go into Trump's disastrous negligence in dealing with the Coronavirus pandemic.

Instead, I will concentrate on the two (three?) possible outcomes of the upcoming election and how they will effect Canada's geopolitical future as well as our upcoming fighter jet purchase. 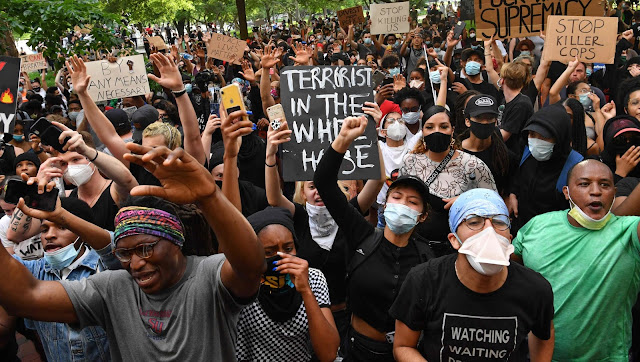 Although Donald Trump is running far behind in the polls, his loss is far from a certainty.  Mathematically, his chances are only slightly less then they were back in 2016.   When combined with the amount of cards being stacked in his favor (Supreme court picks, sympathetic state governments, voter suppression, etc); Donald Trump has a fair chance of being re-elected.
Realistically, Trump has almost zero chance of winning the popular vote.  Any victory would be similar to the either the 2016 or 2000 election, where a candidate loses the popular vote but wins the electoral college (possibly with some legal trickery).  As before, roughly half of the American population would become frustrated with the result.
Needless to say, such an outcome would serve only to split a divided nation even more.  Trump's tenure in the White House has been incredibly partisan, winning a second term would likely serve only to worsen the problem.  Expect to see even more protests and civil unrest, further destabilizing the United States of America.
Trump and his ilk, emboldened by their victory, will ramp up their nationalist agenda.  Trump will make good on his promise to leave the WHO.  His open disdain for NATO would no longer be checked by the need for re-election, putting the entire organization in jeopardy.  We could also expect more aggressive trade actions akin the Boeing/Bombardier affair.
It should go without saying that a Trump victory would be bad for Canada.  Not only due to Trump's antagonistic approach towards us, but due to his open contempt for fulfilling America's (self imposed) responsibilities.  Canada does have an opportunity to step up and fill the vacuum left by American world leadership, but that may not always be possible given our reduced resources.
Despite his tough talk, the American military industrial complex has done okay under Trump's watch.  It seems unlikely that either Lockheed Martin or Boeing will struggle for funding.  Financially, both F-35 and Super Hornet production should be safe.  Unfortunately, there is more to it than that.
America's response to the COVID-19 pandemic has been disastrous.  This has led to a domino effect of economic hardships, anxiety, and a strained healthcare system.  With infection rates on the rise, the US economy will continue to falter, leading to even more civil unrest.  It takes more than coffers full of money to keep fighter production going; you need a healthy workforce and a steady supply chain, both at risk moving forward.
The coronavirus has already resulted in delays for the JSF, leading to subsequent delays in starting up the "full rate production" needed to reduce F-35 unit costs to acceptable levels.  At this point, one wonders if the constantly delayed JSF will ever reach full rate production.  With affordability being Canada's major stumbling block procuring the F-35, this could be the final blow to a Canadian purchase.
Meanwhile, Boeing still has issues that make it rather unpalatable.  Fresh off the heels of disrupting Bombardier, it has moved on to ruining Embraer.  Already reeling from the 737 MAX controversy, the coronavirus pandemic has come along to kick Boeing while it is down.  While the aerospace giant is far from down-and-out, it will undoubtedly need some serious restructuring in the near future.  The Block III Super Hornet, being a low priority, could be on the chopping block. 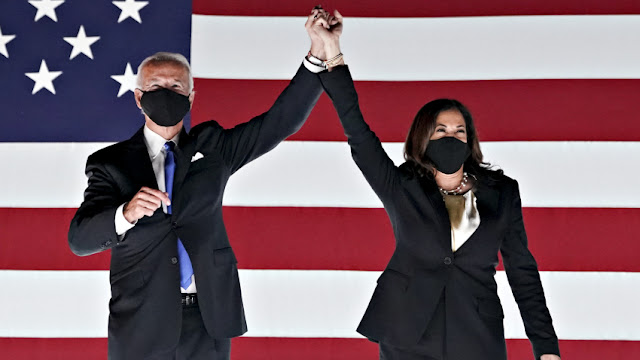 Former Vice-President Joe Biden has made no secret of his intentions should he win office.  He intends act as a "reset" button, taking America back to the kindler, gentler days (???) of the Obama administration.  So far, this strategy appears to be working, as he is far ahead in the polls.
It is not that easy, however.
Should he win, Biden will inherit VERY different nation compared to 4 years ago.  Not only will he have to deal with the COVID-19 pandemic, but Trump's tenure as president has led to a surge of white nationalism, partisan politics, and a divided population poised for a civil war.  Trump has already alluded to the fact that he may not concede the election, already sewing the seeds of doubt if he loses to anything but a landslide.  His hardcore (often heavily armed) supporters may present a bit of a problem.
Indeed, a newly inaugurated Biden's biggest challenge may be with dealing with the aftermath of the election, rather than the race itself.  Bringing together a divided nation, ravaged by the effects of the Coronavirus, is no small task.  Difficult decisions will have to be made.
Biden would at least have support moving forward.  Not only is Biden favored to win the presidential election, but his Democrat party is poised to keep its majority in the House and gain control of the Senate as well.  This does not rule out conflict, however.
Part of the Democrat's resurgence lately is thanks to the increasingly progressive wing of the party.  Decades of never-ending wars, global warming, and increasing economic disparity has led to the rejection of Reagan-era style policy.  No one can deny the popularity of Bernie Sanders, Andrew Yang, and Alexandria Ocasio-Cortez.  In fact, the popularity of "The Squad" helped Democrats win control of Congress in 2018.
The pandemic has made the divide of America's economic disparity even more clear.  Wealthy families had no problem self-isolating in their mansions and yachts.  The higher income workforce was mildly inconvenienced by working from home.  Meanwhile, manual laborers and the service industry has been devastated.  To add insult to injury, American health insurance is often connected to employment.  Lose your job, lose your health insurance.  Needless to say, losing your job and your health insurance in the middle of a pandemic is enough to skew anyone's political view.  Universal health care is becoming an increasingly popular idea in the U.S. Andrew Yang's proposal of a universal income seemed too radical just a year ago during his nomination run...  But now the idea seems to be quickly gaining traction.
While the Democratic party is nowhere near as anti-military as some believe, they are more likely to make cuts.  While the JSF funding has so far remained unscathed, that could very well change for a government under increasing pressure to fund healthcare reform while suffering the worst unemployment rates since the Great Depression.
A Biden win would undoubtedly  help America's reputation on the global scale.  Paradoxically, it would also force America to look inward.  Do not be surprised if the USA took a step backward from its leadership position in order to get its own affairs in order.  Again, this would put more pressure on its allies (like Canada) to step up and fill the void. 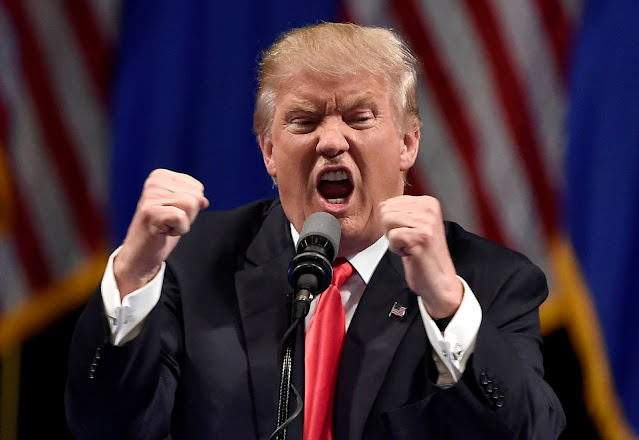