The F-86 Sabre is one of the greatest jet fighters of all time.  Of that there is simply no debate.  With almost 10,000 airframes built all over the world, the F-86 remains the most prolific western fighter of all time.  It could be argued that the Sabre's overwhelming success in the early days of jet propulsion led the America's eventual dominance over the fighter industry.

The reasoning behind the F-86's success is simple:  IT WAS A DAMN GOOD FIGHTER.

Most early jet fighters suffered from underwhelming performance.  Despite the additional power provided by a jet turbine, aircraft like the Gloster Meteor and P-80 Shooting Star did not live up to the promise of jet propulsion.  While they were certainly superior to the piston-driven aircraft of WWII, they seemed to "top out" as they approached Mach 0.8.  Air starts to behave differently at these higher speeds, a phenomenon known as compressibility.  Aside from their propulsion, these early fighters were shaped like their propellor-powered progenitors.  As powerful as these new-fangled turbojets were, they still were not enough to cheat the laws of thermodynamics.

Fortunately for the USA, they came out of WW2 with some cutting edge research and some of the most brilliant scientific minds of the day...  Direct from Germany.

Germany, already years ahead in the jet fighter business thanks to the Me-262, had already figured out a solution to the pesky compressibility issue:  Swept wings.

Introduced by a brilliant engineer named Adolf Buseman, swept wings allow the shockwaves created by near-transonic speeds to be "delayed" so that the aircraft does not have to push through them.  (This is a REALLY crude analogy.  For a more detailed explanation, go here)

North American's initial design for the XP-86 Sabre called for straight wings derived from its legendary P-51 Mustang.  After initial studies revealed that the this design would be lead to underwhelming performance, the decision was made to incorporate that radical new wing design.

The rest, as they say, is history. 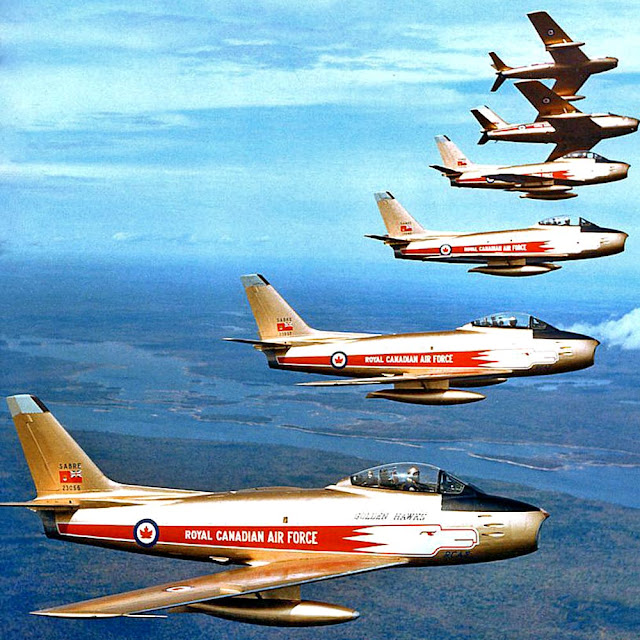 Unlike later fighters, the F-86 was a simple machine.  Its iconic, minimalist shape leaves no question what this aircraft is meant to do.  A single large intake to feed its turbojet, six .50 calibre machine gun ports, a bubble canopy providing unrestricted view, and swept wings give the impression of an undersea predator.  The Sabre was fast and deadly.

Canada's decision to incorporate the F-86 Sabre into the RCAF was pretty much a no-brainer.  There simply was not anything like it at the time...  Except for the Soviet MiG-15 and the Saab Tunnan.

Better still was the decision not just to buy the Sabre, but to license build it.  Canada's version of the Sabre, designated the CL-13, would go on to be become the superior variant of a superior fighter.

Built in Montreal, Quebec, early versions of the Canadair Sabre were indistinguishable from their American counterparts.  Being license-built, Canada had the option of "tweaking" the design somewhat.  Mark II versions would incorporate power-assisted controls and an "all-flying" tailplane allowing for greater control.  Later versions, the Mk. 5 and Mk. 6, would replace the General Electric J47 turbojet with more powerful Orenda engines built in Canada.

These later Orenda-powered Sabres would go on to become the "hot rods" of the Sabre fleet.  Producing up to 7,275 pounds of thrust compared to the 5,910 pounds of thrust of American models; these Canadian Sabres quickly earned the envy of other, less powerful Sabre pilots. 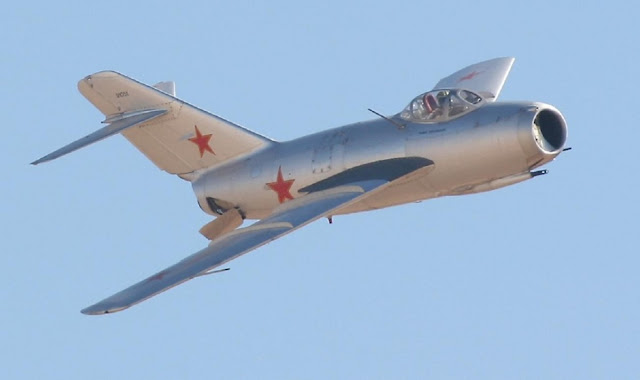 No mention of the F-86 would be complete without discussing its Soviet counterpart, the MiG-15 "Fagot".
Calling the MiG-15 a Soviet design is rather generous.  In the closing days of WWII, Soviet forces captured plans for the Me-262's successor, the Focke-Wulf Ta 183.  This German design appears eerily similar to what would later end up as as the MiG-15.  Similarly, the MiG-15's engine originates from the British Rolls-Royce Nene, having been sold to the Soviets in a hope to improve relations...  Only to be reverse engineered.
Armed with two 23mm and a single 37mm auto cannon, the MiG-15 had substantial punch.  Deemed necessary to bring down large bombers like the American B-29, these cannons lacked the rate of fire needed to bring down smaller, faster targets.
Still, the MiG-15 proved to be far superior to older, straight wing fighters like the P-80 Shooting Star.  Only the introduction of the F-86 Sabre would see the MiG-15 meet its match. 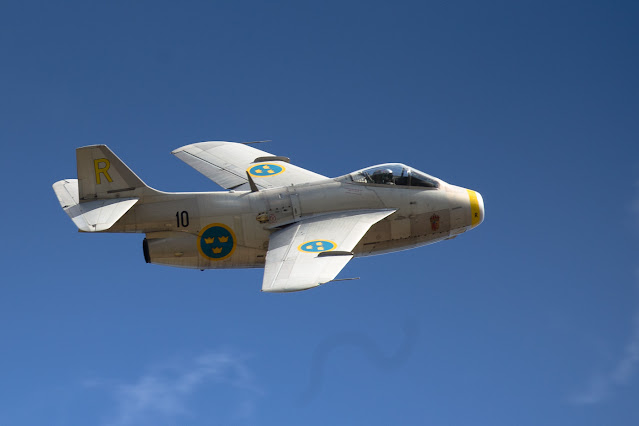 While the Americans and Soviets were busy building a new generation of swept-wing fighters numbering in the thousands, Sweden was deciding to flex its fighter-building muscles as well.
Much like America and the Soviet Union, Sweden had somehow ended up with some German research data.  Go figure.  The resulting aircraft was the Saab J29 Flygande Tunnan (Flying Barrel).  Although it lacks some of the (*ahem*) sleekness of the F-86 and MiG-15, the J29 offered a similar level of performance.  Its 4 20mm auto cannons seem to offer a compromise between the F-86's rate-of-fire and the MiG-15s punch.
Unfortunately for the J29, it just did not have the legacy of the F-86 or the MiG-15.  Produced in far smaller numbers, the Tunnan saw only a singe export customer with Austria.  Customers looking for a modern swept-wing fighter were far more likely to "pick a side" between Cold War adversaries.
The J29 Tunnan would prove to be an important fighter, however.  Its development would lead to Sweden continuing on building its own line of fighters.  This lineage includes the J35 Draken, JA 37 Viggen, and JAS 39 Gripen.  These fighters prove that even small nations with limited budgets can develop world-class fighters. 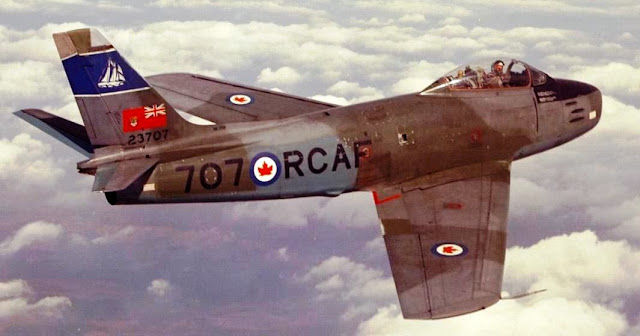 Of course.
The only two rivals to the F-86 Sabre were the MiG-15 and the Saab Tunnan.  The MiG-15 was certainly not a political possibility.  The Tunnan would have been an unlikely choice given that Canada had already chosen a side in the Cold War.
One can hardly question the decision.  The F-86 Sabre is simply one of, if not the best fighter of all time.  Canada's Mk 6 Sabre was considered the best of the best.

Perhaps the biggest lesson that can be learned from the success with the CL-13 Sabre is that Canada can take a good platform and make it even better.