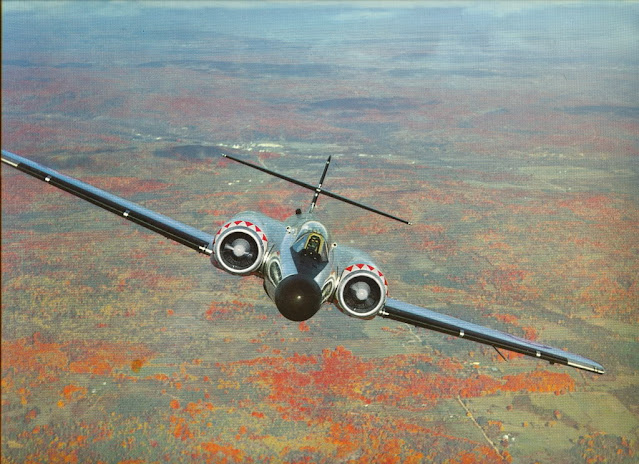 Alright.   I'm not even going to pretend that Canada might have had better options than the CF-100 Canuck.  The CF-100 Canuck was the first and only Canadian-designed fighter to see production.  Its intended successor, the CF-105 was infamously cancelled.
While it may seem ungainly and archaic now, remember that the CF-100 was designed in the 40s and first flew in 1950.  The "Clunk" was at the forefront of the jet age.  Equipped with two jet engines, a radar, and rockets; the CF-100 would have been in the realm of science fiction just 10 years prior to its introduction.
Instead of pondering whether or not Canada should have bought something else instead of the CF-100, we will simply place it alongside two of its contemporaries and see what happens when Canada builds a fighter with its own needs in mind instead of buying off the shelf. 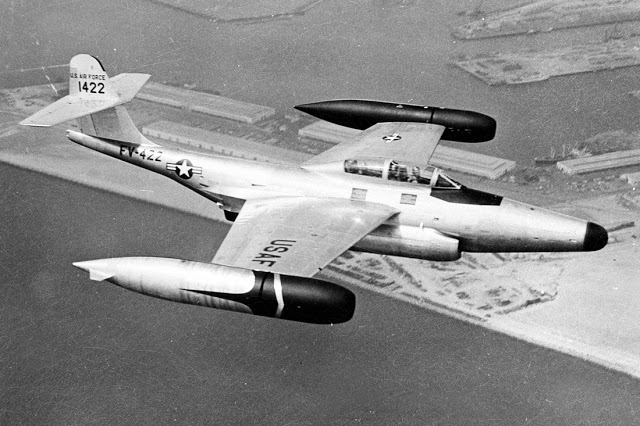 Like the CF-100, the F-89 Scorpion filled the role of all-weather interceptor.  The two aircraft are remarkably similar.  Both mounted a radar in the nose.  Both had similar two-engine designs with broad, flat wings and a t-tail.  Both were armed with wingtip-mounted rocket pods with a secondary armament of machine guns.  They are roughly the same size.  One could be excused for confusing the two.
Despite the similarities, there are some rather distinct differences between the F-89 and the CF-100.
Most notably, the Scorpion is faster (sort of...  more on this later).  As well it should be, it utilizes afterburners while the Canuck does not.  It also has a higher service ceiling.  Its larger wingtip pods held almost twice as much 70mm folding fin rockets (104 vs 58).  The faster speed and additional firepower does not mean the F-89 was a better interceptor, however.  Especially for Canada's needs.
While not capable of the same speeds as the Scorpion. the Canuck was no slouch.  Its Canadian-made Orenda 11 turbojets managed to produce more power than the Scorpion's Allison J35-A-35...  Even without the benefit of afterburners.  This endowed the "Clunk" with faster rate-of-climb performance, an important benchmark for an interceptor.  The CF-100 also had a much superior range (3,200km vs 2,200km) 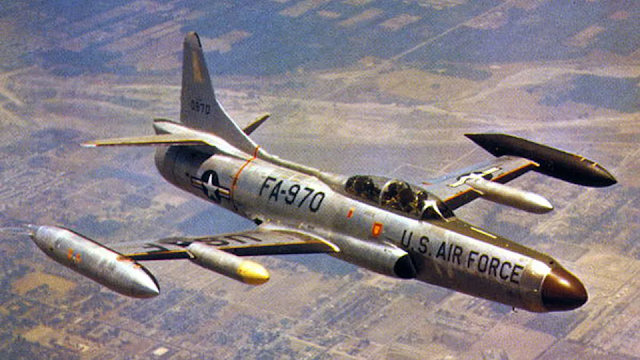 Developed from the the T-33 Shooting Star, which itself was developed from the WWII-era P-80; the F-94 Starfire was...  An all-weather interceptor that flew...  Very briefly.
Seriously, the F-94 was retired from active service ten years after its first flight.  It was quickly replaced by both the F-89 and F-86D.  It had nothing to offer that could not be found elsewhere.
When compared to the CF-100 Canuck, the F-94 was faster...  And that's about it.

Based on the F-86 Sabre, of which Canada was one of the many operators, the F-86D was a natural evolution of one of the most ubiquitous fighters of all time.
The design philosophy is simple.  Take the extremely successful F-86, enlarge it slightly, and equip it with a more powerful radar and rockets.  Boom.  You now have an all-weather interceptor.
This solution would seem to be all-to-obvious for the RCAF.  The F-86 Sabre is a proven performer, and commonality would help keep costs down to a minimum.
Unfortunately, the F-86D had nowhere near the range required of an interceptor tasked with defending Canada's airspace.  Adding all that extra equipment into the tiny F-86's airframe had repercussions.  Even carrying extra fuel, the F-86's range was less than half that of the CF-100 Canuck. 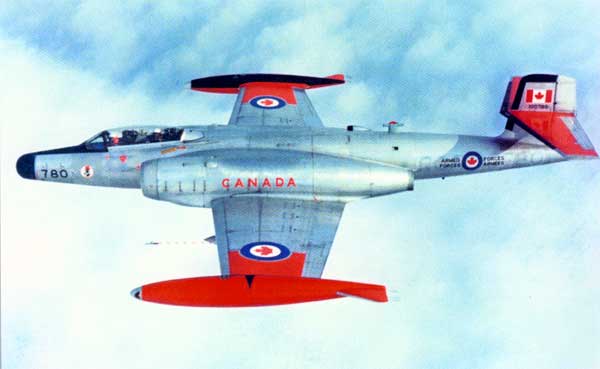 Well... YEAH.  Absolutely.
The "Clunk" may not have been the fastest or sexiest aircraft, but that does not diminish its legacy.  Designed in the days after WWII, the CF-100 was extremely competitive for its day.
Perhaps the biggest regret regarding the CF-100 is that Canada did not take it far enough.
A proposed "Mark VI" variant would have equipped the Canuck with Sparrow II missiles, making it one of the first fighters armed with air-to-air missiles.  Unfortunately, a missile-equipped Canuck never saw widespread service.
A more advanced variant, the CF-103, would have taken the Canuck even further by adding swept wings and afterburning engines.  This would have (theoretically) increased the Canuck's speed to near-supersonic performance.  Unfortunately, its development was curtailed based on the fact that it was not enough of a performance boost over the CF-100.  This was after an unsanctioned test flight had revealed that the "slow" Canuck was capable of going supersonic in a dive.  Avro was then free to devote its efforts entirely to CF-105 Arrow.
Despite being developed while jet aircraft were still very much in their infancy, the CF-100 would go on to enjoy a long service life.  Initially intended for a 2,000 hour service life, the Canuck was found to last up to ten times that.  Even after its replacement by the CF-101 Voodoo, the Canuck was utilized for reconnaissance, training, and electronic warfare roles.  One wonders about the lost potential of not exploring ground-attack capabilities.
Considered a "first generation fighter", the CF-100 Canuck would go on to share the skies with fourth generation fighters like the F-15 and CF-18.
This unassuming interceptor turned out to be an incredibly robust overachiever.  Unfortunately, it remains Canada's only indigenous fighter design to see full production.  Truly a shame, as it merely hints at what Canada is capable of.  Perhaps that is the "Clunk's" greatest legacy; it is a reminder of what Canada can do.
CF-100 Canuck F-86 Sabre Scorpion Starfire F-94 F-89