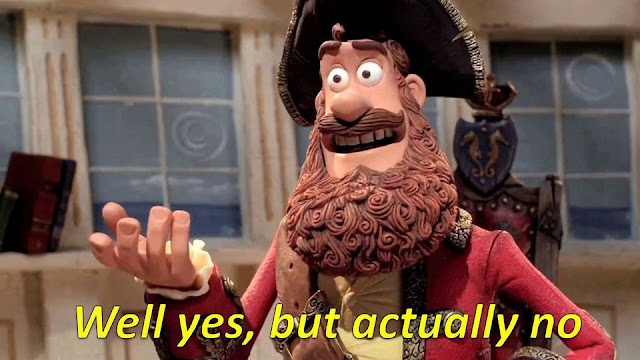 Originally conceived as a lightweight and affordable replacement to the F-16 and F/A-18, the Joint Strike Fighter (JSF) would soon grow (both figuratively and literally) to become one of the most controversial military procurements in modern history.  Beset with cost overruns, delays, and defects; the F-35 program has nonetheless soldiered on and is now officially in service with several air forces around the world and is being produced in large numbers.

Canada's relationship with the JSF has been a turbulent one.  The Harper Government announced the purchase of 65 Lockheed Martin F-35As back in 2010, only to backtrack on that announcement two years later.  The F-35 purchase remained in limbo until 2015, when a newly elected Justin Trudeau announced that Canada would conduct an open competition to replace Canada's CF-18 fleet.

Back in 2012, the F-35 program was political poison.  The aircraft itself was years behind schedule and not meeting performance expectations.  What really killed the Canadian purchase was its cost.  As it turned out, the numbers presented back in 2010 to justify the F-35 procurement were wildly optimistic.

Canada's JSF purchase cancellation would soon turn to dithering, followed by an election that resulted in a change in governments followed by the painfully slow process of rebooting Canada's CF-18 replacement program into the current FFCP (Future Fighter Capability Project). 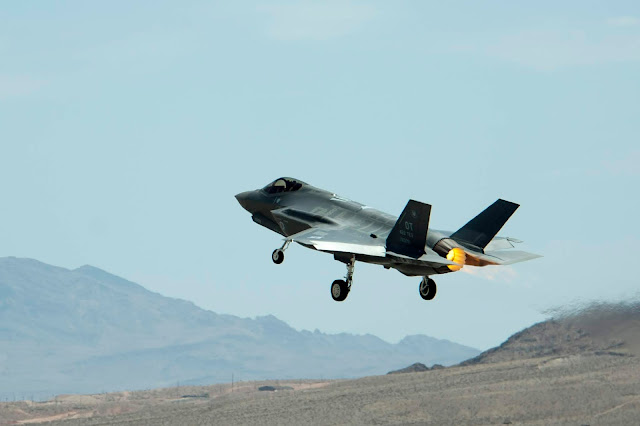 All this extra time has worked into the F-35's favor.

Canada's decision to reevaluate the JSF came at a time when the F-35 was a poster-child for military-procurements-run-amok.  It was vastly over-budget and behind schedule.  There were legitimate questions as to whether the program would ever meet the lofty expectations set for it.  The aircraft itself was criticized for being inferior in performance to the aircraft it was supposed to replace.  It has been plagued with technical issues and even a few high-profile losses.

Despite the JSF's assorted issues, the Pentagon has remained steadfast in its support.  It has declared IOC for all three variants and have pushed for accelerated production.  The F-35 been deployed to various locations around the USA and even the world.  It has even seen its first combat operations.

Foreign sales prospects have been a mixed bag.  Some nations, like Canada, have taken a step back to reevaluate the F-35.  Some have drastically cut their initial orders.  Some have nixed the aircraft completely.  Turkey, once a major partner in the JSF program, has been booted entirely.

At the same time, the JSF has seen interest from many nations not initially involved with the program.  Finland and Switzerland are currently evaluating the fighter.  Singapore has committed to buying 4 F-35Bs with the intention of procuring 12 in total.

In the time since Canada's revaluation of the JSF, many of its technical issues have been corrected and its unit cost has managed to come down to much more reasonable levels.

Surely this means the F-35 is ready to take its place in the RCAF, right? 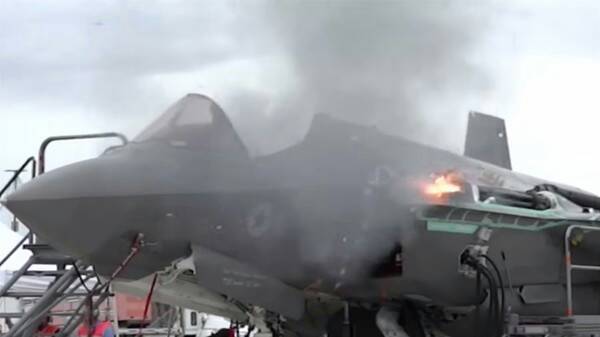 Not so fast.  Despite unit cost coming down, the F-35's operating cost is still sky-high.  Flying the F-35 costs more than twice that of legacy fighters like the F-15, F-16, and F/A-18.  This, despite the fact that those JSFs are fresh from the factory while those legacy fighters are decades old.

Steps are being taken to reduce F-35 operating costs, but getting it down to a figure more comparable to legacy fighters appears to be nearly impossible.  The F-35 will simply never be the affordable, cost effective fighter it was initially intended to be.

Operating cost has been, and always will be, the F-35's biggest obstacle in finding acceptance in Canada's military.  The RCAF simply does not have the operating budget for a JSF fleet, especially now that that fleet will consist if 88 aircraft over the originally intended 65.

At least Canada is sure to have avoided the trouble-prone early F-35s.  These aircraft have been deemed not worthy of upgrading to current standards and will not likely see life past 2026.

Despite many of the F-35's deficiencies being corrected over the last few years, many more remain.

According to Project on Government Oversight, the JSF suffers from "883 unresolved design flaws". Of these, 448 are "open, in dispute"; which means that Lockheed Martin does not even acknowledge them as problems.  Particularly worrisome are the 162 deficiencies that have been identified as "open, no planned correction".  That means that both sides have simply given up on fixing the problem.

Worse still is that fact that 9 of the F-35's issues have been classified as "Category I" meaning they  “may cause death, severe injury, or severe occupational illness; may cause loss or major damage to a weapon system; critically restricts the combat readiness capabilities of the using organization; or result in a production line stoppage.”  The response to some of these issues is to merely reclassify them as "Category II".

These are not minor issues.  Most read like a "greatest hits" compilation to those familiar with the program.

Perhaps the most promising thing about ALIS is that the Pentagon has decided to replace it with the new system ODIN (Operational Data Integrated Network).  Hopefully, this new system will succeed where ALIS failed. Given the F-35's track record, it would be wise not to get too optimistic.

While ALIS may have been an overly ambitious "5th Generation" feature, there are other parts of the F-35 that are not so new.  One such part is the gun; the very thing that defined fighter aircraft for years.

Currently, if the F-35 fires its cannon, it is more likely to damage itself than its target.  The 25mm GAU-22/A is still horribly inaccurate.  If that was not enough,  “Units flying newer F-35A aircraft discovered cracks in the outer mold-line coatings and the underlying chine longeron skin, near the gun muzzle, after aircraft returned from flights when the gun was employed,”. 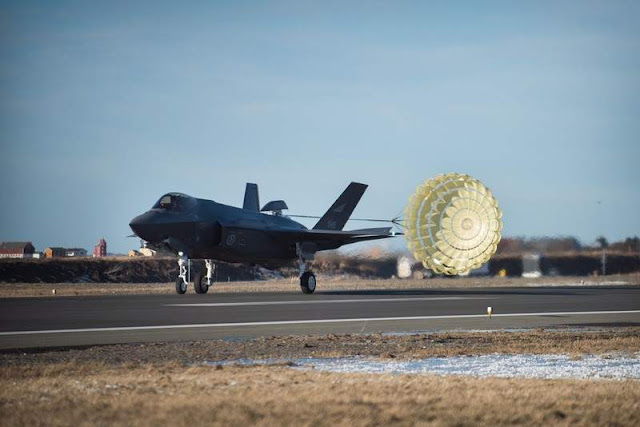 For Canada, one major requirement for any potential fighter is the ability to land in less-than-ideal conditions.  While CFB Cold Lake and CFB Bagotville have adequate runways, the same cannot be said about Canada's Forward Operating Locations.  Thankfully, the CF-18 is equipped with an arrestor hook to shorten its landing distance if required.  The F-35A lacks this feature, but does offer an alternative...  Sort of.

While the F-35A has no arrestor hook, Norway has specified the addition of a bolt-on drag chutes to assist in landing on short, icy runways.  Unfortunately, like just about everything else related to the JSF program, they are not working as they should.  Currently, it is unable to last the required 10,000 landings between failures.

Perhaps the RCAF's decision to upgrade its Forward Operating Locations may mitigate the need for a chute altogether.  Perhaps it would be better to have both.

An unreliable drag chute is not the only problem the JSF would have in Canada's cold weather.  A software bug is forcing planes to abort their flights due to erroneous data that a battery has failed.

Despite these issues, Canada's Department of Defence has deemed cold-weather testing unnecessary.  One hopes this is not a form of cognitive dissonance so the DND can deny knowledge of any issues that arise at a later date or, worse yet, they know such tests would look bad on a pre-determined winner; revealing the entire FFCP as a farce.  Hopefully, cold weather testing is being skipped in Canada because we could just copy Finland's notes. 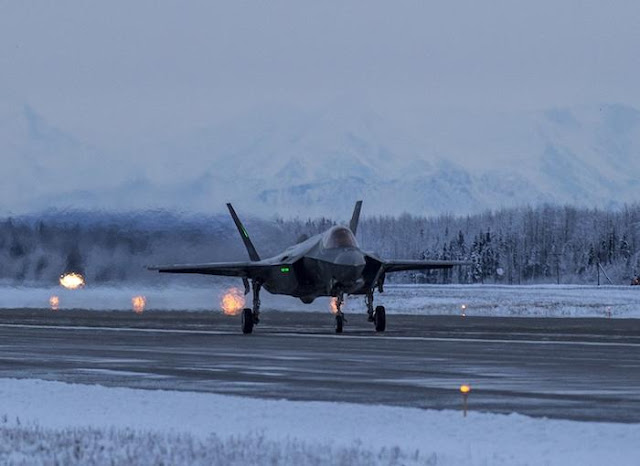 Could Lockheed Martin fix all the F-35's problems in time for it to be ready for Canada?  Unlikely.    While some issues would undoubtedly be corrected, history suggest that more issues have yet to be found.  While improvements have been made, the JSF continues to be a troublesome aircraft. It certainly can be utilized, but still requires work-arounds.

The day may come when the F-35 sheds its controversial reputation, but that day is still years off.    The USMC has hinted it may cut its F-35B order by over 100 aircraft.  Surely it has nothing to do with those cracked bulkheads...

Perhaps, like everything else, right now, a simple virus could be the greatest danger to the F-35.

The outbreak of the Coronavirus has not left the JSF unscathed.  Flight testing has been put off during the pandemic, severely dampening efforts to stomp out many of the aircraft's bugs.  Full rate production will likely be delayed further.

In the longer term, one has to wonder if there will be a fundamental shift in the political will to keep the F-35 production at its intended level.  Spending billions on fighter jets would seem to be counterproductive in a world that far more needs ventilators for the sick and trillion-dollar stimulus packages...  Especially with record high unemployment rates.

Make no mistake.  Military procurement budgets WILL BE CUT.

The F-35 Lightning II may have made great strides in becoming the fighter it should have been from the very beginning, but it has not gotten there yet.  Given the challenges it still faces, it probably never will.  Whether it will be seen as "good enough" remains to be seen.