CAN BOEING DIG ITSELF OUT? 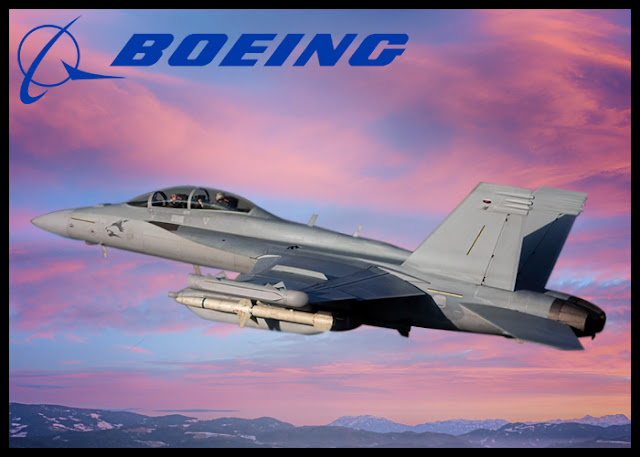 Everything looked so promising for Boeing just a few years ago.

In 2017, the Liberal government came this close to purchasing 18 Boeing Super Hornets in order to plug a "capability gap".  Such a move would have almost certainly have given a leg up on its competition to replace the CF-18 fleet as a whole.  Boeing could have easily turned that "interim" order of 18 fighters into 88, keeping its St. Louis factory busy and scoring a much needed win against  Lockheed Martin.

Instead of taking the easy win, Boeing decided to snatch defeat from the jaws of victory.

We all know the story by now.  Boeing used its influence with Trump White House to impose massive tariffs on Bombardier's promising but troubled C-Series.  This decision was eventually overturned, but by then the damage was already done.  Bombardier had little option but to hand over the C-Series to Airbus and has since announced plans to exit commercial aviation altogether.

Needless to say, this move scuttled Canada's goodwill toward Boeing.  Canada was already undergoing anti-American sentiment thanks to Donald Trump's presidency.  Rewarding Boeing's predatory trade actions with billions of dollars worth of fighter sales would have been political suicide.  There was no way the Trudeau government would willingly enter the 2019 election with the Boeing albatross around its neck.

If that was not enough, Boeing has another problem.  You may have heard of it... 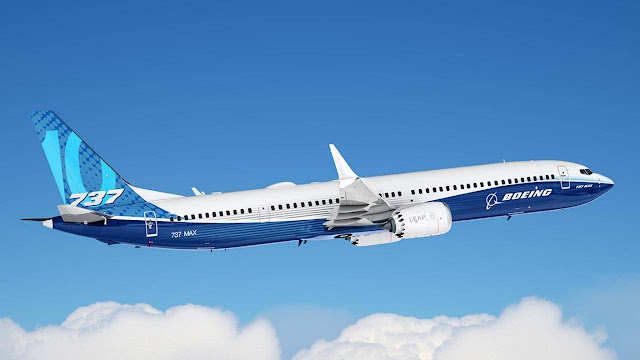 If you haven't heard of the 737 MAX, I suggest you find a way out of the cave you have been living in the last few years.

The story of the 737 MAX is simply too big for me to attempt in this humble blog.  Suffice it to say, it has been an unmitigated disaster.  Boeing took too many risks, too many shortcuts, and pinched too many pennies in an attempt to beat Airbus to the market...  With deadly results.

The saga of the 737 MAX would not have been what it is if it were a mere design defect.  Instead, investigations into the 737 MAX has led to damning insight into Boeing's corporate culture.  An aerospace company that was once renown for its engineering talent was now outsourcing that job to the lowest bidders.  Safety issues were being covered up rather than fixed.  Marketing fluff that the 737 MAX required next-to-no additional pilot training was not based on reality.


Instead of designing an all-new replacement for the 737, Boeing simply slapped on a new set of engines to a 50-year-old design.  These new, larger engines, needed to be placed further forward and higher.  This led to altered center-of-gravity and handling characteristics.  Boeing's solution to this was simply to modify the flight software...  The same software that was outsourced to save money.  Since Boeing's marketing insisted the MAX flew no different than its predecessors, thereby reducing costs, MAX pilots were not prepared for a simple hardware malfunction.

Boeing is now the poster child for the evils of modern capitalism.  A huge, monolithic entity that seems to care more for its short-term share price than its customers or the general public at large.  It uses its considerable political influence to extort subsidies for itself while punishing competitors with tariffs.  A company that was once renown for its engineering prowess now seems to be in the hands of beancounters.  Product has taken a backseat to short-term profit and share prices.

Now, as the coronavirus causes the markets to crash, Boeing finds itself in dire straits.  Covid-19's effect on air travel demand has had an even more disastrous effect on Boeing's share price following the 737 MAX debacle.

Is there anything in Boeing's favor right now? 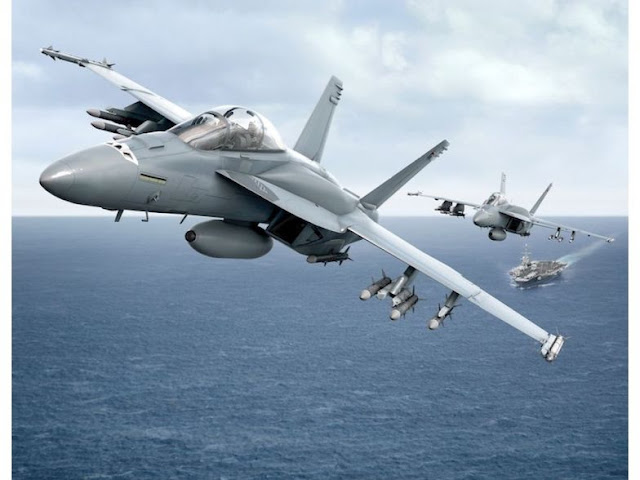 The Super Hornet is a damn fine aircraft.  With Block III upgrades, it looks to be even better.

The F/A-18E/F soldiers on as the USN's workhorse.  Soon, those "Rhinos" will be fitted with conformal fuel tanks, upgraded cockpits, and an IRST located in the belly tank.  These upgrades will greatly increase the aircraft's capability and keep it relevant for decades to come.

Of the three aircraft vying for Canada's FFCP, the Super Hornet is by far the lowest risk option.  It still has a chance at winning an order for 88 aircraft.  Kuwait has ordered 28 F/A-18E/Fs, Australia has obtained 24, and the USN has ordered another 78 (more on this later).  The Super Hornet is being considered for other markets as well, such as Finland's HX competition and even as a replacement for Germany's aging Tornado fleet. 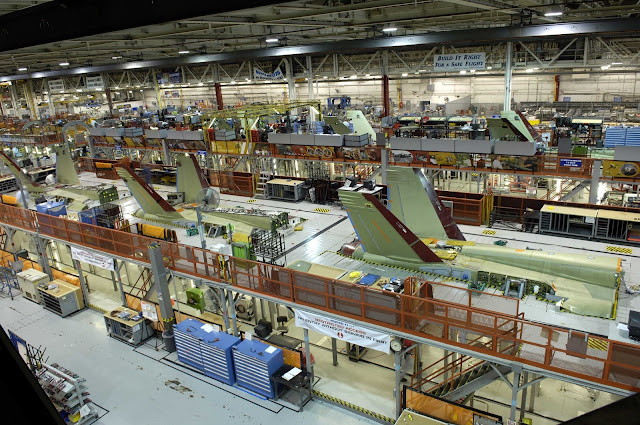 Remember that order for 78 Super Hornets for the USN?  That may be cut short.

The United States Navy has requested an end of F/A-18E/F production so that it can free up money for other projects.  The current Super Hornet assembly line would be then used to upgrade existing F/A-18s to the Block III standard.

This move would end Super Hornet production after 2021...  Possibly disqualifying from Canada's FFCP.  Or any other future sales for that matter. 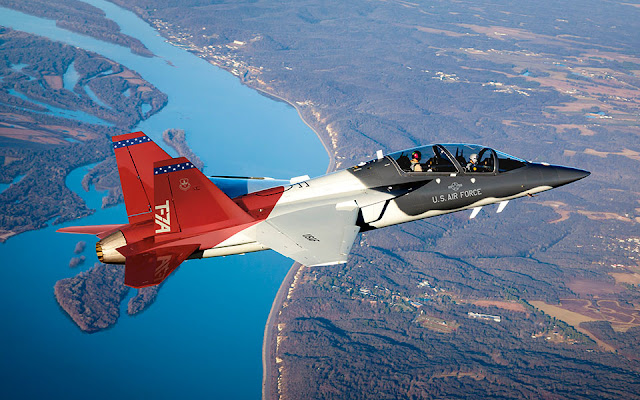 What does the future hold for Boeing?

For one, do not expect Boeing to simply fold.  If any company was "too big to fail", Boeing is it.  Its one-time dominance is certainly in question however.  Its shortsightedness has left it reeling.

At least Boeing has heeded the age-old advice "if you find yourself in a hole, stop digging".  It has shaken up its upper management all the way up to its CEO.  The 737 MAX is undergoing massive rethink, possibly being renamed in an effort to escape its reputation.  Boeing's New Middle-Market Airplane (NMA), the aircraft that was to be the 797, looks like it will now be delayed in favor of a true 737 replacement.  Boeing is busy with its newest 777 variant, the 777X.

Perhaps Boeing's greatest success story in recent years its success in the USAF's TX competition with the T-7 Red Hawk trainer.  Unlike recent Boeing offerings like the 737 MAX, KC-46, and Super Hornet, the Red Hawk was clean-sheet design.  Boeing took financial risks with T-X, but ended up with an aircraft that was exactly what the USAF wanted.  Like the 737 MAX, Boeing outsourced some of the engineering work...  But outsourced to Saab, an aerospace company famous for its ingenuity, not some third-world engineering sweatshop like it did the MAX.

Hopefully, Boeing will learn from its success with the T-7 Red Hawk.  The Red Hawk was successful because Boeing chose collaboration and innovation over intimidation and stagnation.

No amount of marketing can make up for a poor product.  Playing politics is a double-edged sword.  Hopefully, Boeing has learned its lessons and can move on.