IS IT GOING TO BE A FAIR COMPETITION? 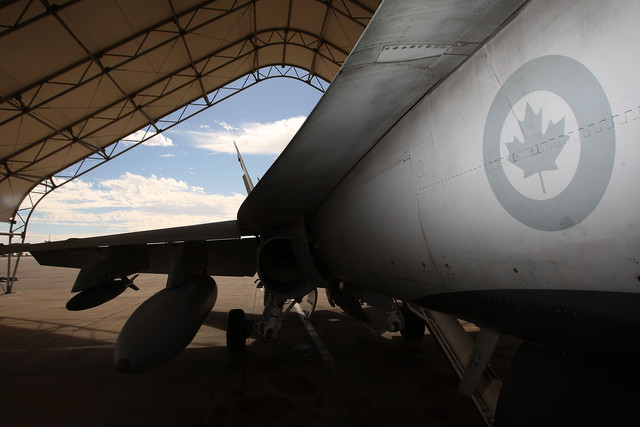 From the very start of this blog (and the one before it) its mission has been to advocate for a fair and open competition to replace the CF-18.  At the time, one of the biggest issues regarding Canada's pending F-35 purchase was how the fighter was selected in the first place.  For those of you who do not remember, the JSF was chosen with barely a cursory glance towards its competition.  The reasoning for this was that the F-35(C) was replacing the F/A-18 in the USA, so it only made sense...

Never mind that the F-35 was developed with little-to-no thought into Canada's needs and budgets.

In what now seems like a perfect storm of controversy, Canada's JSF purchase was delayed, "reset", and then eventually cancelled altogether following years of cost overruns, technical issues, and criticism.  The Liberal Party of Canada's promise to nix the F-35 purchase helped them win the last federal election.


Despite their insistence on a "fair and open" competition to replace the CF-18, you could certainly tell that the newly crowned Liberal government had a preference for the F/A-18E/F Super Hornet.  So much so that it was willing to sole-source 18 Super Hornets as a means to compensate for a nebulous "capability gap".  This made a certain amount of sense, as the the Super Hornet does have some commonality with the CF-18.  The decision did raise some suspicions, however, since it seemed to give the Super Hornet an advantage in the upcoming competition.

That controversy soon became moot when Boeing's strong-arm tactics against Bombardier caused it to quickly fall out of favor with the Canadian population as a whole.  Those brand-new Super Hornets got replaced with hand-me-down Australian F/A-18s.  Awkward.

Now, with both the Lockheed Martin F-35 or the Boeing Super Hornet having political strings attached, is Canada poised for an actual FAIR competition to replace the CF-18?

Recently, it was discovered that emphasis was placed on a fighter's "strategic attack" capability.  This means that the ability to deliver bombs to foreign soil was considered more important that intercepting threats to Canada's airspace.  This does not seem very Canadian.  It is, coincidently, the thing that the F-35 is likely best at.  Could this stipulation be a hold-over from the days when the JSF was the defecto choice to replace the CF-18?

Lockheed Martin also kicked up a fuss due to Canada's requirement that fighter manufacturers to commit to spending 100% acquisition and sustainment costs back into Canada.  This is in direct contradiction to the JSF's business model.

Thankfully, both of these issues have been addressed.  Newer requirements put less emphasis on "strategic attack" and more on "sustainability".  It also docks points on failure to meet industrial benefits rather than strictly disqualifying.

This is a good thing.

Some might decry the reduced emphasis on "strategic attack" as skewing the contest away from the F-35.  This is true, but only in the sense that the F-35 was designed for a mission that Canada rarely participates in.  Sure, it is a role the RCAF has participated in as part of a coalition, but dropping bombs on foreign soil should not be a priority over self-defense duties.

JSF supporters should also be thankful that the RFP has been modifies to allow penalize, rather than disqualify, failure to meet offset targets.  One can argue the merits of the F-35 industrial partnership but it is ultimately a gamble. 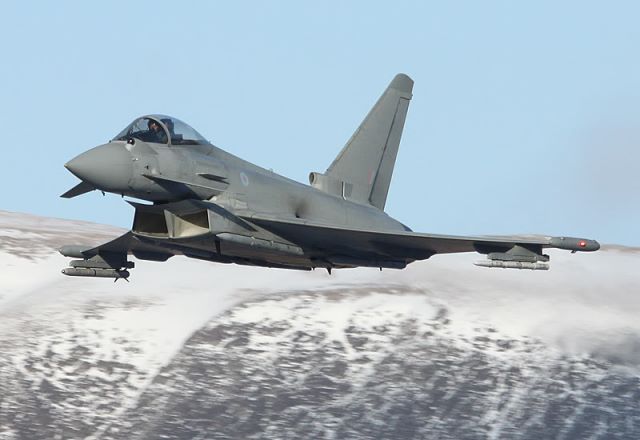 With both the Super Hornet and JSF becoming political pariahs, the time has never been better for the European entries.

Politically, the Eurofighter Typhoon seems to be in an enviable position.  Its Airbus component helped rescue the troubled Bombardier C-Series (although some might see the situation in a more predatory light).  The long awaited FWSAR CC-295 seems to be coming along smoothly as well.  For some, Airbus has an advantage right now simply because it is not American.

Unfortunately for Airbus, it is not alone in the Eurofighter consortium.  The Typhoon's biggest stumbling block may be its multiple partners and existing stakeholders failing to reach consensus.  This leaves new buyers on the hook for newer updates like the CAPTOR-E AESA radar. 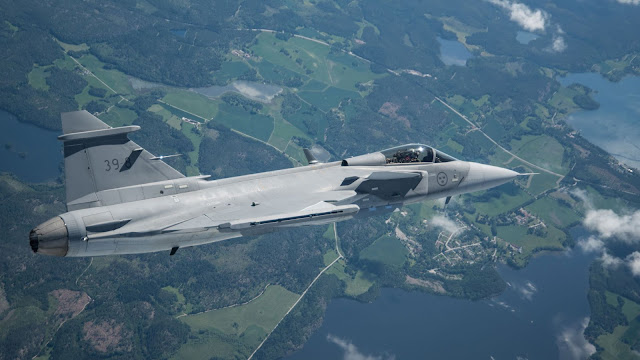 More so than the Typhoon, Saab's Gripen may have found itself in an increasingly advantageous position.  Circumstances have gradually transformed the Gripen from an also-ran, to a dark horse contender, to a serious contender.

Unlike Eurofighter, Saab does not have the need to debate every future upgrade by committee.  While it lacks similar resources, Saab is leaner and meaner.  This allowed the Gripen  to integrate the Meteor missile well before the Typhoon and Rafale.

Saab does lack the political capitol of its rivals, however.  It simply cannot match the lobbying power of Lockheed Martin, Boeing and Airbus.  There is also the awkward fact that the Gripen E is not yet in service.  While testing is going well, there are still no denying the fact that the Gripen is not quite ready.

Given that the first CF-18 replacement is scheduled to arrive in 2025, there is still plenty of time. 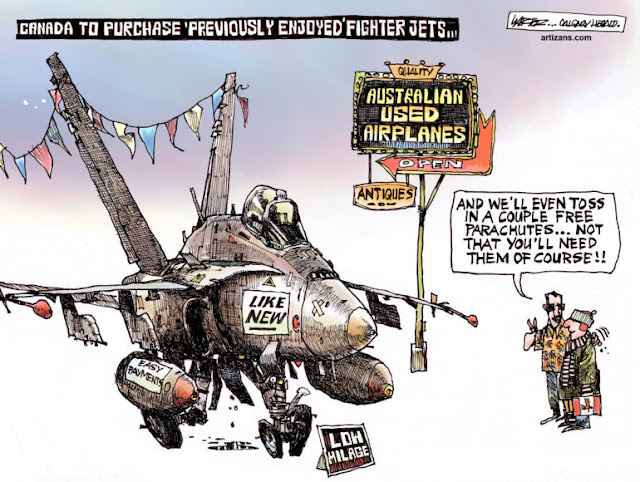 Oddly enough, Canada may have stumbled on to a fair fighter competition not by design, but by accident.  The Tories has a clear preference for the F-35, while the Liberals seemed to prefer the Super Hornet.  Now, with both American entries having serious political baggage attached, the fighters may need to be judged based on *gasp* their own merits.