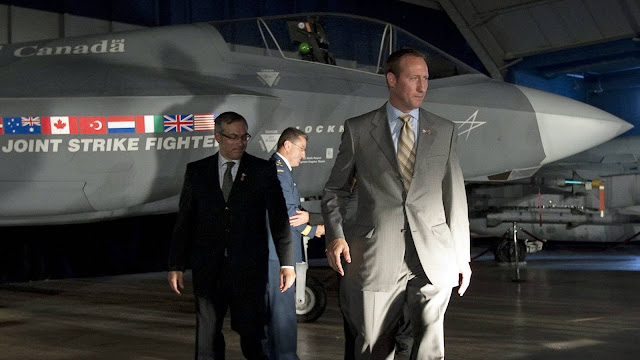 Why is the fighter jet debate so fraught with political baggage?

A recurring theme of the fighter jet debate is that it would go immensely smoother if it were not for all the partisan grandstanding and bickering gumming up the process.  Politics has a nasty habit of delaying or sometime outright ending a promising defence acquisition.  Politicians, eager to sway public favor, will demonize a program while in opposition, only to bungle the process themselves once in power.

Much like being stuck for 10 minutes in the Tim Horton's drive-through, it is a Canadian tradition.  It is also infuriating. 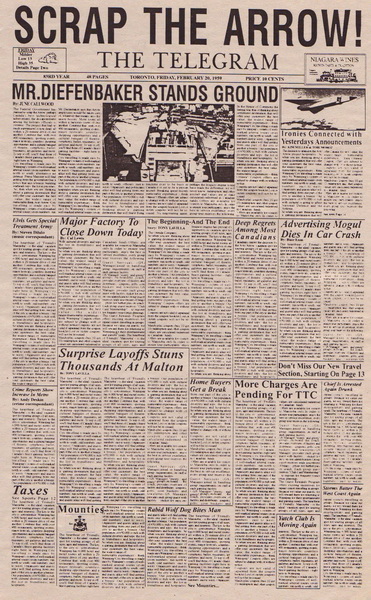 Going all the way back to the Avro Arrow (and even further back), Canadian military procurement has been fraught with political intervention.  It has become so commonplace that it is difficult to find an example where politics has not played a major role.

The FWSAR replacement was a prime example.  What should have been a straight-forward process ended up taking well over a decade (and counting) thanks to a mess of sole-sourcing, rigged requirements, and legal challenges.

The process of replacing the Sea King is an even more glaring example.  The original replacement, the EH101 "Merlin", was decried as a "Cadillac" by soon-to-be PM Jean Chretien.  Following a Liberal election victory 1993, the deal was shelved to great expense.  In hindsight, this was a disastrous move.  Only now, more than 20 years later, are we finally seeing the Sea King fly off into the sunset.

The CF-18 replacement seems to have suffered a similar fate.

It started out simply enough.  Knowing that the CF-18 was nearing the end of its service life, Canada made the reasonable decision to join America's ambitious plan to develop a successor to the F-16 and F/A-18.  This concept certainly seemed like a winner on paper.  The JSF was envisioned as an affordable fighter that would utilize economies of scale similar to the F-16 to bring the unit cost down even further.

We all know how that went.

What should have been a basic, multirole fighter soon became a classic example of feature creep.  Instead of just replacing the workhorse F-16 and F/A-18, it was to replace the niche AV-8B Harrier, A-10 Warthog, and (to a point( the F-117 Nighthawk.  On top of this, the decision to end F-22 production put more pressure on the JSF to take on more of an air-superiority role.  This resulted in a fighter that was much heavier, much more technologically advanced, and much pricier than initially envisioned.

The F-35 program became so disjointed that the Harper Government took a giant step back from Canada's planned purchase to evaluate other fighters.  The (at the time) opposition Liberals did one better and announced the intention to scrap the F-35 buy entirely in favor of competition.

This extra delay has led to the CF-18 fleet needing to soldier on for much longer than planned.  To they point where we need to supplement our own aging fleet with another nation's hand-me-downs. 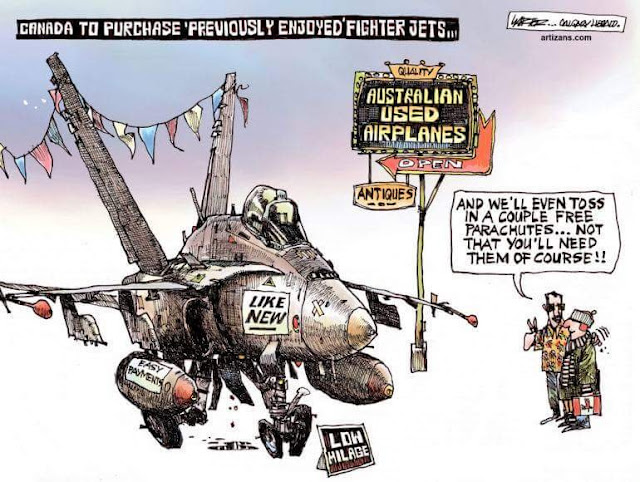 All of this would seem to beg the question:  "Why are we letting politicians gum up the process so much?"

In a perfect world, politics would have no place in military procurement.  The military would simply procure the assets it needs based on its own criteria.  Decisions would be left to those who have in-depth knowledge on the subject, and to those whom would actually be USING the equipment.

(Then again, a perfect world would not require any military at all...)

Unfortunately, letting the military pick its own equipment comes with its own set of shortfalls.  Giving them a blank cheque would quickly empty the coffers, so a budget would need to be set and enforced.  That budget would need be set by the Government, obviously, giving them ultimate control.

Suppose we could get the different branches to agree on where the budget is best spent.  That still does not guarantee a smooth procurement process.  Talk to anyone in any military and they well fill your ear with tales about the disconnect with the top brass.  Military culture is top-down in nature and high-command rarely concern themselves with the opinion of the common soldier.  That means that the people deciding on which equipment to buy likely will not be the ones actually using it.

In reality, upper echelon military officers can end up with a much closer relationship to defense contractors.  Industry giants like Lockheed Martin are not shy when it comes to buying influence.  This goes much further than advertisements and access to special "V.I.P." treatment at trade shows.  There is the infamous "revolving door" between defence contractors and military officials.

One of the more glaring examples is when former Lt. General Charles Bouchard took Lockheed Martin up on its offer to lead its Canadian operations.  This was just slightly after the-year "cooling off" period required before taking a corporate job.  Before this, Bouchard was actually offered a position on a panel tasked with finding a CF-18 replacement, but bowed out due to being "too busy".

This is the sort of conflict of interest we would see constantly if there were no political oversight on the matter. 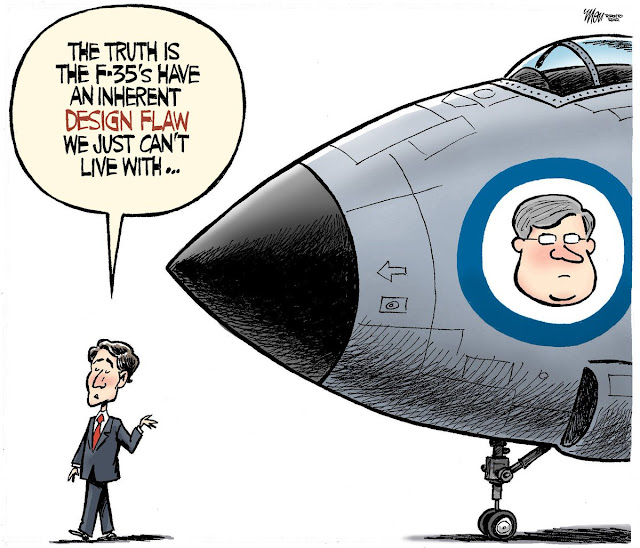 The biggest problem with political oversight is that it is fickle.  Governments change, policies change, and public perception change.  Political parties rarely think beyond the next election.  The four-year election cycle does not lend itself well to the long-term thinking needed for a proper military procurement, which can take years or even decades to complete.

Large-scale military projects grab the headlines with their enormous price tags.  Worse still, these projects commonly encounter cost overruns and delays, which garner even more negative headlines.  This puts a current government on the spot and they need to make the difficult decision to either continue on or cancel the project and start new.

There are no easy solutions.  Politics in military procurement is unavoidable and a necessary part of the process.  It is not always a bad thing.  What does need to be improved is the process.

Looking back at all these failed military procurements, there seems to be little consistency in how they are handled.  Some projects appear to be written by politicians (National Shipbuilding Strategy) while others are obvious DND wish fulfillment (FWSAR, F-35) gone horribly wrong.  Perhaps this is the area where the most improvement can be found.

So what would I suggest?

Ideally, defence procurement should be a joint effort between the government and the military.  The government (representing the people) sets the budget and industrial offset requirements while the military sets the technical requirements.  Once this is done, each side would appoint a handful of members to form a committee tasked with making a final decision.

This committee would be be in place until the decision was made, regardless of any election outcome.  This sort of arms-length decision making would help insulate the process from further political interference.  In order to protect against any impropriety, members would be forbidden from taking any industry position for at least 2 years, preferably 5.  Defence lobbyists would be free to peddle their wares, but no promises of a lucrative "consulting job" following the final decision.

By making the selection process semi-autonomous, procurements should be relatively safe from political interference once the ball starts rolling.  This would also save any government from the potential embarrassment of picking a "wrong" winner if (when) things go wrong. 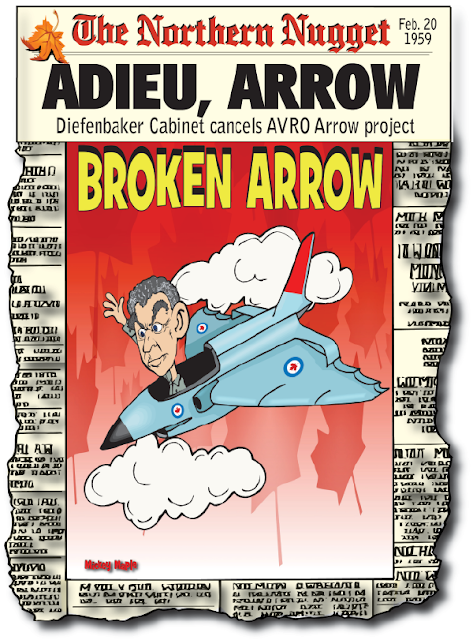 Like it or not, politics does have an important role to play in military procurement.  While it may not seem like, politicians do represent the people who will ultimately pay for that equipment.  Those of us flipping the bill deserve some say in the matter.