Although some might believe otherwise, I have really done my best to present the F-35 in a fair and unbiased light.  I have even warmed up to it somewhat lately, going so far that it could have a place in a mixed Canadian fleet...  And then I see something that makes it nearly impossible to take any of Lockheed Martin's marketing fluff seriously.

Look at the above graphic, coming from a positively glowing article from ForeignPolicy.com.

Does anything seem a bit off to you?

According to Lockheed Martin, Canada (notice the asterisk there) canceled its planned JSF purchase (of 65 planes)...  But because of Boeing's tomfoolery, it will now buy 88 F-35s instead.

While the F-35 is still very much in the running, its high cost and recent political fallout make it far from a sure thing. Yet this infographic presents it as such.


Maybe Lockheed Martin can be excused for being bullish on the F-35 for Canada.  What about the 100 F-35s destined for Turkey though?


Despite a batshit-crazy delivery ceremony, there has been pressure in the US Government to ensure not a single F-35 enters into Turkish service.  Israel is not too happy with the prospect either.

So that infographic may be too optimistic by 188 fighters.

What about those 138 F-35Bs destined for Britain?

That might be overly optimistic as well, considering a massive shortfall in the UK's defence budget.  Britain's current and future military capabilities are under review.  Thus far, the Ministry of Defence has only committed to 48 F-35Bs.

Those F-35's are destined for the UKs new Queen Elizabeth-Class aircraft carriers.  While the HMS Prince of Wales managed to avoid the budgetary axe, the UK has done this to keep "one available at all times".  While the MoD does have plans to purchase an additional 90 F-35s, that seems like a lot of fighters for what amounts to be a single operational carrier at any given time.

Since we are on the topic of Commonwealth nations, Australia's "100 F-35As" may be an exaggeration as well.

Australia has only committed to 72 aircraft thus far.  While it initially planned for 100, delays in the program convinced Australia to purchase a combination of 24 Super Hornets and Growlers.  While the Aussies are paying lip service to a full F-35 buy, they are already having buyer's remorse with the ones they already have.

While the current coalition government promises to remain committed to the JSF program, part of that coalition campaigned against the stealth fighter.  Given the chaotic state of Italian politics, I would not hold your breath. 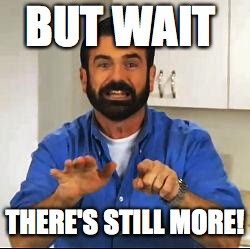 Oh...  And one of the Norwegian Air Forces Lightning IIs was caught sending sensitive data back to Lockheed Martin.  Well...  That is awkward.

Israel has committed to 50 aircraft...  Why not when its not really their money they are spending?

Japan may purchase up to 60 F-35s, along with the possibility of a F-22/F-35 "hybrid"...  Whatever that could be.  This may be the one instance where LockMart underestimated an F-35 purchase.

South Korea's F-35 purchase is a different matter altogether.  Its purchase is currently under investigation due to a possible case of bribery.  This is not surprising considering the F-35 was eliminated at the beginning of the F-X III competition...  But won anyway after S. Korea changed the rules .

The Dutch and Danish F-35 purchases seem safe...  For now.

As always, the US military is still Gung Ho for the F-35, despite all of its problems.  So it is a good thing for Lockheed Martin that the US political landscape is as stable as ever...