Who is fit to make procurement decisions? 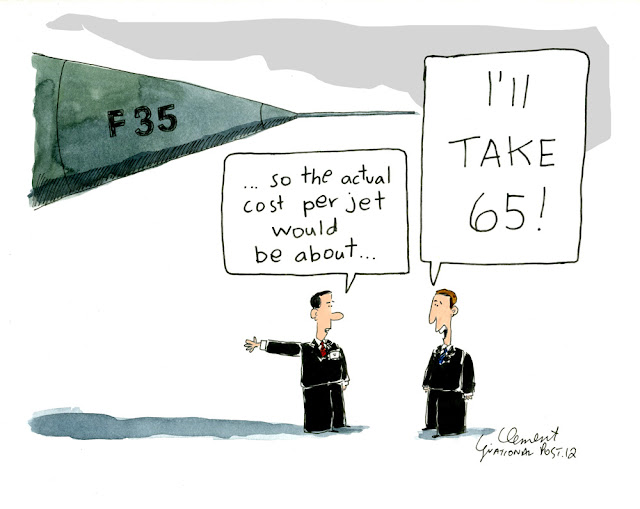 One of the prevailing thought regarding military equipment procurement is to simply "let the troops choose".  This is a great idea...  In theory.

As the end user, they are no doubt the MOST IMPORTANT stakeholder in procurement selection, as their very lives may depend on that equipment.  Unfortunately, they do not have the final say in such matters.  New equipment is often foisted upon them, with little regard to their desires.  Not only that, but their voice is often the quietest, assuming it is heard at all.

While the thought of a greasy politician having the final say in military procurement may seem odorous to many of us, the politicians are ultimately answerable to us the taxpayer.  It is our money that pays for this stuff, after all.

Anybody who has been paying attention the last few decades can see how this system can (and well) go horribly, horribly wrong.

In an attempt to balance budgets, military procurement spending can be drastically cut.  Programs can be delayed, reduced in scope, or sometimes cancelled altogether.  These actions are all too familiar to Canadians.  Some more egregious examples of politics causing disastrous consequences to military procurement projects include:


Using these examples, it is easy to suggest that a more effective process be implemented.  The fix would seem to obvious, let the military choose its own equipment?

This leads to its own set of problems.

The military utilizes a "top-down" command structure.  Decisions are made by high-level staff and disseminated throughout the lower ranks.  Debating or criticizing those decisions is highly discouraged.  Upper-echelon staff may take popular sentiment into consideration but are under no obligation to do so.

Welsh served as the USAF's Chief of Staff from 2012 until his retirement in July, 2016.  During his tenure as Chief of Staff, Welsh was a staunch advocate for the modernization of the USAF.  According to him, the three biggest priorities were the F-35 fighter, the KC-46 aerial tanker, and the LRS-B (now known as the B-21).

Welsh was undoubtedly influential in the selection of Northrop's Grumman's B-21 Raider winning the USAF's LRS-B contract back in late 2015.

In the year that followed, Welsh retired from active service...  And was then appointed to Northrop Grumman's board of directors.

Like Welsh, Bouchard rose to the very top of the command structure, serving as Commander for 1 Canadian Air Division.  Bouchard is an honored officer that led the NATO mission in Libya.  Welsh also happened to be a top man at the RCAF during the Harper government's ill-fated announcement to procure the F-35.

Bouchard retired from the RCAF in 2012.  Shortly after, he was offered a position as a government appointed "independent monitor" looking into the CF-18 replacement.  Bouchard bowed out, stating he was "too busy".

Less than a year later, Bouchard was named as the lead for Lockheed Martin's Canadian operations.  The transition from top man in the RCAF to military contractor took less than eighteen months.  Federal law requires a minimum of a one year "cooling off" period between holding a senior military position and taking up a corporate position.

While one should not assume any conflict-of-interest with Welsh's and Bouchard's rapid (and lucrative) transition to the private sector, neither one really passes the smell test.

Both are shining examples of the "revolving door" that exists between defence contractors and the militaries that warrant their existence.  Corporations like Lockheed Martin, Northrop Grumman, and Boeing fill their executive ranks with ex-military brass.  This allure is obvious, as high-ranking military officers can transition from a relatively modest military salary to a much more lucrative private-sector one...  All whilst still collecting a pension.

By recruiting high-ranking staffers like Welsh and Bouchard, military contractors not only get access to years of military experience, but they get access to that member's sphere of influence and contacts. For top brass, this often includes government contacts as well as military.  This influence furthered by the countless lobbyists and political donations made to those seeking power.

All this translates into an all-to-chummy relationship between the military, the government, and the defence contractors.  Meanwhile the end user (the troops) and the financier (the taxpayer) are often left out of the conversation.

If all this sounds eerily like the Military-Industrial Complex that Eisenhower warned against in his farewell address...  It is.  A self-perpetuating cycle where procurement drives industry, which drives politics, which drives procurement.

It is up to us, the common citizen, to ensure this cycle does not continue.  We do this by holding our elected official accountable and making our voices heard when needed.