It has now been over a year since the Trudeau Liberal have assumed power in the Canadian parliament.  One year is an acceptable amount of time for all the new ministers and cabinet members to get up to speed on their new portfolios.  Now is the time to start making decisions.

For Canada's CF-18 replacement, the time for "industry consultation" is over.  The time has come to issue a statement of requirements, followed by selection.  Canada can no longer participate in Schrödinger's fighter program, where it is both a JSF partner and not at the same time.  It is now time to make the final decision.

That decision should be to leave the JSF program and declare an open competition.

There has never been a more sensible time for Canada should say "Thanks, but no thanks." to the F-35.

It is still not ready for prime-time...  And may never be.

With over 185 F-35 Lightning II's built, none are yet ready to go to war.  The USMC and USAF may have declared "IOC" but this is little more than window dressing to keep the program alive now that politicians are demanding results.  The timing of the USAF declaring IOC during an election year is more than a little suspect.

Make no mistake, the JSF program is still woefully behind on its promise to deliver a combat-capable aircraft.  A recent "successful" weapon test involving the AIM-120 AMRAAM launched from an F-35 omitted the fact that ground controllers told the pilot when to fire because the F-35's radar failed to display any targeting data.

More worrisome still is the F-35's tendency to self-immolate.  Out of 185 F-35's built, THREE have now caught on fire.  The first was caused by "engine rubbing" and was hopefully fixed.  The second was likely caused by a stiff breeze (maybe not).  The third is still under investigation.  Statistically speaking, if the RCAF already had its full complement of F-35s, one of them would have been lost to a fire already. 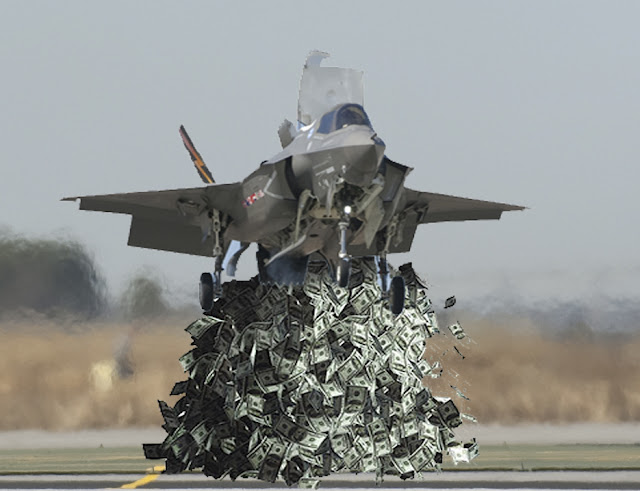 It is still WAY too expensive.

Lockheed Martin is still adamant that the CTOL version of the F-35 will have a unit cost of $85 million by the year 2020 (not including engine).  This does seem to offer an exceptional value for a fifth-generation strike fighter.  Compared to the recent sale of F-15QAs to Qatar (at almost $300 million/unit) this seems like an absolute bargain.

Yet despite Lockheed Martin's assertions of a less-than-one-hundred-million dollar unit price, it balked at accepting $6.1 billion for 57 aircraft.  The Pentagon was forced to unilaterally force the deal after 18 months of failed negotiations with the contractor.  Keep in mind that this figure is for airframe only.  The cost for the F-35's engine has been consistently around the $30 million dollar mark.  Nor does this cover the inevitable "contract modifications" needed to fix design faults after-the-fact.

Even if the F-35 could be delivered for a roughly the same cost as 4.5th generation fighters like the Super Hornet, there is still the question of operating costs and support.  The F-35 currently costs over $42,000(US) to fly.  That's over twice that of the F-16C/D and even more than any variant of the F-15; a fighter that was written off as too costly during the CF-18's selection.

At best, the F-35 is still much more costly than initially advertised.  At worst, it is a money pit. 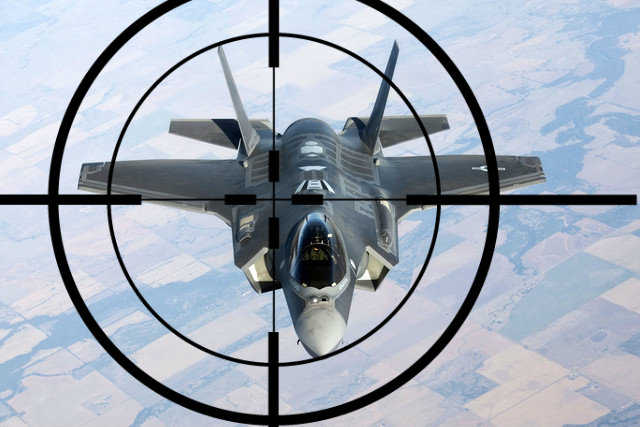 Its future is still in doubt.

While the F-35 is certainly "too big to fail" there are still too many uncertainties associated with it.

First and foremost is the fact that President-elect Trump is not a fan of the program.  Given his bluster, there may be pressure to truncate the program or reduce production.  There are plenty of other  military programs in need of financing, and the money has come from somewhere given Trump's promise for tax cuts.

Globally, the JSF program is still a mess.  Very few export F-35s have been built, let alone delivered. Export sales have been tepid due to high costs.  Since the JSF requires "economies of scale" to reduce its price, this puts the F-35 in a perpetual cycle where it cannot reduce price due to slow sales...  But cannot sell due to high prices.

Even more uncertainty is added thanks one of the JSF's biggest customers, Turkey.  Like Canada, Turkey is considered a "Level 3" JSF partner and plans to purchase over 100 aircraft.  Turkey is also intended to be a major maintenance hub for the aircraft.  However, President Erdogan has made no secret of his disdain for the USA and NATO.  Do not forget about Turkey's failed coup attempt earlier this year.  Erdogan has even hinted about strengthening its relationship with Russia and China, a move that puts classified F-35 data at even more risk.

In its current form, the F-35A does not even come close to fulfilling Canada's needs for a CF-18 replacement.  Maybe it will, one day, but Canada no longer has the luxury of time to wait and see.

Our involvement with the JSF program has been akin to an dysfunctional relationship.  While there are constant promises that things will "get better", all evidence points to the contrary.  The Joint Program Office is even suggesting that JSF partners are partly at fault since they are not buying enough of the faulty aircraft.

Canada needs a multi-role fighter aircraft that will be able to fulfill the RCAF's needs by the year 2025.  Deliveries of aircraft would be needed to start around 2020.  These aircraft would need to be fully functional and capable of being deployed to both the arctic and to support ground operations in places like Mali.  It is doubtful if the F-35 will be able to do ANY of these things.

It is time to move on.
F-35 omnishambles politics trumpsterfire Turkey