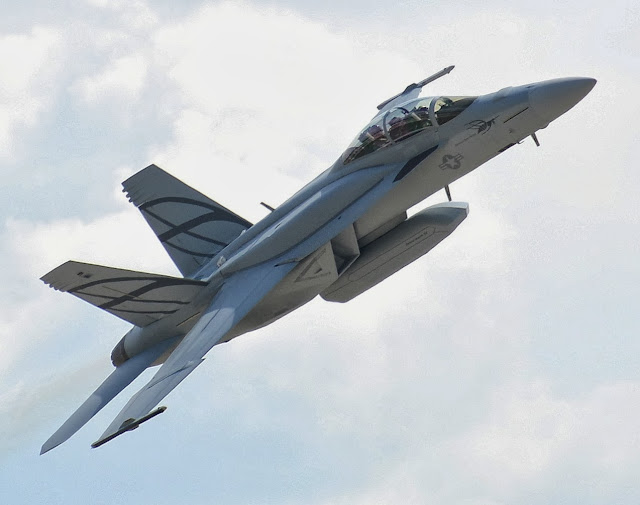 Last week, Defence Minister Harjit Sajjan announced that Canada would take steps to acquire 18 Boeing Super Hornets to help the RCAF deal with a "capability gap".  This would then be followed by a full, open competition to replace Canada's fleet of CF-18s.

This announcement was timely, as less than a week later, tragedy struck the RCAF.

There is still a great amount of debate as to the political motivations behind the Liberal government's move.


The Liberal Government will have their feet held to the fire answering these questions, and rightly so.      Most of these questions center around the current viability of the RCAF's fleet and its intended mission.

The one thing we CAN be certain of:  They picked the right airplane. 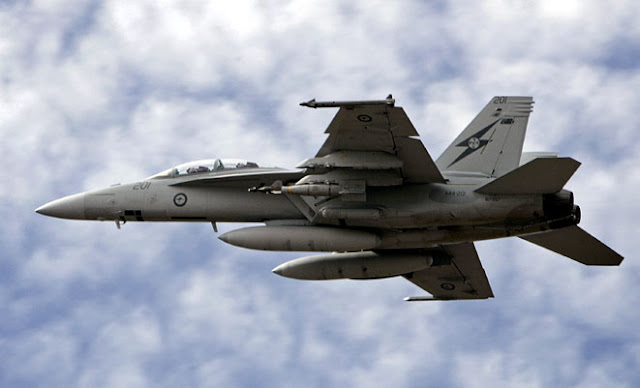 Long-time readers here may be confused by that statement.  My personal appreciation of the Super Hornet has been lukewarm.  It is a solid workhorse, no doubt...  But it fails to stand out when compared to its contemporaries.  It does not offer the blistering performance of the Typhoon, the cutting edge technology of the F-35, or the elegant minimalism of the Gripen.  In comparison to the others, the Super Hornet is...  Generic.

Yet the Rhino is the perfect aircraft to serve as an interim fighter alongside the RCAF's current CF-18 fleet. 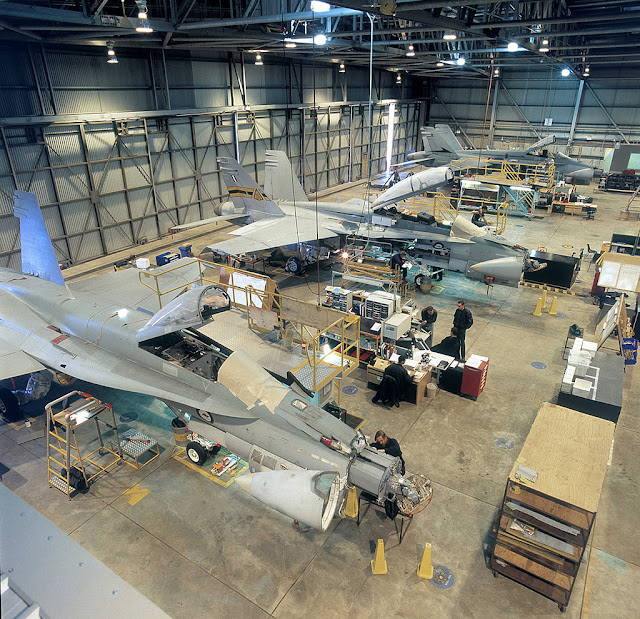 Unlike the F-35 and the Gripen E, the Super Hornet is ready now.  Boeing can easily produce the requested eighteen aircraft within three years or less.  At its current production rate of two aircraft per month, Boeing's St. Louis assembly plant can fulfill both Canada's (18) and Kuwait's (40) orders in under 30 months.

Australia's acquisition of 24 Super Hornets took less than five years from initial decision to final delivery.  Canada could very well have its entire stock of Super Hornets by 2020.  Possibly sooner.

The Eurofighter Typhoon, with its current production rate of 35/year, could match this delivery schedule.  Dassault, producing a mere eleven Rafales a year, would likely have difficulty given its current commitments.  While production rates could be increased, this would be unlikely on such a small order.

Part of what makes the Super Hornet so attractive politically is the fact that it is marketed as a variant of the legacy F/A-18 Hornet.  It is not.  A more accurate designation for the Super Hornet would "F-24", but political motivations discouraged that.

While the Super Hornet is a lot more than an upgraded Hornet.  It is bigger, more powerful, and much more advanced.  Parts commonality is much less than you would think.  While the two aircraft look similar, the forward fuselage is the only part shared by both aircraft.

Despite the difference in parts, the Super Hornet will be familiar to CF-18 pilots.  The cockpit layout is roughly the same, and the aircraft has similar handling characteristics.  For ground crews, most maintenance items are exactly where they would expect them to be.

The Super Hornet is as close to "plug-and-play" as you can get, operations wise.  It is compatible with Canada's CC-150 Polaris's probe-and-drogue system, fits in the same hangars, and can handle the same weather conditions.  It would have no problem operating from the RCAF Forward Operating Locations. 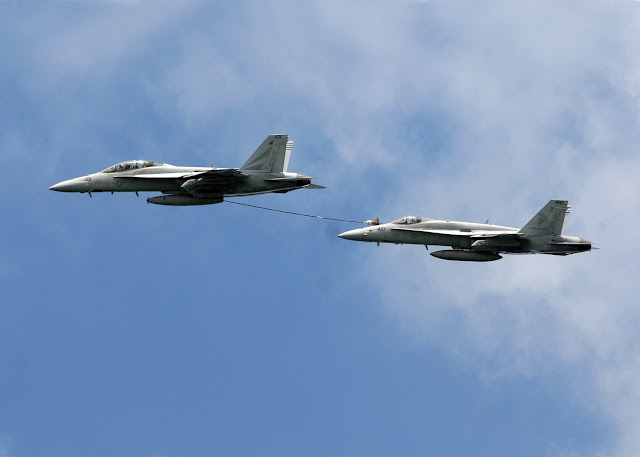 There is no denying that the Super Hornet offers a major upgrade in capability for the RCAF.  While the smaller CF-18 has a slight edge in maneuverability, the Super Hornet improves on just about everything else.  More range, more payload, and a more powerful AESA radar offer a substantial improvement.  While some might argue that other fighters would offer even more of an improvement, there is no arguing the fact that the Rhino is better equipped than what we have right now.

Besides its increased combat capabilities, the Super Hornet offers the RCAF some interesting new options that may be worth looking into.  The Rhino has the ability to act as a "buddy tanker", something that could prove useful if the CC-150 Polaris is not available.

There is also the possibility of acquiring or converting those Super Hornets to the electronic warfare version, the EA-18G Growler.  While the official word is that Canada's interim Super Hornets will be of the "vanilla" version, we could replicate the RAAF's original intention to buy Super Hornets and then convert them to Growlers at a later date.  (Australia ultimately decided to simply purchase twelve extra Growlers in addition to their Rhinos)

If the Canadian government ultimately decides on a different fighter after a competition, converting some or all of those eighteen Super Hornets into Growlers would be a true quantum leap for RCAF capability.  Which brings us to our next point...

One of the biggest sticking points of an interim Super Hornet purchase followed by a competition is that it opens up the possibility of a mixed fighter fleet.  Despite some treating this possibility as a near-doomsday scenario, the truth is that it might not be so bad.  The Super Hornet strengths complement another fighter types.

If the F-35 is ultimately selected,  the Rhino would still be useful thanks to its lower operating cost, more robust design, and the ability to add external tanks for range.  This would make it ideal for arctic sovereignty missions.  The Rhino would also be a preferable training aircraft, as the F-35 lacks a two-seat option.

If paired with the Gripen, the Super Hornet can offset the Saab's lower payload capability.  It would as the the "ground pounder" while the smaller, faster Gripen acts as air-superiority or reconnaissance. The two aircraft share a common engine, helping to mitigate some of the extra costs of a dissimilar fighter fleet. 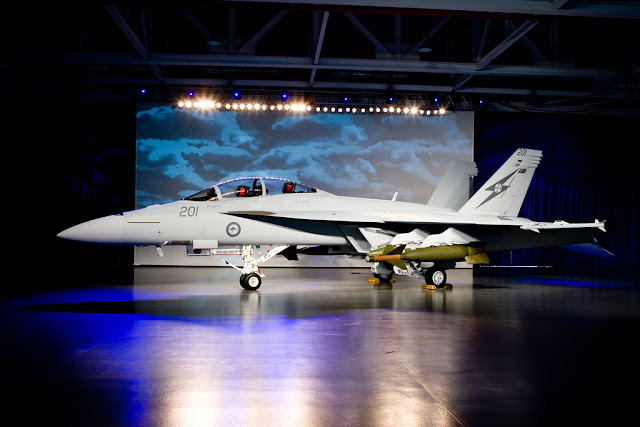 Even if the "interim" Super Hornet buy is a means to merely "kick the can down the road", that may not be such a bad thing.  The fighter market, as it stands right now, is a mess.

The expected replacement to the CF-18, the F-35, is still troubled.  With no other "5th generation" alternative, Canada faces a difficult choice.  Purchase the troubled fighter and hope things improve or purchase a more proven design and hope that it is "good enough" for the future.

Instead of risk, the Liberal Government has chosen compromise.

By choosing to buy a small order of Super Hornets now, Canada buys itself a bit more time to see if the F-35 lives up to its promise.  If it does, Canada simply continues on with its purchase of the stealth fighter later and possibly in less numbers than originally intended.

If the JSF remains an unattractive choice, Canada still has the option to buy either a token fleet of F-35s or walk away altogether.  That would still leave us with a modern, capable workhorse of a fighter that will remain relevant until the 2040s.  In that time, Canada may have more options to ponder.

New technologies are always being developed and the emergence of possible threats like the PAK FA and the J-20 have thrown the multi-role fighter industry on its ear.  Perhaps waiting a little while longer on the CF-18's "true" replacement could result in a true "paradigm shift".