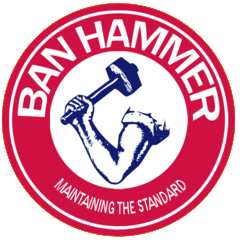 Apparently...  I have been lax in keeping tabs on the comment section.  For that, I apologize.

Long-time readers will remember that I prefer to take time away from this blog during the summer months to take advantage of the nice weather, spending time with my family, and other adult stuff.

Imagine my chagrin when I look at the comment section to find it swarming with trolls and off-topic ranting.

Listen, at this point, I don't CARE about the differing fanboy opinions are.  I don't CARE if some think I am an F-35 hater.

All I wanted when I started this whole thing was for Canada to take a step back and re-evaluate its choice of CF-18 replacements.  That looks like it might actually happen.  If so, I will consider it a "WIN" and move on.  It doesn't even matter what fighter is ultimately selected.  Sure, I have my preferences...  But I am not so enamored with them that I would resort to throwing tantrums or name-calling at the mere mention of something else.

Unfortunately, some have chosen to do just that.  As much as I feel sorry for those that suffer from such narrow-minded ignorance, my patience with such is at an end.

If you post spam or attempt to troll, you will be banned.

I don't spend much time participating in the comment.  I'd like to, but I would prefer to spend my blogging time creating new content.  I do read the comments on a regular basis however.  Up until now, I've preferred to let people freely have a discussion.

I will ask that people try to keep their comments ON TOPIC however.  For example, the last post (about a possible open fighter competition) turned into the usual F-35 debate.  For god's sakes people...  IT'S BEEN DONE TO DEATH.  Who cares at this point?

Posting off-topic material could be considered as spamming or trolling and result in banning.   So let's try and keep it ON TOPIC...  Mmm'kay?