April 11, 2016
I am going to take a break from fighter jets for the moment, for reasons that will (hopefully) become clear later in the post.

Why do we like the things that we like?  Why do we become so enamored with certain personal choices, whilst berating those that do not agree with us?

The answer, of course, is bias.  Our understanding of the world around us is modified by our own personal life experiences, education, and upbringing.  The value we place on things, be it politics, lifestyle choices, or even basic esthetics are modified by our own cognitive bias.  For example, someone who grew up with a more pragmatic upbringing would likely place less importance on appearance then someone who grew up surrounded by works of fine art and architecture.

Bias effects any and all of our opinions.  Anyone who claims they are unbiased about something is fooling themselves and/or possibly others.  It is impossible not to be biased.

Also, as our knowledge on a particular subject increases, so does our bias.

Ask any comic book fan a simple question:  "DC or Marvel?"  You will get an answer.

Comic fans tend to be an obsessive lot.  Collections spawn years, if not decades of investment.  It is quite the commitment, especially considering the sheer multitude of titles, storylines and crossover "events".  Fans quickly form a preference for one universe over the other.

[For the record, I've always been a Marvel fan in general, due to their focus on more realistic and diverse characters...  Yet my favorite stories (like Batman: The Killing Joke , All-Star Superman and Kingdom Come) are usually DC.  There are also the fantastic comics under DC's Vertigo brand like Sandman and Preacher...  But I digress.]

Yet comic book nerds will often agree on many things.  Marvel characters (like Iron Man and Deadpool) tend to be more "down-to-earth" with their flaws and quirks.  DC, on the other hand does best with more iconic superheroes like Superman and Batman. 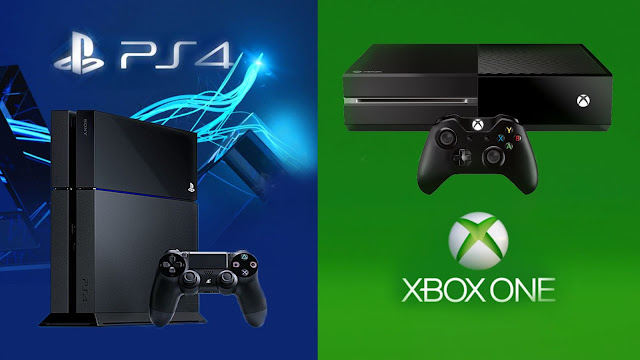 If you REALLY want to stir up debate, go to a web forum and ask:  "Which is better; Playstation or XBox?"  Then, watch the sparks fly.

Console fanboys can seemingly continue on ad nauseum about how superior their preferred console is to the other.  One has better graphics, one has more features, backwards compatibility, etc.  Yet when the two are actually compared against each other, there's very little significant difference.

So why all the fuss?

Both consoles have gone through several generations now.  Typically, your average XBox One owner is also an XBox 360 (possibly an original XBox) owner as well.  The same goes for the PS4 and its ownership base.  Usually, it was not so much the console's specifications that won its fans, but franchise exclusives like Halo or Drake's Fortune.  Of course, fans of those franchises would have to purchase a newer console roughly every three games or so if they wanted to play the newest game in a given franchise.

Nintendo has chosen to be an outlier in this group, concentrating on its strong intellectual properties.  This makes it a popular "second" console for owners of one of the other two.

[For the record, I currently own a PS4 after owning both a XBox 360 and an original XBox.  In the past, XBox exclusives like Star Wars: Knights of the Old Republic and Mass Effect kept me loyal.  With the current generation of consoles, I saw no reason to upgrade until Fallout 4 was released.  At that point, I decided to give Playstation a try after experiencing the "Red Ring of Death" and other frustrations.] 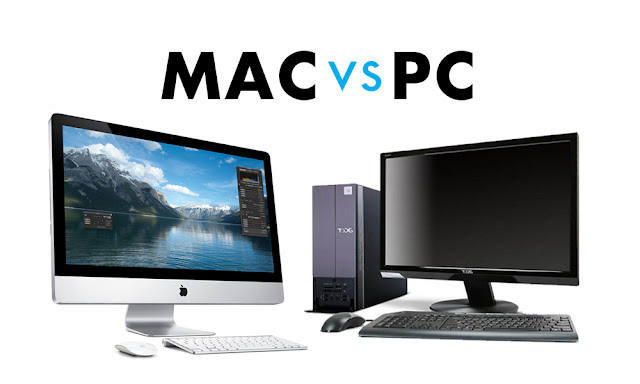 The "Mac vs. PC" discussion can get absolutely nasty.  If you ever went to an internet message board to find out what your next computer purchase should be, you would soon learn that Apple products are overpriced and underpowered machines purchases solely by Starbucks-drinking hipsters.  PCs, on the other hand, are buggy pieces of junk that risk being bricked at any time thanks to either a virus or Micro$oft's endless software updates.

Once again, the differences are rather minor.  Tearing apart a high-end Apple laptop will reveal a lot of the same parts used in a cheaper Windows PC.  Then again, those parts can be found in an $8,000 gaming PC as well.

So what's the real difference?  In a word:  Focus.

Windows PCs cover a huge portion of the market.  A typical Windows PC could be anything; a cheap business desktop, a high-end ultrabook, or a balls-to-the-wall gaming PC.  As such, the software needs to account for a near infinite variety of different software and hardware combinations.  Apple computers, on the other hand, only come in six different major types (three laptop lines, three desktops) with only a few variations of each type (screen size, processor, etc).  Apple also places more limitations on third-party software.  This "walled garden" approach helps improve end user experience for most tasks at the cost of true customization and specialization.

(Ironically enough, some of the old-school PC games, like Balder's Gate and KOTOR, are available to play on Apple's iOS.  Yes, they still hold up.)

[Again, for the record, I write this blog on an Apple iMac.  I also own an iPad and iPhone.  I didn't always, however.  Up until late 2012 I was a strict Windows user.  For the longest time, I was a hardcore PC gamer who spent hours at a time enjoying anything from flight simulators to role-playing games.  As I got older and my life became more complicated, I switched to the simplicity of a gaming console.  Without the need for gaming to anchor me to the Windows OS, I switched to Mac out of spite after upgrading my old HP laptop to the absolutely hateful Windows 8.] 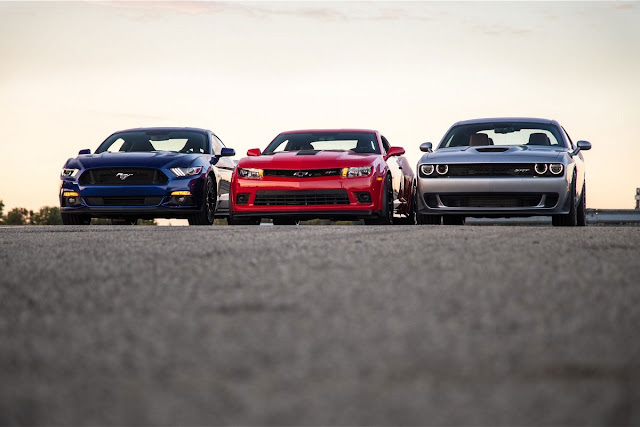 Ford vs Chevrolet vs Dodge:  Don't even get me started.

[I own a Dodge Challenger R/T.  After an EXTREMELY bad experience with a GM product, I will never own another.  The Mustang just doesn't enough backseat for my 7-year old.  In the past, I've owned a Ford Taurus, Mazda RX-7, Pontiac Grand Prix, Honda Civic SiR, Mazda Miata, Subaru Legacy, and Jeep Grand Cherokee.  Most of my purchases have been driven by my desire to own something fun-to-drive that fits my life style.  For many, brand loyalty is key, but I find that limits your options.]

So where, exactly, am I going with all this? 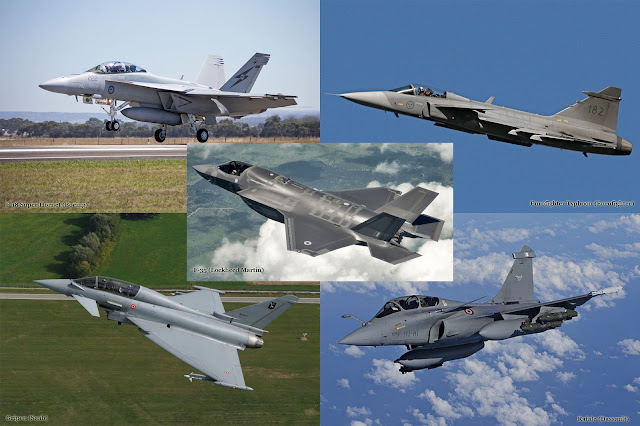 Fighter fanboys (myself included) are an opinionated, vicious, and close-minded bunch.  They tend to pick a single fighter which they believe is superior to all others.  They then pick a "runner up" which often shares much in common with their first choice.  They consider all other fighter designs horrendously flawed for one reason or another.

When discussing which fighter would be appropriate to replace Canada's current CF-18s, it seems just about everybody has an opinion.  I certainly do.  For most of us, it is easy to justify our choices.  Speed, performance, technology, affordability, even simple esthetics can sway our choice.  Those same values can often damn other aircraft in our minds.

In my mind, I prefer the Saab Gripen.  I justify my choice knowing that the Gripen has a low operating cost and is capable of operating out of austere conditions.  It helps that the Gripen is a canard-delta shape, a layout that I find esthetically pleasing.  The other "Eurocanards" are just as esthetically pleasing, but both have cost issues.  I am rather ambivalent towards the Super Hornet as I believe it offers no real change, just more of the same as we already have.  The F-35, in my opinion, seems to offer solutions to problems that do not exist for Canada.

My preferences are framed by my own biases.  Right or wrong, these biases shape my decisions.  Not only do they continually skew my perspective towards the Gripen (in what is known as confirmation bias), but they effect what I write about the others as well.  Fans of the F-35 may be exercising a pro-innovation bias in which more value is placed on something merely because it is new and different.  Whether or not these biases are justified, I leave to the reader to decide.

It is impossible to evaluate the things around us without bias.  Instead, we must accept the fact that our views are shaped by our personal values and accept that another's views are shaped by theirs.  In cases like this, no one is really "wrong" or "right", merely looking at things from a certain point of view.

For a full size of this poster, click here. 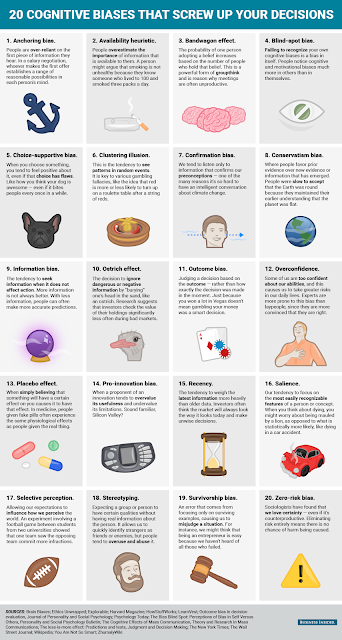