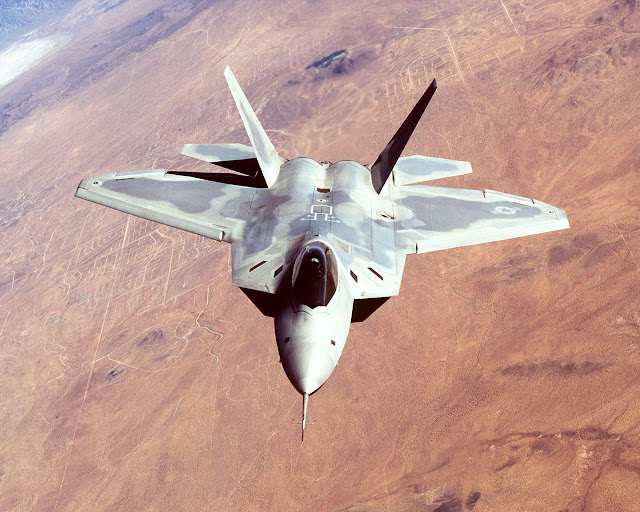 Lately, the F-22 Raptor seems be enjoying an upsurge in popularity.

More to the point, some have suggested that F-22s should be bought instead of F-35s.  With the F-35 still facing development issues and unimpressive performance, it is not hard to imagine why.  The argument can even be made that the F-22 was actually cheaper than the F-35.  Using that reasoning, it would seem like a no-brainer to simply acquire the legendary F-22.

There is very little debate over the F-22's combat effectiveness.  It is the undisputed air-superiority champ.  Fast, maneuverable, and stealthy; the Raptor is still the envy of air forces around the world.  Designed during the Cold War and first flying almost 20 years ago, its capabilities have yet to be equalled.  Even future fighters like the Russian PAK FA and Chinese J-20 may not be able to match the Raptor's lethality.  The F-22 is that damn good.

Unfortunately, production of the F-22 stopped in 2011.

Perhaps the controversy surrounding the F-35 has clouded people's memory, but the reasoning behind the F-22's production cut was simply because it was too damn expensive.  While the "flyaway cost" of each F-22 may have been about $150 million at the end of its production, that does not take into account development cost.  At a grand total of $66.7 billion for 195 aircraft, the actual cost of each F-22 comes to $342 million (not adjusted for inflation).

Whether or not the decision to cut F-22 production was short-sighted is up for debate.  At the time, however, there seemed to be little argument.  The aircraft had was still trouble-prone and was deemed to be complete overkill in a world where likely adversaries did not even have fighter jets.

If anything, the F-22's cancellation proved to be a textbook example of how hard it can be to kill off a military program.  It was politically reviled by both Democrats and Republicans, and even the USAF seemed to be ambivalent, preferring to concentrate on the F-35.

Now, with the JSF program troubled and Russia and China debuting their own fifth-generation air-superiority fighters, there is talk about restarting Raptor production.

Hindsight being 20/20, maybe it was shortsighted to end F-22 production.  However, at this point, restarting production would make even less sense.  Even if the Pentagon was willing to drop import restrictions, there would be very few buyers.

Simply put, the F-22 is too expensive for most air forces.

Even if economies of scale lowered the F-22's procurement price to below $200 million each, there is still the problem of its astronomical cost per flight hour.  At over $68,000 per hour, the Raptor has over triple the CPFH of the ubiquitous F-16.  Even nations used to the F-15 would find the F-22's operating cost hard to manage.

In a world where most NATO nations seem unwilling to up their military procurement budgets, there would seem to be a very limited customer base for the Raptor. 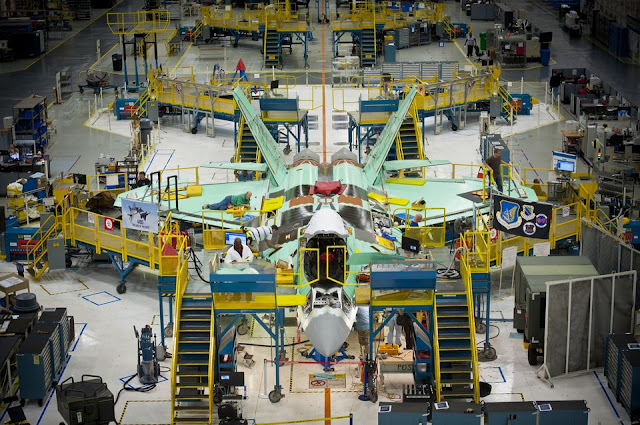 There is also the considerable cost of restarting production.

While the tooling for the F-22 still exists, that does not mean new aircraft can be ordered in a timely fashion.  Even if production rigs could be dusted off to set up a new assembly line, there is still the issue of training a workforce.  Being what it is, most of that workforce would need to be vetted for security purposes.  While this process may be streamlined by hiring former F-22 workers, not all workers will be able or willing to return.

Then there is the issue of supply lines.  The F-22 utilizes plenty of exotic materials and complex parts.  One cannot simply order parts online.  Subcontractors would need to be found.  Like the workforce, some may be able to return, but many have likely moved on to other commitments. 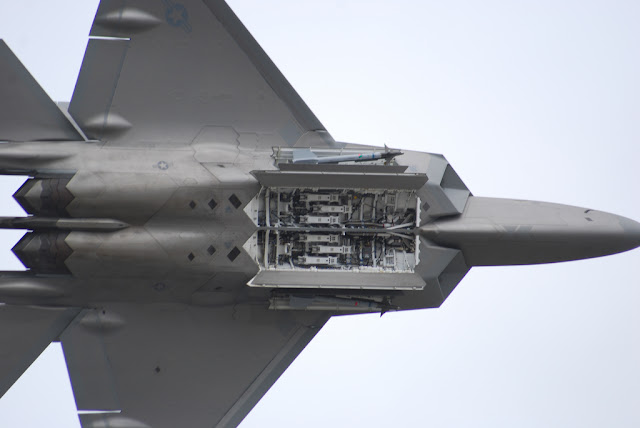 Despite being considered the apex of fighter capability, the Raptor is still in need of some much needed upgrades.  Since it exists in small numbers, it has been placed low on the priority list for a much needed modernization.

Compared to many supposed "fourth generation" aircraft, the F-22 has some glaring omissions.  It currently lacks any sort of helmet-mounted display (HMD), IRST, or high-off-foresight (HOBS) capability.  This leaves it within visual range performance surprisingly lacking compared to fighters like the Typhoon.  While the F-22 currently dominates thanks to its stealth and BVR performance, it would be foolish to assume that the Raptor's stealth will stymie detection indefinitely.

The F-22 is also in sore need of a more universal data-link, as it currently lacks the ability to communicate with other allied units.  Realistically, the F-22 would require a complete reworking of its electronics package, as its current 80's era processors are woefully outdated.


Most troublesome, however, would be the political challenge of reinstating F-22 production.

Currently, the United States Air Force is the sole operator of the F-22 Raptor.  As such, any future plans for the platform will concern the USAF's support.  That would be a tall order, considering that the USAF's current priorities lay with the JSF, the LRS-B, and KC-46.  Key capabilities like the A-10 and aggressor squadrons are being sacrificed on the altar of future procurement.

While the USAF does enjoy envious funding levels, there are limits.  USAF command undoubtedly realize that additional F-22s would likely result in major cuts to the F-35 program, resulting in a higher unit price for the JSF.  This would undoubtedly raise the ire of those already committed to the F-35 (USN, USMC, RAF).

More difficult still would be the challenge of convincing those in the US Senate and Congress to reverse their decision to cancel F-22 production.  Flip-floppers are easy targets come election time.  It would also be difficult to explain to voters why Lockheed Martin should be punished for the F-35's problems by rewarding them with new F-22 orders.

Altogether, a remarkable set of challenges would have to be overcome in order to restart Raptor production.  Realistically, it would take nothing short of a global prelude to World War III to convince those in power to do so.

Given the current (or foreseeable future) Canadian military budget, the F-22 is well beyond the RCAF's financial reach.  Even if it was affordable, the Raptor would still make a poor CF-18 replacement.  It lacks significant strike capability (though it does have some).  The aircraft has a reputation as a "hangar queen" and it seems unlikely that it would be capable of operating from Canada's arctic Forward Operating Locations (FOLs).

At best, Canada could operate the F-22 as part of a mixed fleet.  While this would have advantages, doing so could possibly be even more expensive than an all-Raptor fighter fleet.

Given the prohibitive costs associated with both the F-22 and F-35, perhaps it is best for the RCAF to forgo 5th generation capability altogether.  Instead, replace our aging CF-18 fleet with a low cost, but capable "4++" generation fighter.

Besides, why settle for a "5th generation" when "6th Generation" is right around the corner?