January 23, 2016
The CF-18, the F-15, the F-4, the F-16...  All of these aircraft could have been described as my "favorite" at one point in time in my adolescent years.  My preference usually coincided with whatever model kit I was building that month.  My reasoning was usually simple; this one looks cooler, this one flies faster, etc.  My fellow base-brat friends and I would argue over which fighter was better, always ending in a stalemate.

As I got older, my love affair with military aircraft dwindled as I became more obsessed with sports cars.  Zero-to-sixty times seemed more tangible to someone who just earned his driver's license.

If my new-found interest in automobiles was not enough, my passion for fighter aircraft drifted even more after watching coverage of the first Gulf War.  Instead of seeing the tense dogfights similar to those in Top Gun or Iron Eagle, I was subjected to black-and-white footage of smart bombs reducing bunkers to smoke....  Not exactly thrilling.

In the 90s, with the Cold War over and the Gulf War proving to be a completely one-sided affair, fighter aircraft development became positively boring.  The F-22 Raptor was taking forever to see active service.  The B-2 was a shining example of how military spending was out of control.  The three "eurocanards" (Typhoon, Rafale, and Gripen) were having similar issues.

The only real bright spot were the two programs studying the Common Affordable Lightweight Fighter (CALF), and Joint Advanced Strike Technology (JAST).  These two similar programs were amalgamated into what is now known as the Joint Strike Fighter program.

For a time, I was quite optimistic about the JSF.  Unfortunately, the JSF morphed into what is now a fighter that is far from "affordable" or "lightweight".  It has now earned its place as one of the most controversial aircraft ever built.

The last few years have been hard on F-35 fans.  Not only has its development been plagued with delays, it has also gotten the wrong type of attention from mainstream media sources.  It has enough of an image problem that the current Canadian government made it an election issue.

While I do have sympathy for F-35 supporters and those whom rely on the program, I have no sympathy for the aircraft itself.  It is, after all, an inanimate object.  In the grand scheme of things, I feel more of a connection to my snowblower.

There are however, some that are more passionate about fighter aircraft.  They pound their fists on tables, shout down anyone who dares disagree with them, or write angry blog comments IN ALL CAPS.

It may seem hypocritical for me to question someone's passion for fighter jets, after all, I have spent countless hours blogging and Facebooking about the very subject.  Then again, my government did not announce the $46 billion purchase of high-end snowblowers, either.  Something tells me bestsnowblower4canada wouldn't have gotten the same attention.

When I started Gripen4Canada, I did not choose the Gripen lightly.  I do not think its the prettiest (that would be the Rafale) or the most capable (that would be the Typhoon).  Saab did not pay me a bunch of money, nor do I have an obsession with all things Swedish (I didn't step into an IKEA until I was already a man).  No.  I supported the Gripen using the same reasoning one would use in buying a snowblower.  Reliability, cost, and ability to get the job done.  Sure, there are other fighters (and snowblowers) with cool features you might not find on others, but that extra complexity comes at a cost.

Just because I think the Gripen would be the best choice does not mean I think the other fighters are abysmal.  All of them have their strong points...  Even the F-35. 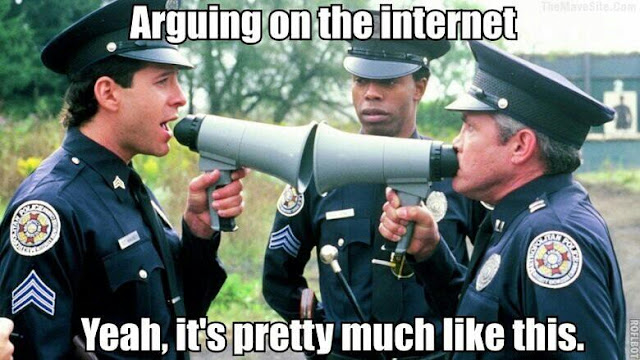 One could argue the merits of each fighter down the very last detail...  One might even convince a few others change their minds.  Ultimately though, determining Canada's next fighter is not for us to decide.  Hopefully, that decision will be done by fully qualified and educated people who will have access to information us armchair admirals only dream about.

It will not be an easy decision.

The process of picking Canada's next fighter will not be as simple as selecting the fastest or the prettiest.  The actual choice will have to balance the right amount of:


Even if the separate bids offered aircraft of identical performance and price, there would still be plenty of discrepancy in maintenance packages, financing arrangements, and other "unsexy" matters.  Think of it (again) like buying a snowblower.  Even if the dealer has the exact make and model you desire, it may not be possible to arrange the right financing (32.9% APR?  Are you kidding me?) or delivery date ("May 16th? the snow will be gone by then!").

In the end, arguing about which fighter is best for is a pointless endeavor anyway.  Any of the fighters being considered (even the F-35) should be more than sufficient, so long as they are purchased in enough numbers and receive ongoing support throughout their lifespan.  Some might be better than others, but not to the point that it is worth arguing about.

So instead of freaking out about which fighter is best, let us just enjoy the discussion...  Okay?
rant