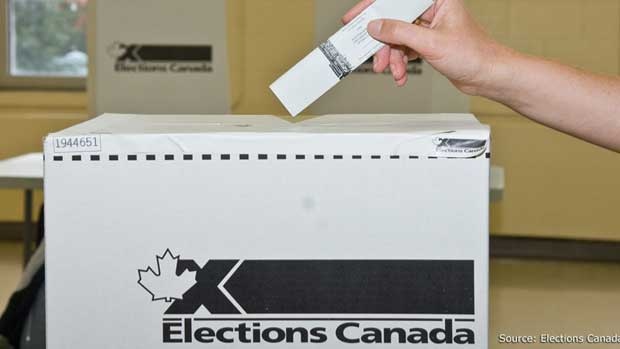 On October 19th, you and I will get to have our ultimate say, not just about the CF-18 replacement, but about our nation as a whole.

As always, I encourage you to vote.  I will not tell you which party to vote for, as that is your own personal choice.  For most of you, a political party's stance on fighter jets is not the number one issue facing our country.  It is an issue, however, otherwise you would not be here.

For those who have might have missed it, here are the three major parties' stance on the CF-18 replacement and military procurement in general.  (I will ignore the Green Party and Bloc Quebecois as they have no chance of actually forming government.)

While the Conservative Party of Canada (CPC) has not come right out and said it, it seems pretty clear that they will continue "business as usual" when it comes to the F-35.  Since 2011, they have vaguely "reset" the process, but have yet to order an open competition.

If anything, the CPC seems to be still very much in favor of the Joint Strike Fighter.

Oddly enough, the CPC has had the power to order the purchase of the F-35, but has chosen not to going into this election.  This could be due to several reasons.  Either they feared a JSF purchase would hurt their chances in this election, or maybe they have simply waiting for the promised F-35 price reduction to come around.

The CPC's military procurement strategy can be found here.

In it, they promise to increase military spending by $11.8 million over the next 10 years.  That is just over a 50% increase over Canada's current military budget.  The one caveat here is that most of the spending increases will not happen until the 2020s.  That means that the Tories have given themselves at least two more elections (and almost 20 years in office) before they have to make good on their promise.

The New Democratic Party has pledged to support Canada's military, not only by buying new equipment, but by increasing support towards our veterans, mental health support, and housing.

The NDP have promised to reevaluate Canada's military role, drafting a new Defense White Paper in 2016 with a returned emphasis towards peacekeeping.  They go so far as to pledge Canada as the "top western contributor to peacekeeping.

Unlike the CPC, the NDP have gone on record to say that they will introduce competitive process to replace the CF-18 fleet.

The NDP's military platform can be seen here.

The Liberal Party of Canada (LPC) made waves when Justin Trudeau announced that he would scrap Canada's planned F-35 purchase completely.  Instead, the LPC would "immediately launch an open and transparent competition to replace the CF-18 fighter aircraft.  This new fighter would have emphasis on defending North America instead of "stealth first-strike capability".

Instead, the LPC has pledged to use the extra money to support the already troubled National Shipbuilding Procurement Strategy (NSPS).  The justification behind this is that 100% of funds going towards the NSPS provide Canadian jobs, while there is no such guarantee with the JSF.

Along with that, the LPC has pledged to match the spending increases promised by the Conservatives.

Of course, politicians are well known for promising one thing, than doing another once in office.  Still, the best we can do as an electorate is hold them accountable.  If a party promises something to get elected, than reneges on that promise, it is our choice to either forgive them or to give the job to someone else.

As I write this, the Liberal Party of Canada has a slight lead, but none of the big three parties is down for the count.  At this point, it seems inevitable that Canada is destined for a minority government...  Possibly even a coalition government.

Clearly, this race is still too close to call.

It is for this very reason that it is important for all of us to be heard.  Although it may not seem like it, very vote counts.  Why?  Because if you don't vote, someone else's vote becomes more powerful.

Just get out there and vote on October 19th.

The lines may be long, but its worth it.