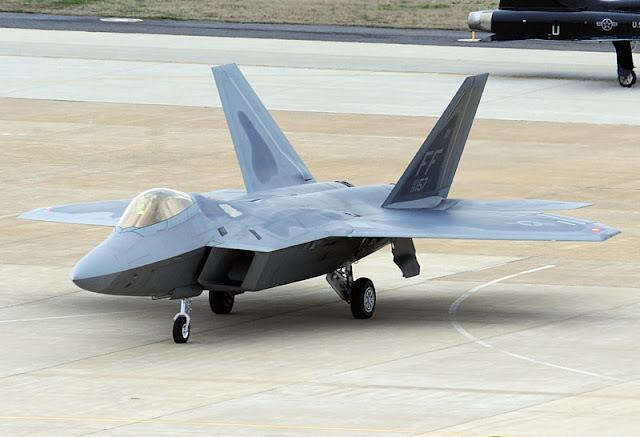 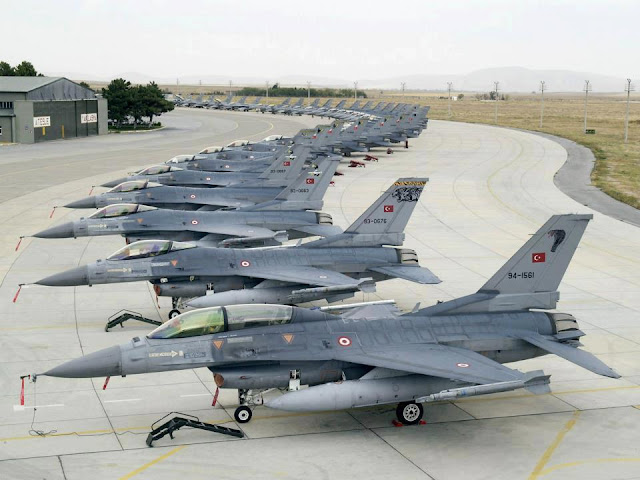 (Sorry about the haphazard updates lately.  Summer is here, the weather is too nice, and great outdoors beckons.)

My last Question of the Week (or so) looked at the potential for using a bomber platform as an air-superiority asset.  A resounding 64% of you think I might need mental health counseling for even asking the question

This week (or so)'s question revolves around the need to balance numbers with capability.

In most cases with fighter aircraft, you get what you pay for.  Top-notch fighters like the F-22 earn their "air-superiority" classification thanks to their speed, agility, and powerful sensor suite.  The ability to out-run, out-maneuver, and out-shoot an opponent does not come cheap, however.  The F-22 was an incredibly expensive aircraft to develop and build, and it has more than triple the cost-per-flight-hour (CPFH) of the F-16C.

Needless to say, during the post-Cold War era of declining defense budgets, purchasing and operating high-end assets means buying less of them.

So how do we prioritize capability versus cost?

Obviously, a certain level of capability is needed.  Canada cannot simply replace its CF-18s with second-hand Cessnas sporting .50 calibre machine guns duct-taped on.  A "reference threat" is needed  to be benchmarked, with any new fighter being required to exceed that threat.

But how far should we exceed that goal?

More capable and more expensive assets have the advantage of being more "future proof".  These fighters are not only capable of dealing with what is out there now, but will likely be able to handle what may come down the road.


The F-15C is an example of this.  Despite being a 40-year-old design, the Eagle is still a very capable air-superiority fighter thanks to its impressive performance and a slew of upgrades over the years.  It is safe to say that the F-22 Raptor will likely follow suit.

The F-15C was (and still is) a very expensive aircraft, however.  It costs nearly twice as much to fly as the F-16C.

This was not always the case.  Years ago, smaller fighters like the F-5 Freedom Fighter lacked the speed and BVR capabilities of their larger, costlier counterparts.  Smaller fighters have now caught up, however and fly just as fast while carrying the same BVR missiles.  Their size limits their maximum payload and fuel, but they should no longer be seen as inferior.

Thanks to reduced costs, these fighters can be bought in greater numbers.  Not only that, but training hours can be extended, and more spares can be kept.  This allows more "wiggle room" later on.

The verdict is still out on where the F-35 Lightning II lies on this spectrum.  While it does seem to offer a great deal of capability, its CPFH will likely land mid-way between the F-16C and F-15C.  The big question is is whether its vaunted abilities make it worth that much more than fighters like the Typhoon, Rafale, and Super Hornet.  Its operating cost certainly stretches the limit of what is considered an "affordable fighter".

So what works best for Canada?