QUESTION OF THE WEEK: IS THE DOGFIGHT DEAD?

July 08, 2015
Welcome to QUESTION OF THE WEEK!  During the summer, I hope to post a (hopefully) weekly series asking a simple question with a difficult answer! 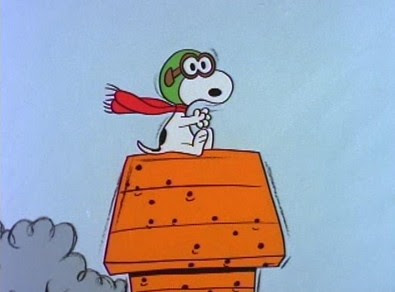 Last weeks revelation that the F-35 fared poorly against a F-16 in a simulated dogfight seems to have left aviation experts (and the not-so experts) debating as to whether or not the test was even relevant, given the fact that the F-35 in question was not fitted with some of its more advanced features that would typically give it the advantage.


“It [the F-35 in question] is not equipped with the weapons or software that allow the F-35 pilot to turn, aim a weapon with the helmet, and fire at an enemy without having to point the airplane at its target.”

This excuse for the F-35's poor performance only highlights what many see as one of the JSF's glaring problems.  It is a "one-trick-pony".  Without its much publicized stealth and sensor technology, the aircraft cannot match fighter designs that are decades old and available for a fraction of the price.

Defenders of the JSF would point out (and rightly so) that missile and sensor technology has advanced to the point that where the traditional "dogfight" is a relic better left to Hollywood blockbusters.

As exciting and romantic a dogfight may seem, modern fighter tactics would really prefer pilots to avoid them altogether.  Better to take your opponent out from a distance, preferably before they even know you are there.  This is the promise of the F-35; a ninja-of-the-skies taking down its opponents unseen.  Basically, if an enemy JSF shows up on your scopes...  It's already too late.

Of course, this was the same line of thinking that got  U.S. airpower in trouble over Vietnam.  Fast powerful fighters like the F-4 found that their AIM-7 Sparrow missiles faired poorly against nimble MiGs.  The Sparrow's lack of accuracy was exacerbated by the fact that early F-4 models did not have a cannon.

In order to "lock on" to an enemy target with an AIM-7 Sparrow, the launching fighter needed to "paint" the target with its radar.  The Sparrow would then follow this reflected radar beam onto the target.  This is not so hard to do with bomber flying straight and level, but not so easy with an enemy fighter that can turn faster and is shooting at you.

Similarly, in order for a heat-seeking missile like the AIM-9 Sidewinder to work, its seeker head would have to have a clear view of the enemy's exhaust (the hottest part of the aircraft).  Again, not so easy when the enemy would rather shoot you first.

Of course, the modern day AIM-120 AMRAAM is a far deal more sophisticated than Vietnam-era Sparrow.  As are modern versions of the Sidewinder.  More accurate, more agile, and "smarter"; the the latest missiles are capable of both LOAL (lock-on after launch) and HOBS (high off-boresight).  This, combined with the JSF's sensors and helmet mounted display, allows the pilot to simply look at the intended target, pull the trigger, and let the missile do all the work.

Indeed, the ability to lock on to and fire a missile at enemy without all the stress of "getting on their six" would put the F-35 at a distinct advantage...  If it was the only aircraft of doing so.

Helmet mounted displays are nothing new.  Aircraft like the Su-27, MiG-29, and Eurofighter Typhoon have been using them for years.  While the F-35's HMD may be the most advanced version available, it still has some teething issues to work out.

HOBS and LOAL capability is not exclusive to the F-35 either.  Almost every fighter in the NATO inventory is compatible with the AMRAAM and Sidewinder.  Missiles like the IRIS-T, Meteor, and MICA offer similar capabilities as well.

While information on Russian air-to-air missiles is rather limited, it would be foolish to assume western superiority.  Russian missiles are actually said to be quite good.

As missile technology has advanced through the years, countermeasures have followed suit.  Modern aircraft have access to far more than the traditional "flares and chaff".  Towed decoys, expendable active decoys, and active radar jamming or "spoofing" can throw off radar-guided missiles.  Heat-seekers can be countered by lasers that lock on to and confuse their seeker head.

Of course...  There is also the possibility of taking out a missile with another missile.

What "5th generation" fighters like the F-22 and F-35 offer that others cannot is stealth.  While other fighters may be able to match them in weapons, sensors, and countermeasures, 5th-gen fighters should, in theory, have the ability to "see-first, shoot-first".

The F-22 and F-35 differ in performance, however.  Take away its stealth, and the F-22 Raptor is still a helluva fighter.  Thrust vectoring, supercruise, and a monstrous radar give it an edge over most fighters in any situation.  Add stealth, and you have a near unstoppable force.  Still, the Raptor has an achilles heel, it still pumps out a great deal of heat, and it lacks an IRST suitable for WVR combat.  Get in close enough with an agile aircraft and it could be "Raptor Salad".

The F-35 lacks the F-22's raw performance, but clearly outshines it in sensors.  The 360° Distributed Aperture System (DAS) and Electro-Optical Targeting System (EOTS) certainly should give the pilot a much better idea of what is around the aircraft.  But is this enough?

First, being able to turn your head and target your opponent is of little use if you physically cannot move your head because the helmet is too big for the cockpit.

Second, being stealthy may not be as big of an advantage as it is made out to be.  Radar technology will likely catch up sooner or later.  Unlike other countermeasures, stealth is not easily upgraded since it is "baked in" to the aircraft's design.

Third, stealthiness is not strictly the domain of American fighter manufacturers.  The next 20 years should see a proliferation of stealthy fighters originating from Russia, China, Japan, Turkey, Korea, and possibly others.

So does the F-35's advanced sensors and stealth give an edge in air-to-air combat?  Probably, but this edge would not be 100% effective, nor would it last very long given current advancements technology.

Stating that the F-35 will be able detect and eliminate enemy fighters using no other method but sheer technological superiority seems to be putting all the eggs into one basket.  A basket that happens to need batteries and an active wi-fi connection.

What do you think?  Please let me know in the comments below and/or the poll in the upper right hand corner of the blog (may not be visible on the mobile version).