Another damning POGO report for the F-35... 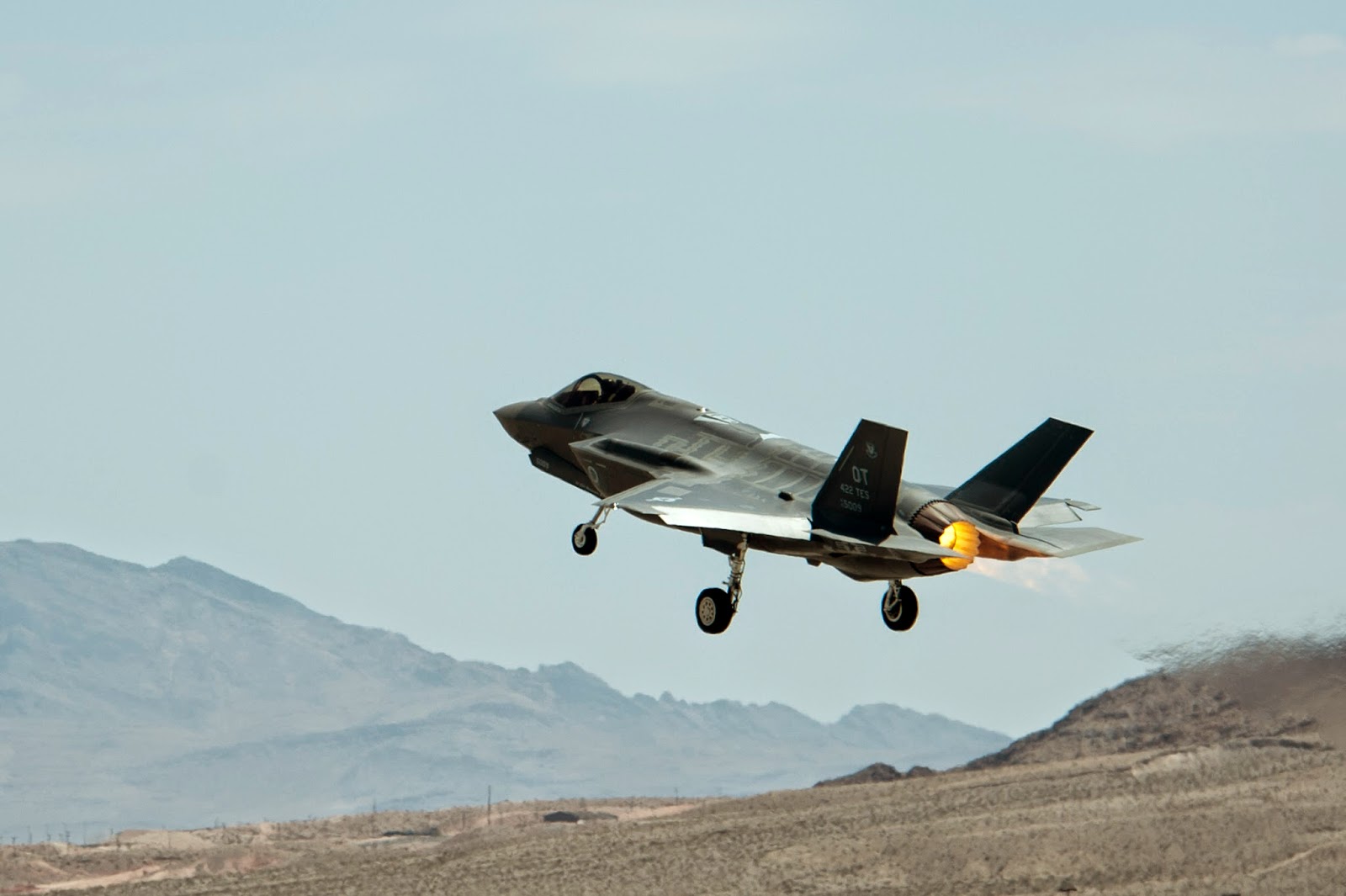 It should not surprise anyone who has been following recent JSF news that the most recent Director of Operational Test and Evaluation (DOT&E) report on the F-35 does not exactly paint a rosy picture of the program.

Weapons that do not fit the F-35's engine bay, continued software glitches, an engine fire, and the usual escalation in costs continue to raise questions about the JSF.

Here are some highlights:


Reliability continues to be a problem.  As you can see in the table below, the total fleet average is 39%.  At best, no more than 6 aircraft are available for every 10 in the fleet. 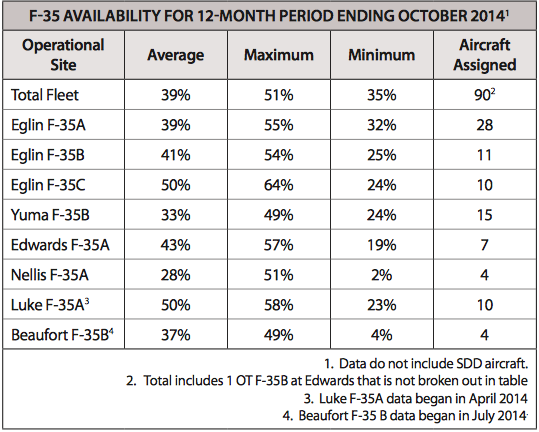 There has also been a rather controversial practice of fudging some numbers by reclassifying inherent failures (caused by design) as induced failures (caused by mishandling).  I have gone over this before here:  http://bestfighter4canada.blogspot.ca/2015/01/2015-f-35-dot-report-more-of-same-with.html

The Project on Government Oversight, also known as POGO, has released a damning critique of the JSF's latest report.  They state that the F-35 is "Not ready for prime time...".  They also state that it is highly unlikely that the aircraft will meet its IOC target later this year...  Or anytime soon.

You can find it here:  http://www.pogo.org/our-work/straus-military-reform-project/weapons/2015/not-ready-for-prime-time.html

Wherever you go, there seems to be more critique of the F-35...  And rightly so.  When the costliest weapon system in history lags behind in development while continuing to consume budgets, people soon start shouting for some accountability.
DOT&E F-35 omnishambles POGO