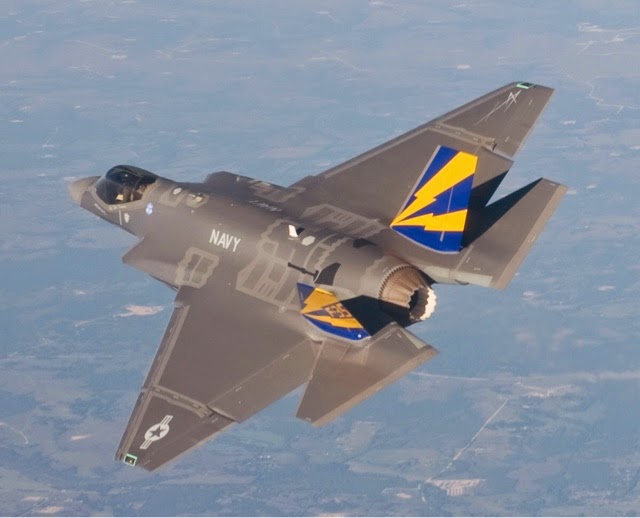 In news that will surely have repercussions to the JSF program, the United States Navy has chosen to cut back their F-35C orders until 2020 by as much as a third.
Instead, the USN will pursue more stand-off weapons (ie: ALCMs).
The news can be seen here:  http://aviationweek.com/defense/f-35cs-cut-back-us-navy-invests-standoff-weapons
"The Navy’s budget priorities reflect the views of Chief of Naval Operations Adm. Jonathan Greenert. In June 2012, shortly after he was appointed as CNO, Greenert published an article in the Naval Institute’s Proceedings magazine that downplayed the importance of advanced platforms, including stealth aircraft, in favor of “payloads” including standoff weapons."
In order for the F-35 to meet its production goals over the next few years, those USN sales will have to be made up some other way. Otherwise, its price will remain high, resulting in the "death spiral" or, at least, a "zombie shuffle".
F-35C omnishambles USN zombie shuffle