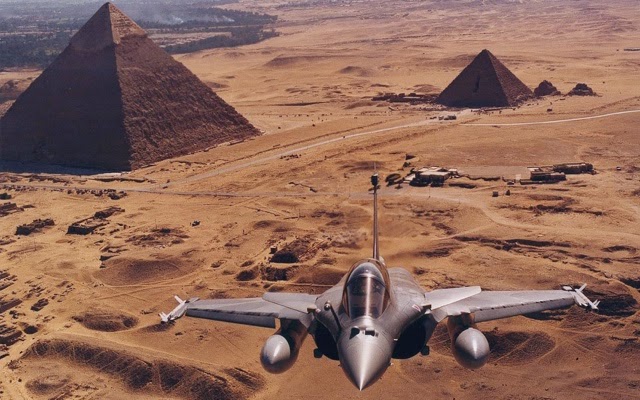 I may be on vacation, but my flight is not until tomorrow and this is pretty big news for Rafale fans:
While India may be dragging its heels on the Dassault Rafale, it now looks like Egypt would like some and is now in talks to buy 24.
Not only would this be the Rafale's first foreign sale, but it would give a much needed shot in the arm to French fighter production.  It is not same scale as the 126 to be sold to India, but all 24 Egyptian Rafales would be built in France, helping to keep that assembly line running a bit longer.
More here:  http://aviationweek.com/blog/egypt-possible-first-export-customer-french-rafale
Egypt Rafale