For those of you keeping up with current events, you may have noticed the fury and uproar regarding the latest bit of JSF news.  Specifically, the fact that the F-35 will not have the capability to fire its cannon until at least 2019.

How could a $400 billion (possibly $1.5 trillion) fighter program leave out something as simple and basic as a gun?  What good is a fighter without a cannon?  Why will it take another four years just to get one to work?

I am here to tell you it does not really matter, anyway.

Even if Canada did decide to order the F-35 today, it likely would not receive its first airframes until 2017-2019 at the earliest.  Even then, a CF-35 would not enter service until for a few years after that.  Full operational tempo would not occur until the early 2020s.  In the meantime, the RCAF will still have its life-extended CF-18s armed with the tried-and-true M61 Vulcan 20mm cannon.

So why is everyone kicking up a fuss?

The F-35's gun problem seems similar to that shared with the 60s era multi-service F-4 Phantom II.  During the F-4's design phase, it was believed that guided missile technology had progressed enough to make cannons obsolete.  The era of the dogfight was over.  Fighter pilots would simply be eliminate their opponents from beyond visual range, thanks to superior American radar and missile technology.

The kill ratio of the AIM-7 Sparrow was an abysmal 9.2%.Out of 612 AIM-7s fired only 97 hit their target, resulting in 56 kills.  Only two of these could be considered BVR (beyond visual range).

The heat-seaking AIM-9 Sidewinder of the time fared slightly better, with a pK (probability of kill) ratio of 18%.

The Vietnamese did not get the memo about how the cannon was obsolete, and focused on close-range combat against larger and clumsier American fighters.  Vietnamese aces quickly outnumbered American aces, despite using "inferior" MiG-17s and MiG-21s.  It did not take long before F-4 crews demanded their aircraft be fitted with cannons.

A stop-gap measure was put in place, mounting gunpods to the aircraft.  Unfortunately, these added unwelcome drag to the F-4, and were not particularly accurate.  Phantom crews would have to wait until the F-4E to get a proper nose-mounted cannon.

It would seem as if history is repeating itself.

Of the three JSF variants, only the CTOL F-35A comes with an internal cannon.  Both the STOL F-35B and the carrier-launched F-35C will have to make do with an external "multi-mission pod" that contains the same 25mm cannon.

Part of the reasoning behind the JSF was to develop a common platform for all air services.  As such, commonality between variants needs to emphasized as much as possible.  So why differentiate the three models on something as basic as a gun?

Yet the F-35A's cannon only accounts for 416 pounds, not including ammo.  It is tucked away above the port-side intake, with a neat little door that opens prior to firing.  This keeps the F-35A stealthy.

By contrast, when the F-35B or F-35C mount the cannon, it needs to mount a rather unstealthy 735 pound (not including ammo) pod under the fuselage.  Needless to say, this will compromise performance somewhat.

This performance hit will likely exclude the F-35's mission pod from high-risk missions.  The exact same missions that a cannon may need to be brought to bear as a last resort.  Remember, the JSF only carries a maximum of 4 AMRAAMs internally, AMRAAM's that are capable of hitting a non-maneuvering target 59% of the time.  That kill ratio drops significantly with countermeasures and/or evasive maneuvers.

Then again, it is not the hardware where the F-35's gun is having issues, but the software.  "Full operational capability" has to wait until the Block 3F software.  Software that is already 14 months behind schedule, and has proved to one of the JSF's trickiest issues to deal with.

Firing the F-35's cannon requires more than a simple trigger squeeze.  Aiming needs to be done through the helmet-mounted display, as the F-35 lacks a traditional HUD.  Anything done through the JSF's HMD needs to march lock-step through eight million lines of computer code in order to work.  Programming must be written, tested, and debugged

F-35 weapon testing began in earnest in 2013, but it appears that the JSF's cannon has yet to be fired from a flying aircraft.  A gunpod was mounted on a test flight year ago, but Lockheed Martin's test update webpage makes no mention of cannon testing.

So why the delay? 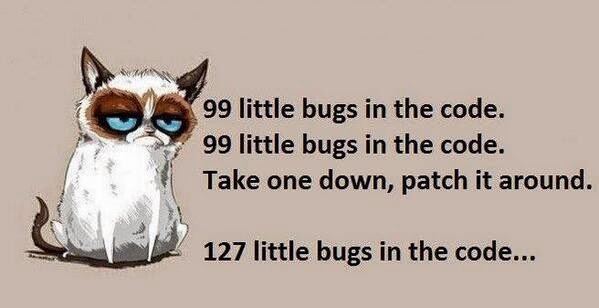 It could have something to do with the dichotomy of the JSF's cannon.  Internal or external?  One is fixed in place, while the other is temporarily mounted in a completely different position.  The difference may seem minor, but it is there.

In the end, it does not really matter.

If the F-35 is at a point in a mission where something as short-ranged as a 25mm cannon is usable, than something has gone horribly, horribly wrong.

The rationale behind the JSF's design, and the majority of Lockheed Martin PR material promise an undetectable fighter with unparalleled sensor capability.  Its proposed dominance is based simply on the principle of seeing while not being seen itself.  That means staying out of the visual range needed for a cannon.

If a F-35 pilot finds themselves in a dogfight that has closed in to cannon range, that means that their two-to-four AMRAAMs were unable to do the job.  It means that WVR AIM-9 Sidewinders are ineffective, or not carried at all.  It means that their stealth was ineffective against enemy detection.  In that case, the sluggish JSF would be hard-pressed to outmaneuver faster, more agile aircraft like the Su-35.

Even against soft ground targets, the F-35's cannon is likely to be of little use.  Getting close to the ground brings the aircraft within range of heat-seaking MANPADS, and the JSF simply cannot afford to take a hit like the A-10 can. 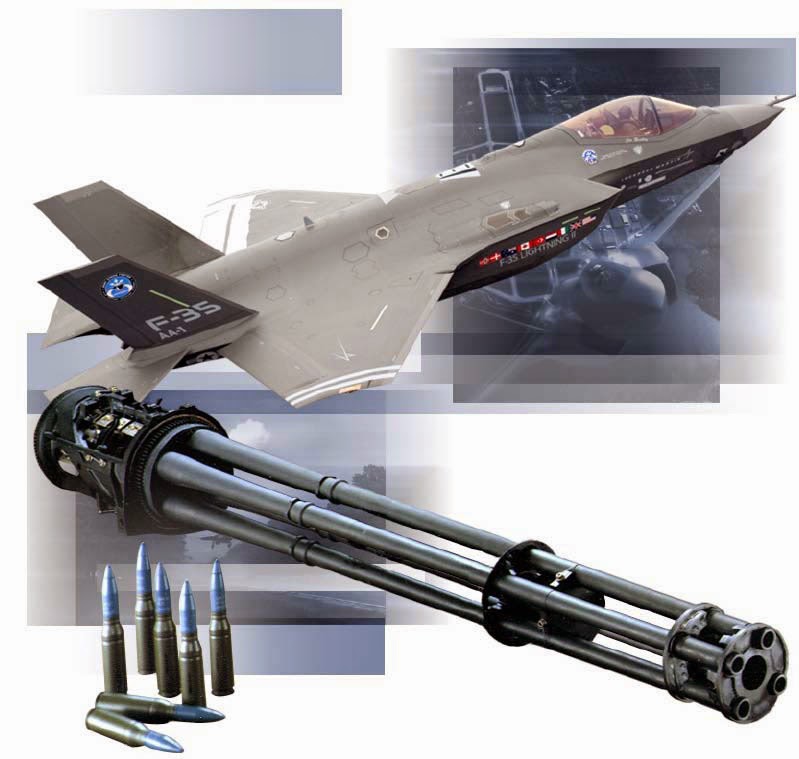 Some have mentioned that the F-35 would not be able to fire its cannon for very long anyway.  180 rounds disappear pretty fast when fired at 3,000 rounds a minute (50/second).  That is still enough for a few one-second trigger pulls.  For comparison. the Eurofighter Typhoon carries 150 rounds for its 27mm cannon, which fires at a more leisurely 1,000 to 1,700 rounds per minute.

Oddly enough, the Eurofighter Typhoon had its own cannon controversy.  In order to cut costs, RAF pilots were forbidden to fire the aircraft's gun.  Plans to remove the cannon completely were shelved when it was found that replacing it with ballast would cost more than the guns themselves.  Experience in Afghanistan led to a reversal of this decision, thankfully.

In the end, the F-35's current lack of a gun makes little difference.  Even if it did work, it would be of little use for anything except a last-ditch resort.  The aircraft is not cut out to be a dogfighter, nor is it ground pounder akin to the A-10 Warthog.  Like the F-4 Phantom II, its gun seems to be little more than an afterthought.

[EDIT:  I originally posted that the gun was intended for the Block 2B/3I software.  This is not the case.]