January 22, 2015
The Pentagon's Director Operational Testing and Evaluation (DOT&E) report was released this week allowing us to take a peek at how well the JSF's testing has been going over the last year.

This has been an interesting year for the JSF, to say the least.  While it has been the brunt of much criticism (including mine), the program has seen quite a bit of progress over the last year.  The biggest sigh of relief must have been when two F-35Cs successfully completed carrier landing trials, putting that nasty tailhook problem to bed.

Of course, the elephant in the JSF's room for 2014 was the ill-timed engine fire that put a halt to the F-35's international debut at the Royal International Air Tattoo (RIAT) and the Farnborough Air Show after that.  A fix has been devised for engine issue, but flight restrictions were put in place, keeping F-35 test pilots from testing the aircraft's limits.

None of this is any surprise to those who have been following the program.

The real stand out in the 2015 DOT&E report is not so much in what is being reported, but how things are being reported.  It would seem as if some numbers were being fudged to make for a more positive image.  This was done three ways:


The report also brings to light an issue with the F-35's stealth coverings.  Repairs currently require a 48 hour "cure" time.  New materials may reduce this to as little as 12 hours, but require refrigeration, something that might be difficult to provide while operating from austere conditions. 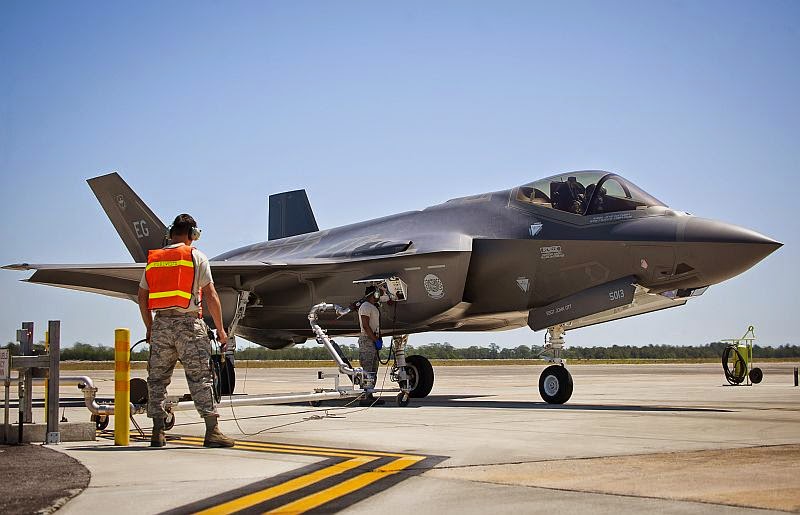 Here are some highlights:

-  Aircraft availability was flat over most of the past year, maintaining an average for the fleet of 37 percent for the 12-month rolling period ending in September – consistent with the availability reported in the FY13 DOT&Ereport of 37 percent for the 12-month period ending in October 2013. However, the program reported an improved availability in October 2014, reaching an average rate of 51 percent for the fleet of 90 aircraft and breaking 50 percent for the first time, but still short of the program objective of 60 percent set for the end of CY14. The
bump in availability in October brought the bump in availability in October brought the fleet 12-month average to 39 percent.-  Measures of reliability and maintainability that have ORD requirements have improved since last year, but all nine reliability measures (three for each variant) are still below program target values for the current stage of development. The reliability metric that has seen the most improvement since May 2013 is not an ORD requirement, but a contract specification metric, mean flight hour between failure scored as “design controllable” (which are equipment failures due to design flaws). For this metric, the F-35B and F-35C are currently above program target values,and F-35A is slightly below the target value, but has been above the target value for several months over the last year. 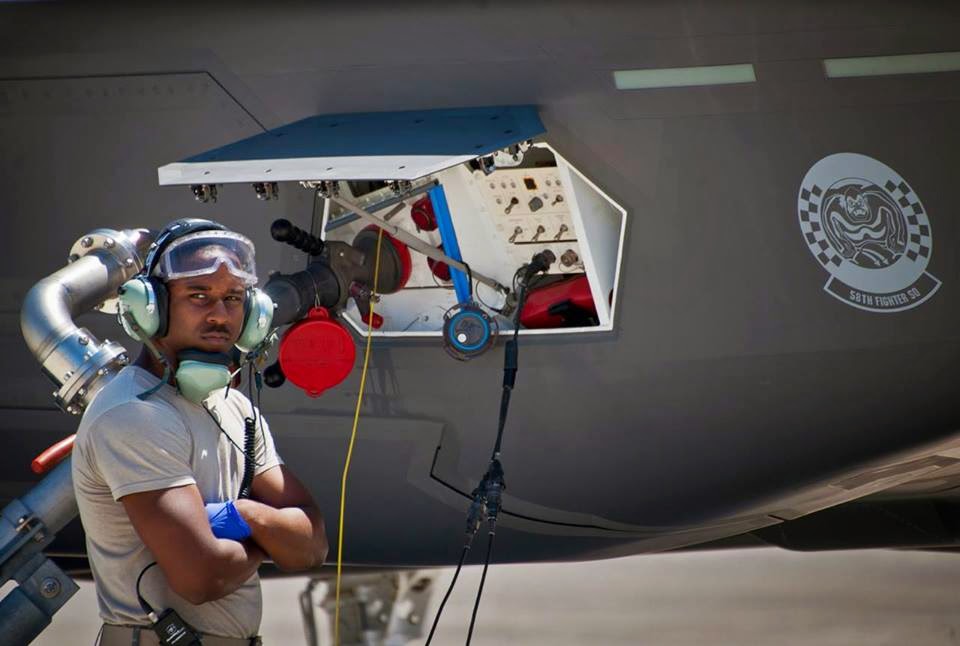 Maintenance as a whole remains to be a challenge for the F-35, with the report stating that "The amount of time spent on maintenance for all variants exceeds that required for mature aircraft".  Much of this time seems to be spent dealing with the finicky Automated Logistic Information System (ALIS).


"The program develops and fields ALIS in increments similar to the mission systems capability in the air vehicle. Overall, ALIS is behind schedule, has several capabilities delayed or deferred to later builds, and has been fielded with deficiencies. The program does not have a dedicated end-to-end developmental testing venue for ALIS and has relied on feedback from the field locations for identifying deficiencies. Though some of the early deficiencies have been addressed, ALIS continues to be cumbersome to use and inefficient, and requires the use of workarounds for deficiencies awaiting correction"

Despite all this, the USMC is still insisting that the F-35B will meet its initial operating capability (IOC) by July of this year.  This has skewed testing towards the STOVL version of the JSF while testing on the other two versions has lagged behind.

Since the F-35B is capable of supersonic flight and BVR combat, it can be seen as a serious upgrade from the USMC's soon-to-be-retired fleet of AV-8B Harriers.  With its limited Block 2B software, the JSF does not yet meet the capability of the USMC's fleet of F/A-18C/D Hornets (not-Super).  That is probably why the USMC will keep its legacy Hornets until 2029.

While Lockheed Martin and the Pentagon often brag about the F-35's progress, one thing is very much certain:  The Joint Strike Fighter still has a way to go.