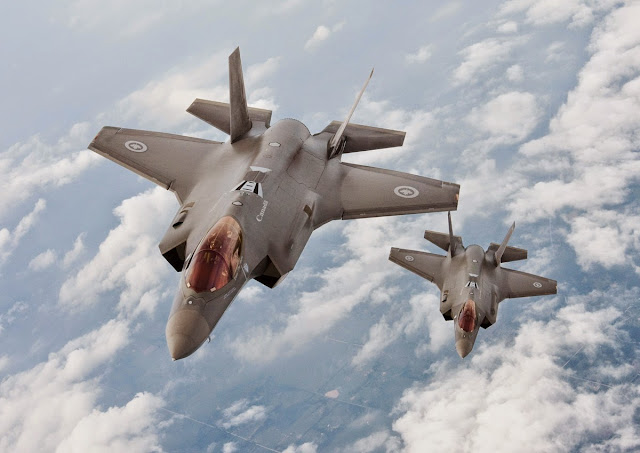 Without a doubt, the JSF's largest stumbling block so far is cost.  Sure, it has other issues, but cost always seems to make it to the top of the list of things that need to be fixed.

From the start of the JSF program, an emphasis has been (supposedly) placed on affordability.  After all, this is the aircraft that is supposed to replace the F-16 as the predominant fighter of the Western world.  Realistically, it cannot do that if it is beyond the fiscal reach of its potential customers.

There has been a recent effort to put "affordability" back into the JSF program.  Mind you, a 2-4% reduction in price is nowhere near enough, but it is a good start.  Time will tell if Lockheed Martin will be able to make good on its promise to reduce F-35 prices down to "4th generation equivalents".

If this could be done, it would silence a lot of the JSF's critics.

What if the F-35A Lightning II could be purchased for the same price as F/A-18E Super Hornet?

It would certainly seem like a bargain.  The F-35 matches most of the Rhino's capability but also adds stealth, more advanced avionics, and it is considerable more "future proof" as it will likely remain in service long after the Super Hornet is retired.

The big challenge would be sustainment costs.  Saving a few billion on acquisition costs would be inconsequential if long term costs break the bank.  An F-35 purchase would require some major changes in order to accommodate the new fighters.

Admittedly, I am rather on the fence on this one.  If both acquisition and sustainment costs were to come down, I would be a lot less hesitant about the F-35.

At a lowered price, the JSF still might not be the best fighter for Canada, but it could very well be good enough.

What do you think?  Please comment below and make your choice in the poll on the right.