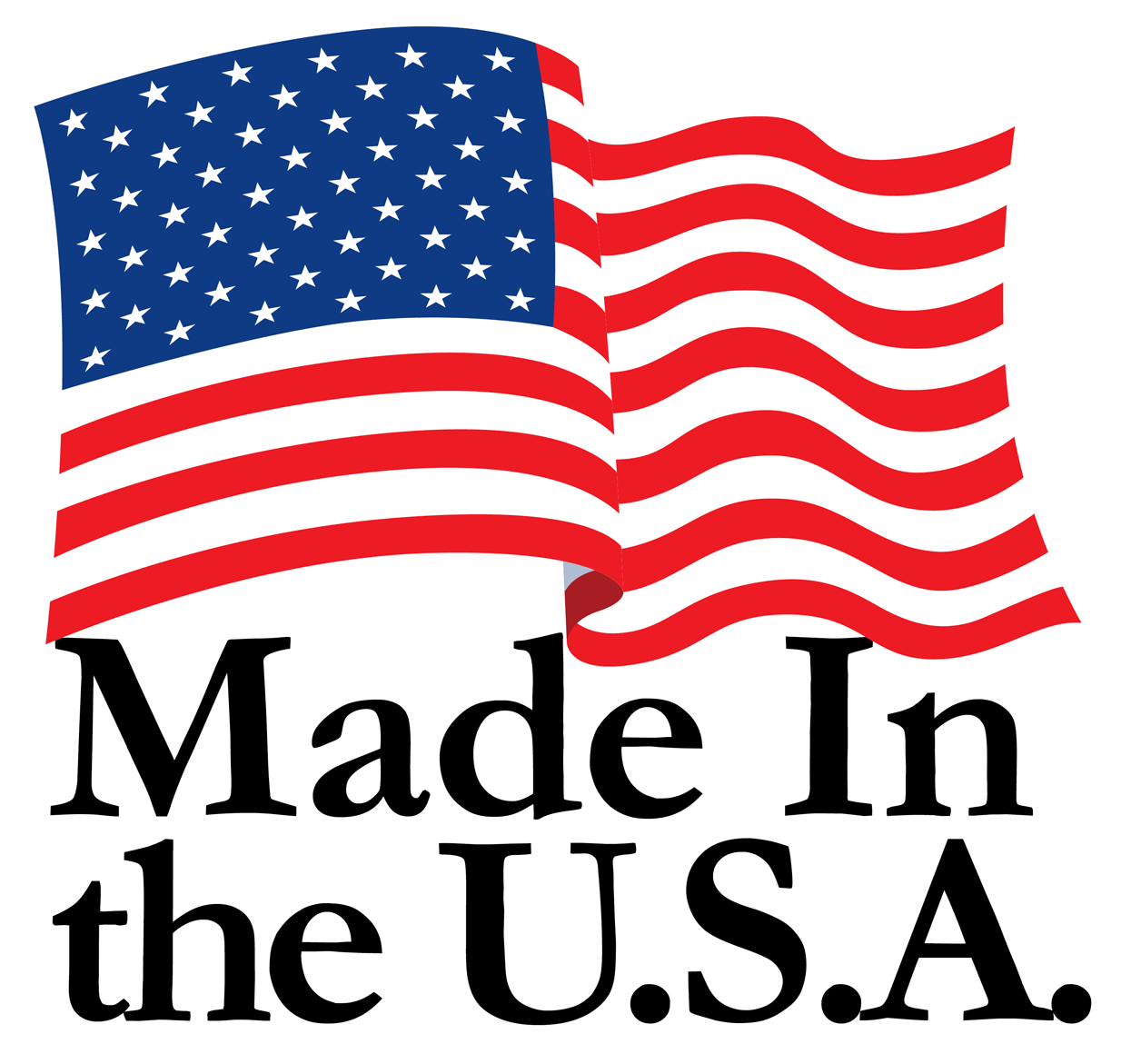 Captain Buster stifled a yawn as he stared bleary eyed at the lifeless powerpoint presentation.  He wished he was back piloting his beloved CF-18, not stuck in this dreary meeting.  He cursed his Commanding Officer for "volunteering" him to be part of the committee to pick the CF-18's replacement.  It may be good for his career, but it was hell on his nerves.

"As you can see, we have several choices available to us."  Captain Buster had already forgotten the committee chairperson's name, so decided to honor the chairperson with the call-sign "Drone" for the way the chairperson would drone on-and-on...  And on...

"We have the Lockheed F-35, of course.  I'm sure many of you have heard the controversy surrounding it.  The Americans seem hell-bent on using it to replace just about every fighter they have, however, so you can see why they want us to get it too.

"Then we have the Super Hornet.  It's a lot like the CF-18, only bigger and modernized somewhat.  It's way cheaper than the F-35, but some worry it might not be that much of an improvement on what we already have."

Captain Buster struggled to stay awake as the slide-show continued.  "Tell me something I don't know..." he thought to himself.

The chairperson continued.  "From Europe, we have the Eurofighter Typhoon.  It's fast, agile, and billed as the next best thing to the F-22.  The Brits and Germans say its expensive, however, and they seem to have trouble getting parts."

"And here's the French Rafale.  It seems like a great fighter.  They got 'em working from carriers and it won't be long before its France's only fighter.  India's looking to buy a whole bunch of 'em too.  We'd have to modify them to fit our AMRAAMs, etc...  But that shouldn't be a big deal."

"Lastly, there's the Saab Gripen from Sweden.  It's small, but the Swedes have given it good range and all the latest toys.  It doesn't have quite the payload of the others, but its cheap to run and can land damn near anywhere.

"As you can see, there are plenty of options out there, the hard part is narrowing it down to one."

"AHEM!"  The deputy minister in charge of something-something cleared his throat, pulling his too-tight shirt collar away from his bulging fat neck.  "Just the F-35 and the Super Hornet are made in the States, right"

"You can't be seriously suggesting that Canada would buy a non-US aircraft, can you?  When have we ever bought an European fighter?

"I thought so.  Why don't we just simplify things and cross the European fighters off the list.  That just leaves the F-35 and the Super Hornet, right?  Wouldn't that make it easier?"

"WOULD SOMEBODY WAKE UP CAPTAIN BUSTER!"

Since entering the jet age, the RCAF has never operated a jet powered fighter aircraft designed outside of the United States. The CF-86 Sabre, the CT-133 Silver Star, the CF-101 Voodoo, the CF-104, the CF-116 Freedom Fighter, and the CF-188 (better known as the CF-18 Hornet) all hail from the good old U.S.A.  Even the F2H-3 Banshee flown from the decks of the HMCS Bonaventure came from south of the border.  While many of these aircraft (like the CF-86 and CF-104) were license built in Canada, the designs themselves come from American stalwarts like Lockheed and McDonnell Douglas.

The only true "non-American" jet fighter to serve in the RCAF is in fact the CF-100 Avro Canuck.  Intentions to keep Canada's fighter design business alive with the CF-105 Avro Arrow met a grisly end, and we have been "flying American" ever since.

Despite Canada's preference for American fighter jets, there is no hard-and-fast rule dictating that all other designs should be ignored.  Fighters like the Typhoon, Rafale, and Gripen were in fact considered in the time leading up to the F-35 Lightning II selection.  Some may argue this was strictly for appearances, but then the same could be said about the Boeing Super Hornet's consideration as well.

Perhaps we need to look further back and look at some other examples.

When the Canadian government decided to replace the aging CF-101 and CF-104, it truly was a "buyers market".  No less than seven aircraft were considered under the New Fighter Aircraft program, including two different versions of the F-18 Hornet.

Here they are, in no particular order:

In retrospect, the decision to go with the F/A-18 seems sound.  The Mirage F1 was quickly eliminated, since it it did not meet the requirements.  Dassault instead offered the Mirage 2000, but was unable to finalize an offer in time.  The Northrop F-18L (a land-based F/A-18) was an early front-runner, but Northrop was unable to find any other buyers for it and conceded the market to McDonnell Douglas.  The F-14, F-15, and Tornado were all eliminated due to cost concerns, not to mention the fact that none of them could be called "multi-role" fighters at the time.  This left the F-16 and F/A-18 as the "last fighters standing".  It was decided that the F/A-18's more robust airframe, twin-engine performance (two smaller engines take less time to "spool up" than a single larger jet) made it more suitable for Canada.  At the time, the F-16 also lacked BVR capability to match the F/A-18's AIM-7 Sparrow missiles.

Hindsight being 20/20 some (including myself) believe that the F-16, F-14, or F-15 may have been a better fighter for Canada, it is hard to fault the selection of the F/A-18.  Ultimately, it was the Hornet's  capabilities that earned its place in the RCAF, not is country of origin.

The RCAF is, in fact, no stranger to European (and other) sourced aircraft.

The Dassault Falcon served as a VIP transport and electronic warfare aircraft from 1970 to 1989.

Over Afghanistan, the RCAF also utilized the French made CU-161 SAGEM Sperwer UAV for surveillance.

As well as the Israeli sourced CU-170 Heron (these were leased).

Currently, Canada operates the French-built Airbus A310 as the CT-150 Polaris.

RCAF pilots are trained in the British-made BAe CT-155 Hawk.

Search-and-rescue duties are performed by the Italian Agusta-Westlane CH-149 Cormorant.

Perhaps the most surprising example of a foreign-sourced aircraft goes to the Russian-made MI-17 "Hip" helicopters used as a medium/heavy-lift platform during the war in Afghanistan.  These civilian specced helicopters were leased to fill the gap left by prematurely retiring the Chinook helicopter.

Throughout the years, the RCAF has leased plenty of other aircraft to "fill the gap" due to a lack of heavy-lift strategic airlift.  This has been rectified since the the purchase of the C-17 Globemaster III.

Looking at Canada's other military branches, we see equipment procured from every corner of the globe.  Tanks from Germany, APCs from South Africa, rifles from Belgium, and anti-aircraft guns from Sweden.


If that was not enough proof that the RCAF is an equal-oppourtunity purchaser, just look at the two options being considered for Canada's next fixed wing search-and-rescue (FWSAR) aircraft.  Neither the Airbus C-295 or the Alenia C-27J are made in America.  There have been suggestions that the Bell/Boeing V-22 Osprey should be considered as well, but cost concerns make that seem unlikely.

It the Super Hornet is selected as Canada's next fighter over the F-35, it will be thanks to that particular aircraft's capabilities, price, and offset deals; not because it is the only American fighter being offered.

Likely the ease of transition from legacy Hornet to Super Hornet would also be a factor.  After all, the Super Hornet is just a more advanced variant of the current CF-18...  Right?

Tune in next week.