JSF coverup: Engine troubles have gone from bad to worse... 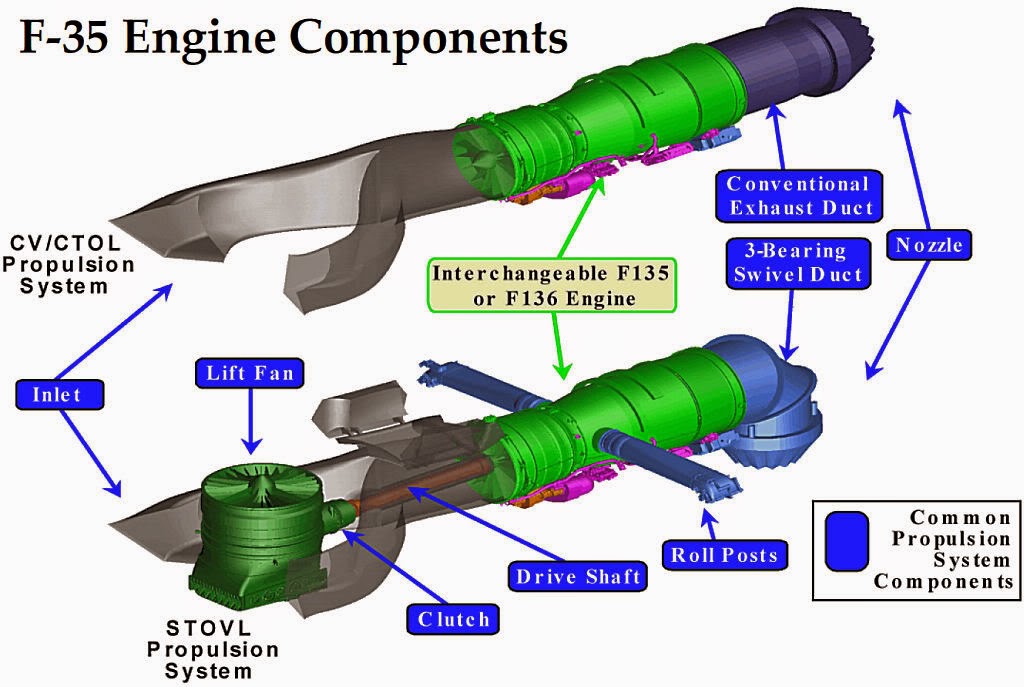 For those of you have either away on vacation or living under a rock this past summer; the F-35 has had some major engine issues.


Now another bombshell has dropped regarding the F-35's Pratt & Whitney F135 turbofan engine.

Pratt & Whitney has had to halt deliveries of the F135 over concerns over the titanium used.  This is due to issues with subcontractors that have been under pressure to lower costs.  Pratt & Whitney has been accused of poor management over this:

The Defense Contract Management Agency wrote in a June internal assessment that Pratt & Whitney’s “continued poor management of suppliers is a primary driver for the increased potential problem notifications.”
The incidents “have resulted in delinquent deliveries of engines,” the agency said. “This trend will continue until the contractor improves its management of subcontractors and suppliers.”

Now comes word that Pratt & Whitney have not delivered a F135 engine since May.  Worse still, this fact has been kept under wraps since then.  Not only is this a public relations faux pas, but is also raises some serious questions, as listed on Defense-Aerospace:

All of the above paints a pretty dismal picture of the credibility of the F-35 program and of the ease with which it manipulates the media. But the media is not alone is having been misled: -- Witnesses during June-July hearings by four congressional panels on the FY2015 budget also neglected to mention the engine delivery freeze. The cover-up is a slap in the face of these panels, whose reaction this week will be indicative of how seriously they take their oversight role. -- Was the British government, the biggest foreign partner in the F-35 program, informed of this latest setback, and did it join the cover-up? Was this the reason it didn’t sign the 14-aircraft order, as expected? -- Was the Italian government, the second-largest foreign partner, informed, and were the six other foreign partners who have contributed to funding development? Were they kept deliberately in the dark, or did they join the cover-up? In other words, is this an international conspiracy to protect the F-35 from parliamentary and public scrutiny, or is it simply a domestic cover-up in the US? The cover-up also raises shareholder information issues for Lockheed Martin and United Technologies, Pratt’s corporate parent. Lockheed, for example, makes no mention of the engine freeze in its July 22 statement on second quarter results, although the F-35 program is so crucial to its future that it is specifically mentioned in its “Forward Looking Statement” regulatory warning.

No statements have been made by the USAF Chief of Staff Lt Gen Welsh or the Joint Program Office's Lt Gen Bogdan, two people who would certainly be "in the know".

It would appear as though the media, elected government officials, international partners, and shareholders for both Lockheed Martin and Pratt & Whitney have been kept in the dark about this.  If so, expect the worse for the F-35.  American mid-terms are coming up and tensions in the Ukraine and with ISIS has put military spending front and center.

As hard as summer was on the F-35 Lightning II program, this autumn might get even harder.
death spiral F-35 F135 JSF omnishambles zombie shuffle