August 29, 2014
Officials are still tight-lipped about what caused an engine fire that caused the JSF to miss its international debut last month.

The incident has almost certainly resulted in the loss of a quarter-billion-dollar airframe.  All that has been released so far is that "excessive rubbing" inside the engine was the root cause.  What is not know is whether or not this is an inherent design flaw, the result of flawed maintenance, or simply a fluke occurrence.  USMC Commandant, General James Amos, has dismissed the mishap as "one-off".

Despite this nonchalant view towards the JSF's self immolation, the F-35 has undergone strict flight restrictions.  These have been relaxed somewhat, but it is enough to slow down testing that is already far behind schedule. 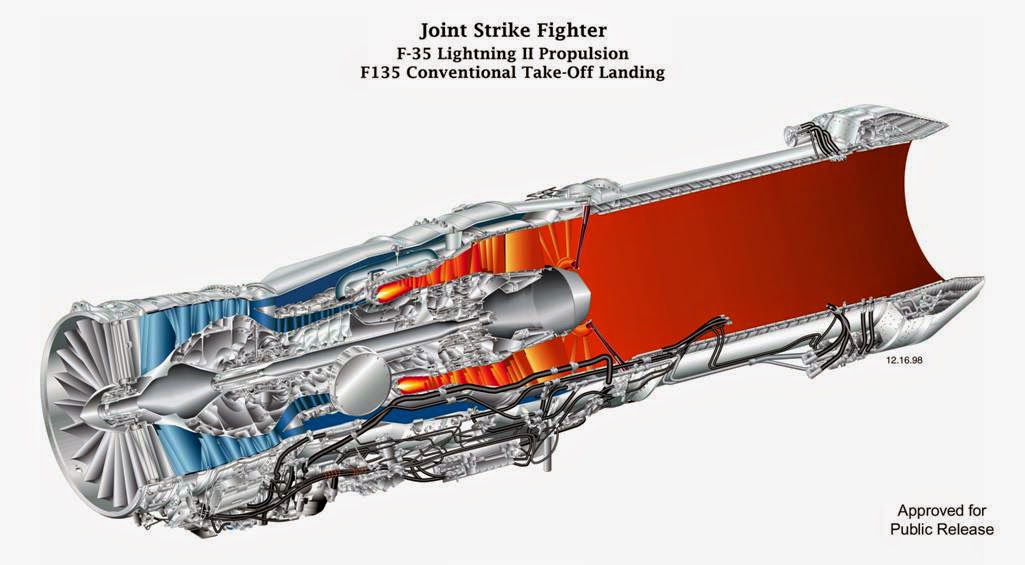 Now comes word that Pratt & Whitney, the manufacturer of the F-35's F135 engine, is close to developing a fix.

The need for a design change likely confirms that the Lightning II's engine fire was the result of a mechanical design flaw.

The big question now is what this "potential design change" entails.  Even a minor fix would require retrofits of the entire F-35 fleet.  A major design change could result in the need for further testing.  There is also the question of weight, as the JSF has a bit of a problem in that department.

Whatever the case, the F-35 will still remain "too big to fail".
F-35 fiery death omnishambles