June 20, 2014
For and introduction and rule to Fighter Jet Fight Club:  Click Here.

What better way to kick off Fighter Jet Fight Club than to examine two frustratingly similar aircraft?  Both are twin-engined "Eurocanards" of nearly identical size, power, and performance.  They even share a common origin, but France decided to leave the Eurofighter party early and make its own aircraft.  Was it worth it?

Deep Strike:  Both aircraft have similar combat radius'.  They are also both capable of delivering ALCMs like the Storm Shadow, AASM, or Taurus KEPD 350.  Advantage:  Tie

Payload:  The Rafale can carry 21,000lbs worth of ordinance on 14 hard points.  The Typhoon can only carry 16,500lbs on 9 hard points (it has 4 more dedicated strictly to BVR A2A missiles).  The Rafale can even carry nukes.  Advantage:  Rafale, clear winner.

Close Air Support:  Oddly enough, the Typhoon will have a much better selection of low collateral damage weapons like the Brimstone and SDB (small diameter bomb).  The Rafale may be equipped with Brimstone missiles or similar in the future, but nothing is solid yet.  The Rafale ultimately gets the edge here, however, as it close-coupled canard design makes it better a better flyer in the "low-and-slow" regime.  Advantage:  Rafale, but barely.

Winner:  Rafale.  The Typhoon is becoming a better air-to-ground fighter with every update, but the Rafale was built to be a ground-pounder from day one.  Its only real weakness in the A2G role is the lack of low collateral damage weapons like the Brimstone.  This could easily be rectified.

First look, first kill:  Both aircraft have roughly the same IR and radar signature.  Both are equipped with AESA radars and IRSTs.  The Typhoon has a big advantage, however.  Its radar is 1/3rd larger (1,500 T/R modules vs an estimated 1,000) and it is mounted on a repositioner, giving it a wider field of view.  Advantage:  Typhoon, clear winner.

Beyond Visual Range:  Both aircraft are capable of roughly the same speed as well as supercruise.  Both are also capable of mounting the ramjet powered MBDA Meteor.  Unfortunately for the Rafale, the Typhoon's better radar and two-way data-link (vs one-way for the Rafale) with said Meteor wins the day here.  Advantage:  Typhoon.

Within Visual Range:  Again, both aircraft are quite evenly matched.  The Typhoon does have a slightly better power-to-weight ratio, slightly better wing loading, and slightly better climb rates, however.  The Rafale is really let down by its lack of HMD (helmet mounted display) however, giving the HMD equipped Typhoon a much better chance at lining up a shot.  Advantage:  Typhoon, clear winner.

Dogfight:  Once things get down and dirty, the Rafale starts to redeem itself.  The close-coupled canard design that allows it to take off from carriers gives it an advantage when both fighters have depleted their energy and missiles.  The Typhoon is no slouch here, but the Rafale wins it.  Advantage:  Rafale.

Winner:  Typhoon.  While the Rafale comes close, the Typhoon is better in almost every way.  Better radar, better Meteor missile link, HMD.  The only time the Rafale pilot would have an advantage would be in a slow, high angle-of-attack dogfight relying strictly on cannons.  A smart Typhoon pilot would likely not get suckered into this scenario however, having the full advantage in BVR and WVR missile targeting.

Versatility:  While one has to applaud the increasingly capable Typhoon, the Rafale stands out as a true "Jack-of-all-trades".  It is equally capable as a bomber as it is an interceptor.  It even has a carrier variant.  While it may not be the best aircraft at any given mission, it is hard to imagine a mission the Rafale could not do.  Advantage:  Rafale.

Logistics:  Both aircraft are advanced two-engined fighters with similar operating requirements.  With over 400 Typhoons being flown by seven different nations, the Typhoon is the predominant non-American fighter of the western world.  This has given it more flexibility when it comes to weapon selection.  For example; for WVR missiles, the Typhoon has the option of mounting the ASRAAM, Sidewinder, or IRIS-T.  For the Rafale, there is the choice between the MICA or the obsolete R550 Magic.  While the guy down the street may curse the repair costs for his BMW or Jaguar, he can take solace in the fact that he doesn't have to do the same for a Citroen or Peugeot.  Advantage:  Typhoon. 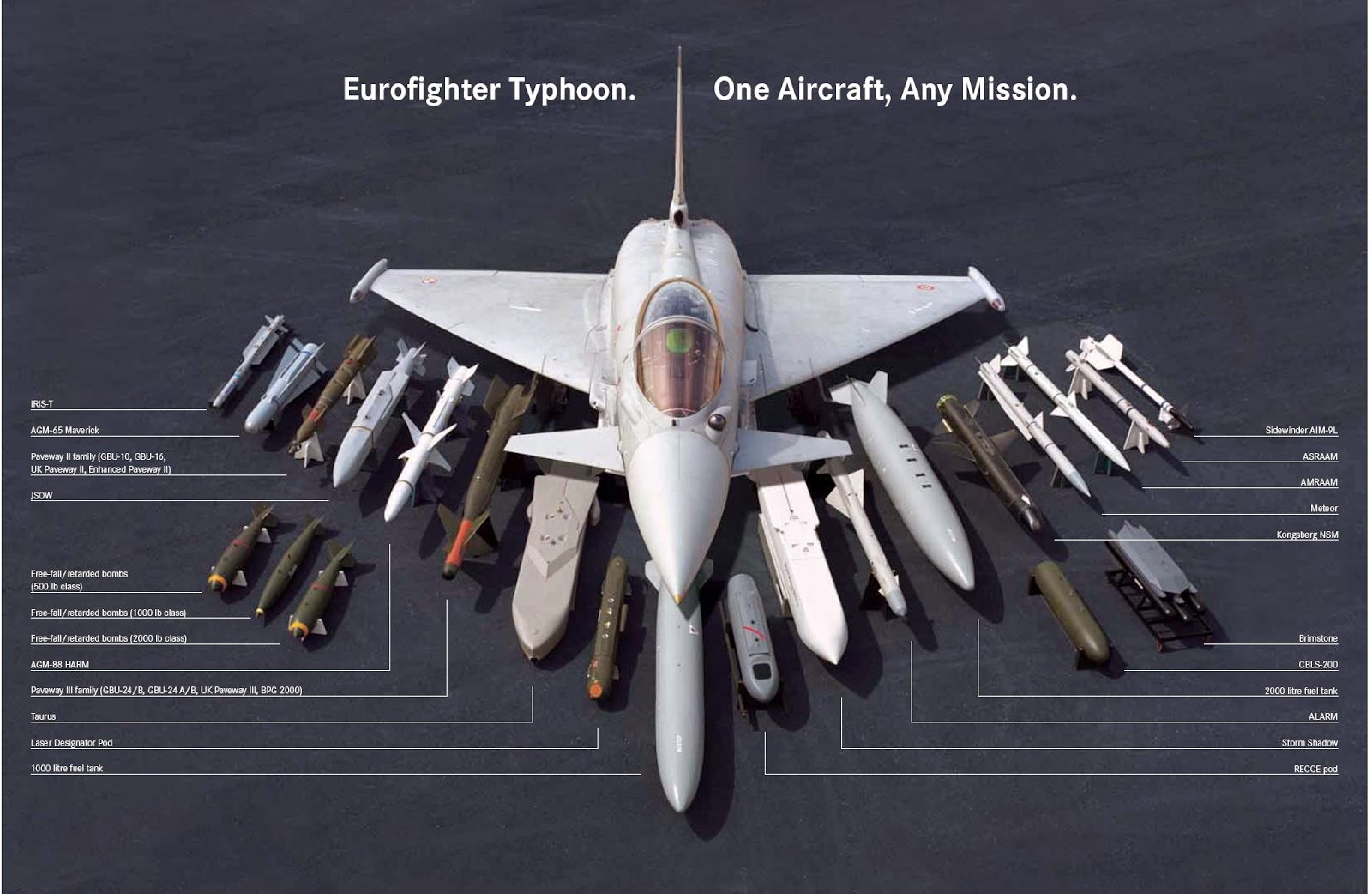 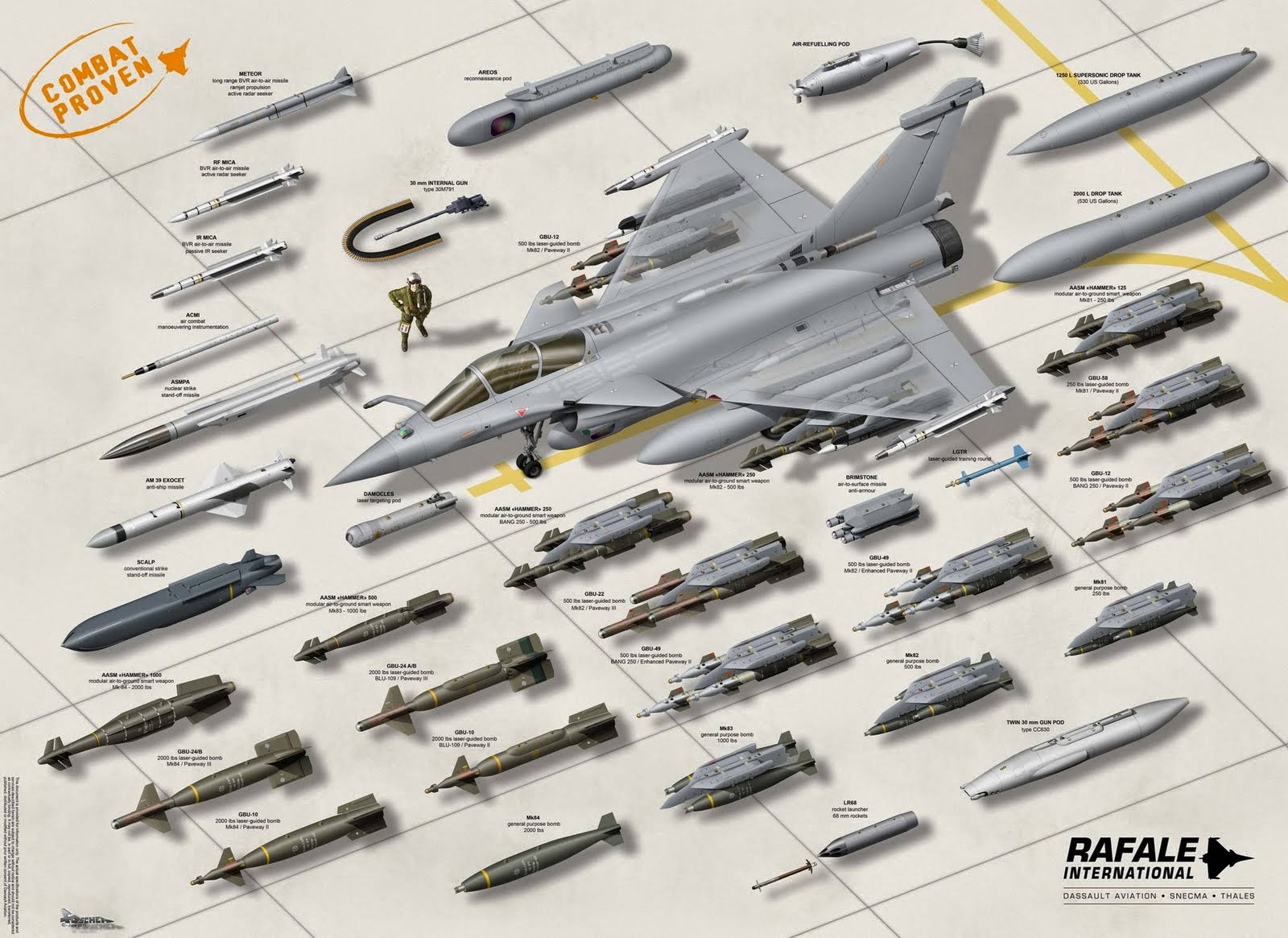 What really makes the difference for the Typhoon, however, is its continued development and updates.  Its increasing A2G capability, combined with the addition of the CAPTOR-E AESA really push it to the front.  Then again, if these upgrades are cancelled, the story changes dramatically.

The Rafale would likely win this contest based on how the aircraft are equipped now.  This changes somewhat when we look at the current upgrade paths for both aircraft.  Unfortunately for the Rafale, its development has seemingly stagnated.  While there is talk of HMDs and low-collateral-damage weapons, nothing substantial has been done yet.  There are simply too many "ifs" and "maybes" when it comes to the Rafale's future capability.  The Typhoon's larger investor base really makes a difference here.

If the Rafale gets a HMD and a wider weapon compatibility (something easily done, BTW), I would upgrade its WVR and logistics scores bringing it to a tie with the Typhoon.  It would still come slightly behind the Typhoon in A2A combat however.  The scores would be tied, but a better A2A score would be the tie-breaker needed to declare the Typhoon the winner.

Any thoughts?  Disagreements?  Arguments?  Let me hear about it in the comment section below!
Fighter Jet Fight Club FJFC Rafale Typhoon