The "Grandfather's Axe" and fighter design.

A comment on my last post got me thinking...  "Just what constitutes an 'all new' aircraft design?"

When it comes down to it, an aircraft's purpose dictates its shape.  Passenger airliners are all designed with efficiency in mind.  This leads to the almost identical shape of a long tube for carrying passengers in pressurized comfort, swept wings to provide a quick cruising speed, and engines mounted in nacelles for easy maintenance.  This general shape originated on the first really successful airliner, the Boeing 707, first flown almost 60 years ago. 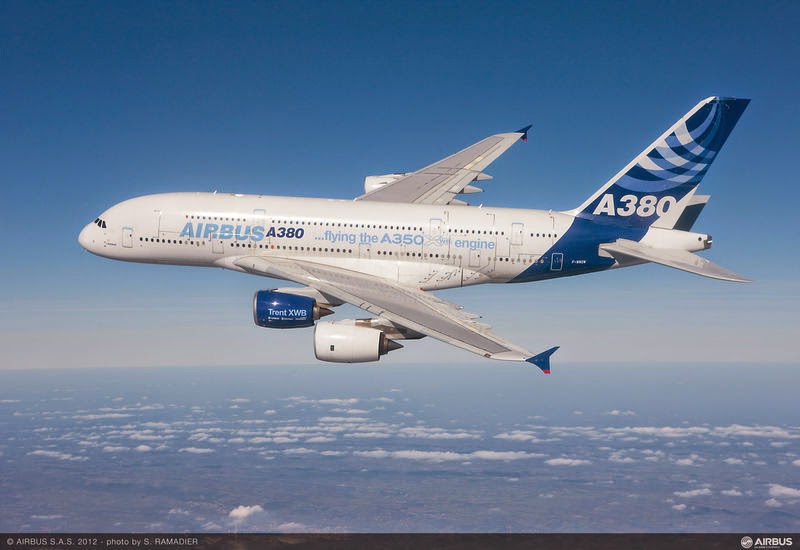 While over 50 years of development has brought us new construction techniques, new engine technology, and new materials, modern airliners still resemble the classic 707.  They might be of a different size, with fewer engines, but the layout is still pretty much the same, whether it's a massive 583-passenger Airbus A380 or a 50-passenger Embraer E170.

Unlike single-purpose airliners, military aircraft are purposed with varied missions, and cost efficiency is not usually the defining characteristic.  This leads to a myriad of different shapes, sizes, and configurations.  While a Boeing 737 from an Airbus A320 may be hard to tell apart at a distance, it's quite easy to differentiate an A-10 Thunderbolt II and a SR-71 Blackbird.  Also, military aircraft tend to evolve over time as new technology and new tactics drive design.

Sometimes, the end result looks nothing like the original.

In 1953, Northrop embarked on a study to build a light, low-cost jet fighter.  It's first effort, the N-102 "Fang" was certainly looked the part, but engineers quickly admitted that the addition of an additional turbojet engine would greatly improve the aircraft's reliability and safety.  This led to a major redesign that led to the N-156, aka: the Northrop YF-5A.

Head of the YF-5A's design team was Edgar Schmued, the man responsible for legendary fighters like the P-51 Mustang and the F-86 Sabre.  Schmued believed that taking advantage of high thrust-to-weight engines and combining them with a light, compact airframe could reverse the trend of jet fighters becoming heavier and more expensive.

While the U.S. military had little interest in the YF-5 as a fighter, they were in the market to replace the venerable T-33 Shooting Star trainer.  This led to the quick development of the two-seat T-38 Talon.

Northrop continued to slowly develop the N-156 as a proper fighter, however, and in 1962 it was revived as a low-cost export fighter that could sold to friendly nations with less-than-stellar military budgets.  Designated the F-5A and F-5B (for the two seat version), over 800 of these "Freedom Fighters" were built.  This included 240 built by Canadair and 70 built by Spain's CASA.

The F-5 would continue to evolve, becoming the F-5E "Tiger II".  This version sported more powerful engines, a lengthened fuselage, and more sophisticated avionics with radar.

Not quite as successful was Northrop's attempt to modernize the F-5 even further by replacing its two turbojets with a more modern GE404 turbofan (the same engine used on the F/A-18).  This new aircraft, the F-5G, was considered different enough to warrant a new name and designation, the F-20 Tigershark.  Like the F-5 before it, the F-20 was intended to be an affordable, export-friendly fighter intended for nations friendly to the U.S.

The F-20 showed amazing potential.  No less than the legendary Chuck Yeager praised its performance.  The F-20 even offered BVR capability, something the F-16A lacked at the time.

Two events conspired against the Tigershark, however:  First, the F-16 would be upgraded to allow full BVR capability with the F-16C.  Second, the newly appointed Reagan administration relaxed export restrictions, allowing the more expensive F-16 to be sold.  This had the additional benefit of lowering the overall costs of the F-16 for the USAF, as economies of scale turned the F-16 into the ultimate fighter bargain.

The F-5's lineage doesn't end there however.

Although it may not look it, Northrop's entry into the Lightweight Fighter (LWF) competition, the YF-17 Cobra was actually derived from the Northrop N-156.  This was done by raising the wing (to assist weapon storage), upgrading the engines to more modern turbofans, twin tails, and adding leading edge extensions (LERX) running from the cockpit to the wing.

While the YF-17 was unsuccessful in beating out the YF-16 in the LWF competition, its twin-engined design was enough to earn the interest of the USN.  With little experience developing naval aircraft, Northrop teamed up with McDonnell Douglas to develop the YF-17 into the multirole F/A-18 Hornet.  McDonnell Douglas would be responsible for the F/A-18 naval variant, while Northrop would be responsible for the F-18L, a simpler land based variant that found no buyers.  Thus Northrop would be edged out of its own fighter design.

Most Canadians are familiar with the F/A-18 in the form of the RCAF's CF-188 (the official designation).  Much like the Freedom Fighter evolved into the Tiger II, then the Tigershark; the F/A-18 would evolve further still.

When the Pentagon cancelled the infamous A-12 Avenger II, along with the NATF, the USN found itself in desperate need of an airframe capable of replacing its aging A-6 Intruder, EA-6 Prowler, and F-14 Tomcat.  McDonnell Douglas proposed a low risk approach by simply enlarging the existing F/A-18 design.  This proved an easy sell given the Pentagon's recent history of risky and expensive projects like the F-22, B-2, and A-12.

While the similarities are impossible to ignore, the Super Hornet is mostly an entirely new aircraft compared to the legacy Hornet.  It shares very few components with its older sibling.  It is also much larger, closer in size to a F-15.  The Super Hornet is also the platform from which an EW platform, the EA-18G Growler is based.

To complicate matters further, McDonnell Douglas has since merged with Boeing.  Northrop still exists, but has little to do with the Super Hornet.

The evolution of the N-102 "Fang" to the modern day Super Hornet and Growler is similar the the "Grandfather's Axe" paradox.


“This, milord, is my family’s axe. We have owned it for almost nine hundred years, see. Of course, sometimes it needed a new blade. And sometimes it has required a new handle, new designs on the metalwork, a little refreshing of the ornamentation . . . but is this not the nine-hundred-year-old axe of my family? And because it has changed gently over time, it is still a pretty good axe, y’know. ”

Is the Growler the same aircraft as the F-5?  Absolutely not...  But it sort of is.