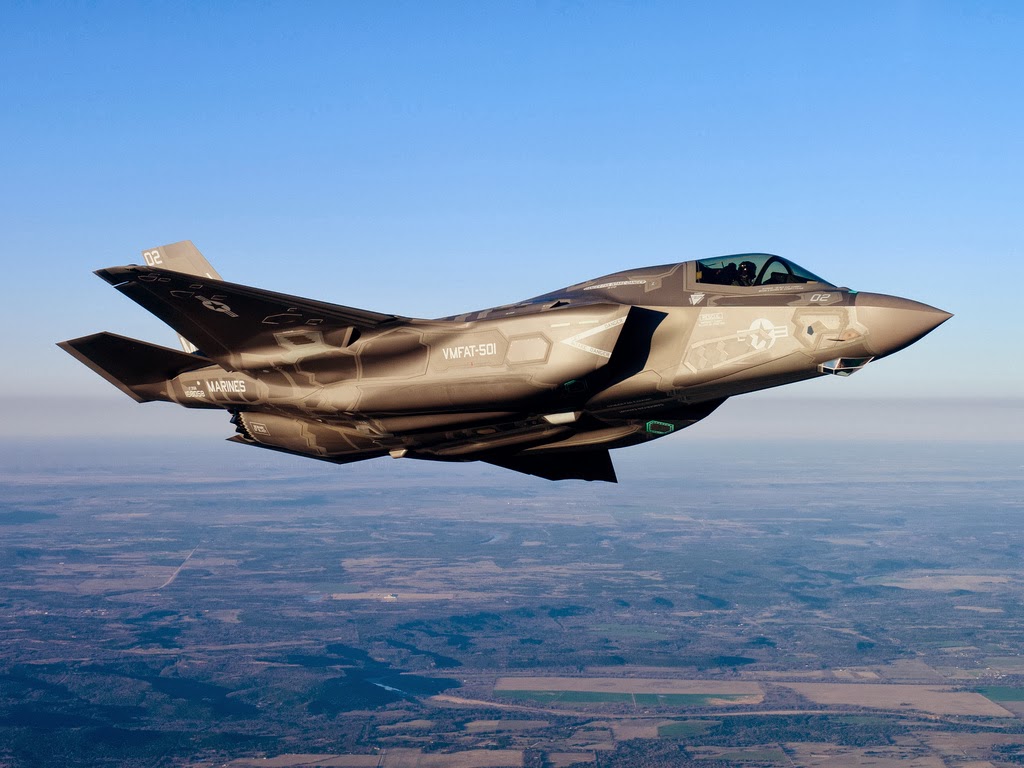 The F-35 is back in the news (what else is new).  This time, over the comments made by USAF General Michael Hostage.  While Hostage us adamant about the F-35's important, he goes on to state the F-35 would be "irrelevant" without the F-22 to provide support.

Regular visitors of this site will realize this is nothing new. I mentioned General Hostage's comments over a month ago.  I've also questioned the F-35's air-superiority chops in May of last year at the gripen4canada.blogspot.ca.

For those of you who missed it, I'll repost it here:

Contrary to some of the posts I have made on this blog, I don't see myself as a "F-35 hater".  I prefer to see myself as a "F-35 realist".  There is simply no denying that the JSF program has been controversial, as well it should be for a government contract that is years behind schedule and billions over budget.  I have no doubt, however, that the F-35 will eventually make up the backbone of American air power, as well as playing a dominant presence in the rest of the world's air forces.  I also believe that the F-35 will be a formidable strike fighter when serving alongside F-22s, Typhoons, and Super Hornets.

My ire towards the Canadian F-35 selection is because it is simply not right for Canada's only multi-role fighter.  It's simply a matter of balance.  The JSF is a "Strike" aircraft first, meant to penetrate into enemy territory, drop bombs on enemy assets, and then return safely to base.  Some might argue that the F-35 will be a highly successful air-to-air fighter as well, but I'm not buying it.  Why?  Because so much of the aircraft is built around its ground attack role.

The F-35's equivalent to the IRST (infrared search and track), called EOTS (electro-optical targeting system) is on the bottom of the plane...  Facing down, towards ground targets.  This is because the EOTS also replicates the Sniper XR pod currently used for ground attack targeting.  If it works as advertised (in the above video) the EOTS promises great ground targeting abilities. 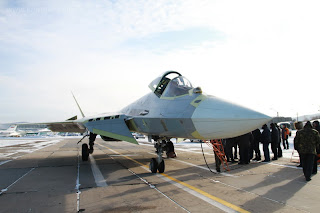 Other multirole aircraft, especially those that focus on the air-to-air role almost invariably house their IRST systems just at the base of the cockpit...  Facing up, mimicking the pilots point of view. Why?  The better to see enemy aircraft, and then fire a missile at said aircraft, if needed. 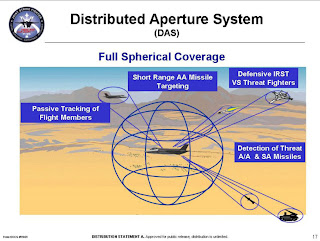 Of course, the F-35 will also have its EO DAS (electro-optical distributed aperture system) consisting of sensors located around the plane but this system is more defensive in nature.  Try as I might, there is little information to be found on the effective range of the EO DAS for use in "locking on" to an enemy fighter.  Traditional IRST's have a range of 50-80 km or more, depending on the target's heat signature. Whether or not the EO DAS can match this is likely "classified" for the time being.  Will the F-35's combination of EOTS and EO DAS match a traditional IRST in the ability to find, identify, and target enemy aircraft?  With both Russian and Chinese stealth aircraft in the pipeline, IRST abilities will become increasingly important for air-to-air engagements.

Further proof of the F-35's predominant strike role can be seen in its weapon bay design.  By default, the F-35 is intended to carry 2 AMRAAM missiles, along with 2 other weapons internally.  The weapon bays themselves were designed to fit the 2000lb JDAM guided bomb.  Other weapons, like smaller bombs, Joint Strike Missiles, and can also fit based simply on the fact that they are smaller than the "bunker buster" JDAM.

Needless to say, another AMRAAM can fit in the bomb "slot".  There is also talk about the ability for 2 AMRAAMs to fit there in the future, but so far there appear to be no definite plans.  Unlike the F-22, there is no current way to carry the heat seeking AIM-9 Sidewinder missile internally.  They can fit on an external pylon of course, but again, this renders the F-35 unstealthy.

Of course, stealthiness is not always needed, so for that, the F-35 can store up to 18,000lbs worth of weapons when using external pylons.  This exceeds the Gripen, the Typhoon, even the Super Hornet's abilities as a "bomb truck".  To put this in perspective, when combined with the F-35's internal fuel storage, this give it better range and payload to a B-17 bomber! 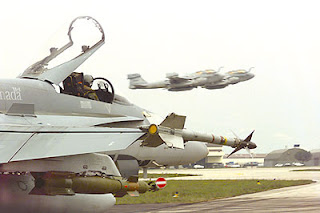 But...  Canada hasn't had need of a bomber since WWII.  Recent ground attack missions in Libya typically saw CF-18s fitted with 2 guided bombs combined with AMRAAMs and Sidewinders for self defense.  The CF-18's service over Bosnia was to enforce a no-fly Zone, meaning strictly air-to-air, combined with similar (2 bomb) light strike missions.  Operations over Iraq during the first Gulf War were similar, providing air cover and light strike missions.

By far, the CF-18's most important role has been in air policing.  During the Cold War, and even since, the CF-18's main role has been to keep foreign aircraft out of Canadian skies.  Although they are credited with "punching above their weight" during coalition actions, they didn't provide any service that could not be performed by another allied fighter.  On the other hand, only Canadian fighters can defend Canadian airspace.  This mission requires fast jets with air-to-air capability.  The USAF has F-22s stationed in Alaska, an aircraft that's capable of supercruise, supermaneuverability, and carries a mix of IR homing and radar homing missiles.

Would the F-35's stealth and greater bomb load made much difference over Iraq, Bosnia, and Libya?  Doubtful.  Will it make a difference in the future?  Possibly, but it's hard to say for sure.

If the F-35 finally matures into the fighter it is designed to be, it will undoubtedly be one of the best strike aircraft the world has ever seen.  But is that what Canada needs?  Do we need the ability to carry B-17 equivalent bomb loads into enemy territory?  Do we need to sneak into enemy airspace undetected?  Does stealth help us intercept incursions into our airspace?  The answer to all these questions is "No."  The F-35 may be a very capable strike fighter, but what its capable of, Canada doesn't need.

Canada's needs seem to favor an aircraft capable of interception, aerial superiority, and light strike.  With the F-35's slower speed and questionable aerial superiority claims, the JSF may be overqualified in one area, at the expense of the other two.