What is "interoperability" anyway?

October 21, 2013
I went off on a comment made by Billie Flynn the other day.  My first reaction was that he was making light of deadly war action, and likening combat action to "play".  As someone who has family injured in military action, as well as seeing the effects of PTSD, let me tell you; war isn't playing.

The comment itself describes one of the major buzzwords of the F-35 and Canada's next fighter acquisition program:  "INTEROPERABILITY".  It's commonly bandied about along with the terms "STEALTH" and "5th GENERATION".  I've discussed stealth at length before, and the "5th gen" argument has been done to death as well.  The interoperability discussion seems to have been put off, however, for one very simple reason...  It's a bit unclear what INTEROPERABILITY actually means.

The word sounds impressive.  It's easy enough to find definitions of it both in a general sense and as it pertains to military forces.  One can also find plenty of literature and articles relating to the subject.

At its heart, interoperability defines how well our forces interact with other allied forces.

Obviously, the more our gear, our training, and our tactics are to our allies, the easier it is to mesh together into a larger coalition force.  Our aircraft can share parts, our weapons can share the same supply of bullets, and our combat personnel can benefit from the same training.  Logistics are simplified, generals have a better idea of the capability of foreign units under their command, and communication amongst allied forces becomes easier.

Does it mean that all allied forces need to field the exact same equipment and the same tactics?

As the "electronic battlefield" continues to evolve, communication between units becomes more important than ever.  Allied units need to communicate and share data with each other in real time.  The current "gold standard" for communication is Link 16, which allows allied units to share information with each other in real-time over a secure connection.  This means a fighter can attack a target visible to not only it, but other units on the network (this is simplifying things, but you get the idea).

The good news, is that being a NATO standard, Link 16 isn't limited in its availability.  All the aircraft being looked at to replace the CF-18 have it, as does the CF-18 currently.

A possible future development is the use of AESA radars to convey data, turning fighter jets into mobile high speed "wi-fi hotspots".  Again, the good news here is that the F-35, F-18E/F, Typhoon, Rafale, and Gripen will be available with AESA radars.

What does the F-35 have to offer that the others don't?  Its Multifunction Advanced Datalink(MADL).  MADL offers the benefit of stealthier communications.  MADL has its limitations however, as it only works "line-of-sight" and, thus far, only the F-35 uses it.  Plans to integrate it into the F-22 and B-2 have been delayed, thanks to budget cuts.  The good news, is that MADL may eventually find its way on "4th generation" fighter jets like the Typhoon and Super Hornet.

Communication doesn't appear to be a serious issue.  Whatever platform we choose should be able to communicate with allied forces without too much problem. 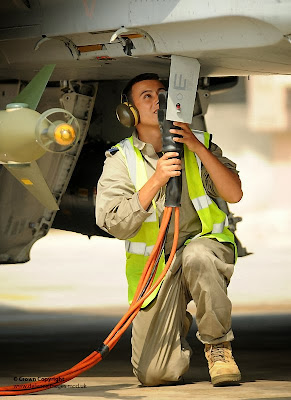 Having a common platform simplifies the parts supply chain, training, and mission planning.  Theoretically, Canadian fighter jets could be repaired by American ground crews using British provided parts.  Sounds good, doesn't it?  Realistically though, that's not going to happen.  Canadian jets will be the responsibility of Canada, and various bureaucratic and security concerns will ensure that remains the case except in the most dire of circumstances.  Asking an allied force for a spare jet engine isn't exactly like asking your neighbor to borrow a cup of sugar.

A common platform does have its limitations logistic wise.  A defect has the potential to ground entire fleets.  In the F-35's case, Canadian crews will be training in Florida for years before transitioning to Cold Lake.  Restrictions on certain systems will ensure that future upgrades are at the behest of the U.S. Government.

What is important, however are expendables.  Fuel, bullets, missiles, and other items should be easily available.  Exotic fuels should be shunned.  Missiles should be compatible with our current inventory, with the capability of adding our choice of more advanced missiles in the future.

Again, our choices here are pretty straightforward.  With the exception of the Rafale, all the jets offered to Canada use standard NATO weapons, and the Rafale could likely be modified easily enough.  The Super Hornet, Typhoon, Rafale, and even the Gripen participated in the 2011 Libyan campaign without serious logistic issues.  If anything, the exercise allowed the operators of said aircraft to "hammer out" any unforeseen issues.

More than anything else, Canada's fighter jet will be required to operate alongside current Canadian military assets.  Will the new fighter be able to fit in our current hangers?  Will runways need to be modified?  We already know that the F-35A isn't compatible with our current aerial refueling infrastructure...  What other surprises could there be? 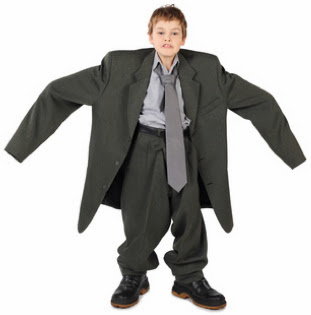 Does one size fit all?

Does a family of three on a middle-income budget purchase the same automobile as a millionaire family of 5?  Of course not.  They buy the best car they can afford, with emphasis placed on their needs.  If they need to tow or haul stuff, a pickup truck is in order.  If they commute a lot, perhaps a hybrid is in order.  If they enjoy camping or other outdoor activities, perhaps a SUV is in order.  That millionaire family?  They got a sports sedan, luxury SUV, a couple of motorbikes, junior has a sports car, sis has a nice convertible, and dad has that vintage muscle car that he breaks out on nice weekends.  Its a full garage, but everybody in the family is happy with their vehicle.

In this scenario, Canada is the middle-income family of three.  We have a modest military with a modest budget.  Yes, our neighbor's Land Rover looks awfully nice, but do we really need one just like it?

This is the case with the the F-35.  It may be a great fighter, but its designed and built with U.S. military needs in mind.  The U.S. military infrastructure is simply staggering, with plenty of airbases scattered across the U.S. and abroad.  They boast of 10 nuclear aircraft supercarriers, each capable of carrying Canada's entire CF-18 fleet.

The U.S. military budget for 2013 is $682 billion.  That translates to 4.4% of their gross domestic product (GDP).  By contrast, Canada's budget is a mere $22.5 billion, 1.3% of our GDP.  We are a larger country, with a much smaller population that spends much less on our military.  Obviously, we have different priorities.

Why are we shopping for the same fighter jet?

All of the potential alternatives to the F-35 have demonstrated the ability to operate as part of a much larger force.  The Typhoon is in widespread use with many of our NATO allies, as well as other nations.  The Rafale is the predominant fighter for France.  The Super Hornet is the predominant fighter for the USN and is in use by Australia.  Even the Gripen is in use by many friendly countries and uses NATO standard equipment.  All of these aircraft will be in widespread use for the foreseeable future, and will undoubtedly form parts of future joint military actions.  The introduction of the F-35 won't see these aircraft suddenly incapable of performing.

Is interoperability important?  Of course it is.  Does it mean we only have only one option to choose from?  Absolutely not.