In defense of a South Korean F-35

October 18, 2013
Much has been made about South Korea's confusing F-X III fighter acquisition project.  After considering the F-35, F-15SE, and Typhoon, all three options have been deemed unsuitable based on price or capability.  The Republic of Korea Air Force (ROKAF) has made their desire for the F-35 quite clear, despite the fact that is was the first fighter eliminated due to its uncertain cost.

Now, the contest has been restarted, and the JSF looks to be the leading contender, again.

I've been plenty hard on the F-35 in the past, and I certainly don't agree with the way the F-X III competition is being done, but you know what?  I actually think the F-35 will be a pretty good fit for the ROKAF. 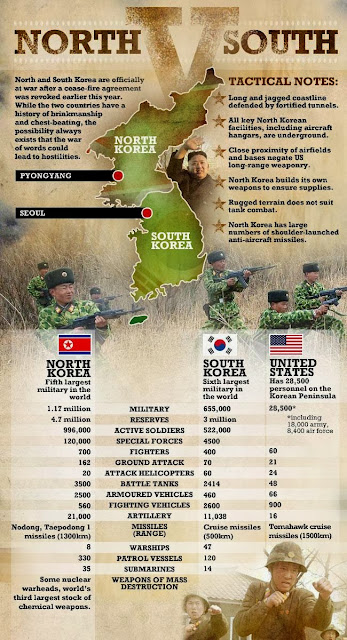 South Korea's rowdy northern neighbor has a comparatively large military force, but their equipment is old, outdated, and sometimes fake.  The F-35's stealth design will likely have little trouble slipping through North Korean defenses, if need be.  American B-2's seem to have made a point during Kim Jong-un's last bout of sabre rattling, it makes sense that the ROKAF would very much like to have a similar (if smaller) capability without having ask the Americans for help.

It's just not the North that South Korea needs to worry about, however.  The "Pacific Pivot" is very real.  China's intentions are still rather murky, and while a war with the U.S. is unlikely, its certainly not out of the realm of possibility, either.  Being a strong U.S. ally, South Korea would want to make it very unattractive to pick a fight with them, proxy or otherwise.  South Korea's economy is one of the few bright spots in the world today, and they obviously don't want that threatened in any way.  Having a first-strike specialist like the F-35 could cut down on the amount of outsiders willing to try South Korea's patience.

One of the F-15SE's biggest selling points was its commonality with the ROKAF's current F-15K "Slam Eagle".  Naturally, this would make service costs cheaper as well as other advantages.  But the ROKAF already operates 60 of these F-15Ks, which, being a more advanced version of the F-15E "Strike Eagle", are certainly nothing to sneeze at.  The ROKAF also operates 169 F-16s, the majority of which are the modernized "Block 52" version.  The two aircraft together form a very nice "high-low mix".  Since they are both very modern variants of well respected 4th generation fighter aircraft, they likely won't require replacement anytime soon.


The F-X III was not meant to replace F-15Ks or F-16s, however.  The F-X III is meant to replace the ROKAF's aged F-4 Phantom II and F-5 Freedom Fighter.  Needless to say, it shouldn't be to hard to replace these 3rd generation fighters with ANY modern fighter.  But why buy a fighter that fulfills a role provided by the F-15K (heavy strike) or F-16 (light, multirole)?  Instead, it makes sense to use the opportunity to procure more of a "niche" aircraft.  The F-35 brings something to the table that neither of the others do, a stealthy aircraft with superior detection and electronic warfare capabilities.

Just because the F-35 is a good fit for South Korea doesn't mean it's a good fit for Canada, however.  Canada's southern neighbor is the best neighbor one could ask for from a military standpoint.  The U.S. has the largest, most advanced military in the world, and we are the best of friends.  Our western, northern, and eastern sides are all protected by large bodies of water and ice, making invasion unlikely by all but the most determined foe.  We merely need an aircraft capable of policing our airspace, not one specializing in first-strike deterrence.

Canada is likely going "all-in" with its new fighter.  We won't have the luxury of choosing a beefier platform like the F-15 or a svelte workhorse like the F-16 from our fleet if our new fighter isn't up to the task.  We don't operate a "high-low mix" since we don't operate enough fighters to warrant that strategy at the present.  I have made the argument in the past that a high-low mix may prove beneficial for our next fighter fleet, however.

Now, this article is written from the standpoint that the F-35 will operate as advertised, and be available in the 2015-2020 timeline.  Again, South Korea has a good enough fighter fleet that a few more delays in acquiring shiny new F-35s won't make much of a difference.  Canada doesn't have that luxury.  Any substantial delays in acquiring new fighters would, at the very least, require additional costs for extending the CF-18's service life.  At worst, it could mean a substantial drop in Canada's fighter capability.  Neither option does much for Canada's military procurement reputation.

Only a fair and open competition can answer that question.